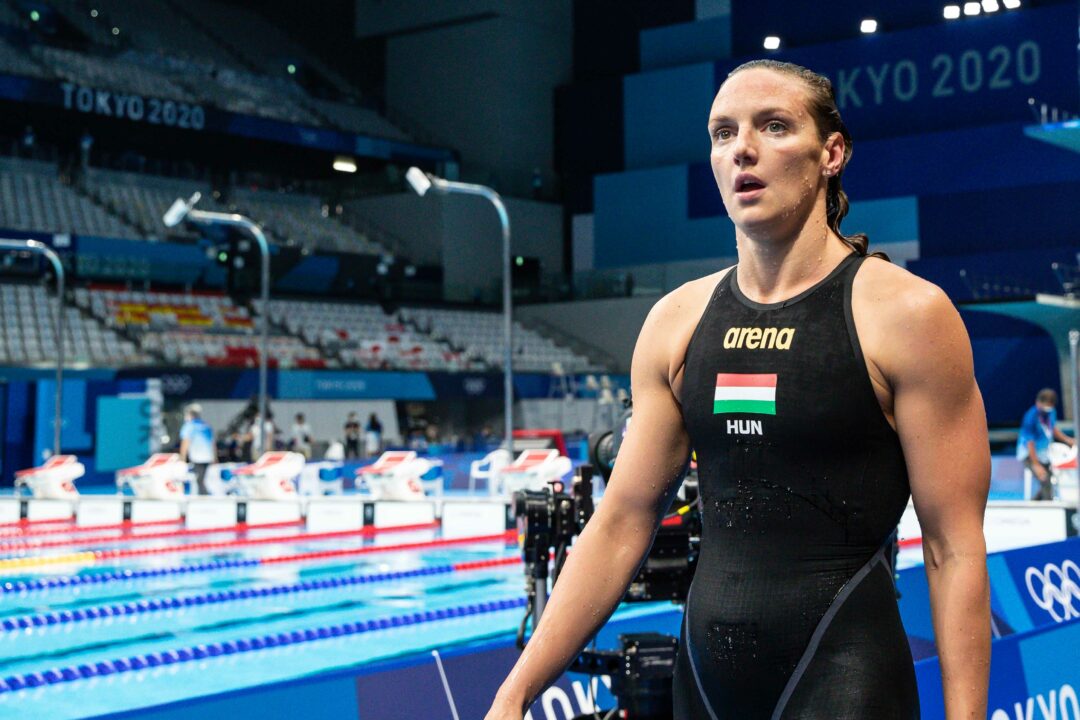 Hosszu was 4th overall this morning, swimming a 4:45.07, but she was the 3rd-fastest Hungarian in the field, making her ineligible to advance out of prelims. Stock photo via Jack Spitser/Spitser Photography

In a shocking result in this morning’s prelims of the women’s 400 IM at the 2022 European Championships, the top 2 seeds both failed to advance to tonight’s final. Most shocking of all, Katinka Hosszu, the World Record holder and defending European Champion in the event, will not be representing her country of Hungary in this final as she’s done so many times before.

Hosszu was 4th overall this morning, swimming a 4:45.07, but she was the 3rd-fastest Hungarian in the field, finishing behind Viktoria Mihalyvari-Farkas and Zsuzsanna Jakabos. European Championships rules state that each country is only allowed a maximum of 2 swimmers to advance out of prelims in any given event. As the 3rd-place Hungarian this morning, Hosszu is not eligible to advance and defend her European title.

The swim itself wasn’t great for Hosszu, who holds the World Record at 4:26.36. At 33 years old, Hosszu’s career is all but certainly in her final stages, and the days of her swimming a sub-4:30 400 IM appear to be gone. That being said, she won the event at last year’s European Championships in 4:34.76, over 10 seconds faster than she swam this morning. She also took 4th at the World Championships earlier this summer in 4:37.89, over 7 seconds faster than her performance this morning.

It wasn’t just Hosszu who failed to advance to finals tonight, however. Spain’s Mireia Belmonte, the #11 performer all-time in the event, finished 10th this morning in 4:48.18. That swim comes in 17 seconds off Belmonte’s lifetime best (4:31.21) and puts her as the 1st alternate for finals tonight. She was 4:35.13 at the Tokyo 2020 Olympics last summer.

The name is Viktoria, not Viktor. Viktor is a name for male.