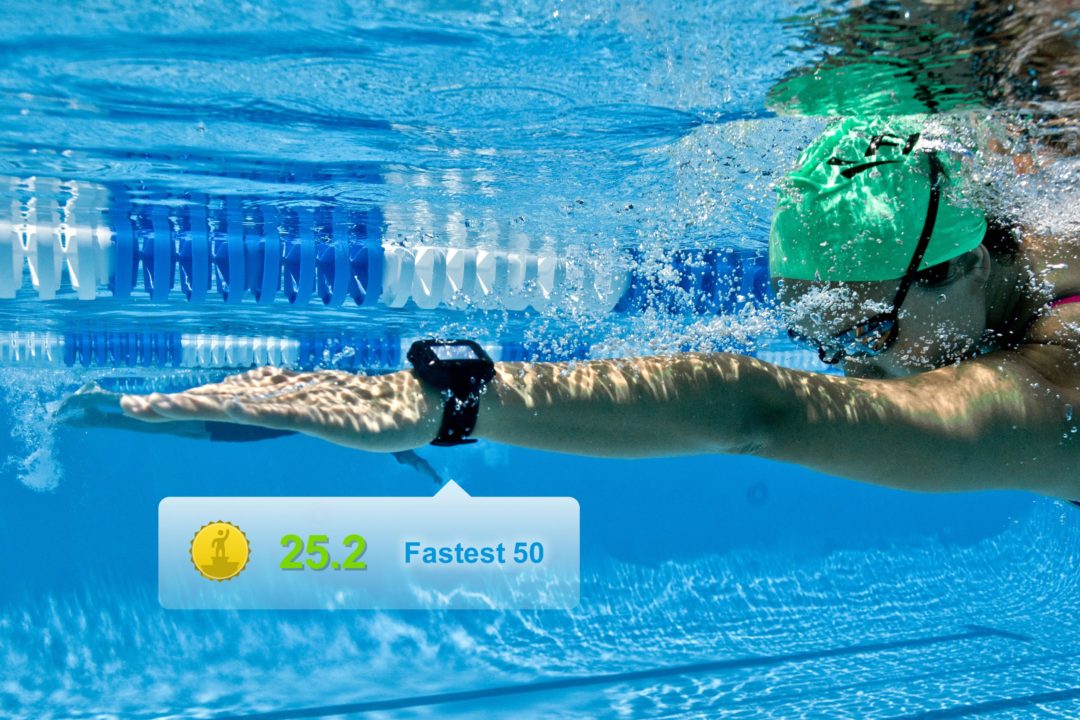 Swim.com launches into beta, bringing swimming one step closer to a future of constant connectivity and feedback. Current photo via Swim.com

This is a big deal.

I’ve watched the swimming market evolve rapidly over the last decade. Technology has been the driver of that progress every time. We’ve all witnessed it. Social media has become The Swim Network of our sport, every day, 365 days a year. It’s brought the culture, one that’s always been tight knit, even closer together.

SwimOutlet.com, swimming’s largest online retailer, has been a mover behind the scenes, supporting our sport at the governing body level, charitably, through a nationwide swim clinic tour, and by producing premium content like Gold Medal Delivery, Gold Medal Minute, and many others. Now, the company behind SwimOutlet.com, Spiraledge, Inc., a San Jose-based technology company, is launching Swim.com.

Swim.com harnesses technology to bring the swim-training culture among all ages and skill levels closer together by providing a platform compatible with most major swim watch brands for the first time.

At SwimSwam, we’ve known and been excited about Swim.com for a while. The architecture and management behind Swim.com is supported by SwimSwam co-founder Davis Wuolle. Wuolle is an affable giant, a 6-foot-8 inch former world-class breaststroker. Davis hasn’t shared much about this new platform for many months, just teasing us…until now.

“Swimming can be a lonely sport even in a busy pool, but we’ve built a platform that brings swimmers together and allows individuals to track and compare their workouts with others online,” said Davis Wuolle, VP, Product for Swim.com. “We’ve seen the popularity of this model in sports like running and cycling. Now with the wide variety of wearables on the market, such as the Pebble Smartwatch, we can offer swimmers an environment to compete, challenge and compare with others across Swim.com.”

Wearables. That’s the key word. If you haven’t noticed, there’s been explosive growth in smartwatches like the Pebble and anticipated Google Wear and Apple iWatch Devices. Already established in the market are swim training-specific devices such as Garmin Swim, Garmin fēnix & fēnix2, Garmin 910xt, Finis SwimsenseTM and the Swimovate Poolmate Pro line of products – all of them compatible with Swim.com. For the fitness swimmer (and serious swimmer), tracking and drilling down on data captured from workouts can be extremely rewarding and informational. We’re living in a world where every swimmer and coach on the planet will soon be able to download an app to their wearable and immediately begin capturing practice data, measuring sets against other swimmers or even entire teams. How would you like to track your performance and virtually swim alongside athletes at super clubs like NBAC or SwimMAC?  Or have a device give you live feedback on whether you’re approaching the perfect stroke?  The possibilities for wearable technology are endless, and Swim.com it seems brings us one step closer to the day when every swimmer is connected.

Swim.com is only in pre-beta right now, today, to select swimmers across the United States. Swim.com currently supports all the big name swim wearables in the market – and will roll out compatibility for the popular Pebble Smartwatch later this summer. The beta version will launch for desktop, with iOS and Android Swim.com apps on the way.

“Swim.com is committed to being the leading platform for the entire swim wearable ecosystem as more and more smartwatches, wearables and other waterproof tracking devices are introduced,” said Wuolle.

The core features of Swim.com include swim activity tracking, competition through leaderboards, the ability to share workouts and achievements through social media, and connecting with others in the swim community through clubs and facilities.  Swim.com syncs the data collected by an associated wearable during a swim and displays it in a simple, clean and informative manner.

“In the past, wearables and smartwatches in the swim space were focused on data collection for analysis sake, but now we’ve built an ecosystem to share and motivate,” says Wuolle. “For swimming, this could become a very powerful motivational tool, just like we’ve seen in cycling circles.”