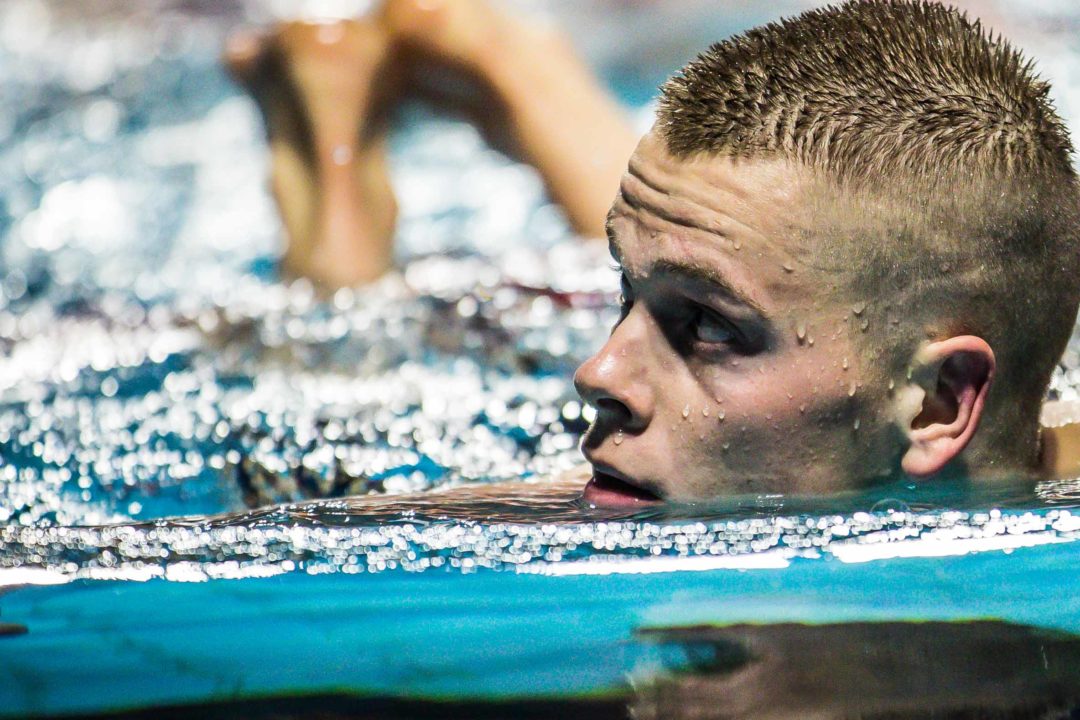 Rapsys, who won last year’s short course world title in the 400 free, was of the headliners for the ISL’s Energy Standard team, and is the second swimmer to leave the team in the last week after World Championship silver medalist Andrei Minakov. With the ISL taking place all in short course meters, a swimmer with Rapsys’ short course pedigree (he also won World Champs silver in the 200 free and has been a short course European Champ as well) would have a high impact.

Lithuania’s 15min news organization reports that Rapsys has withdrawn from the competition, citing a busy schedule and the financial benefits of focusing on the World Cup. Rapsys is currently running third in World Cup points, which would put him in line for a $50,000+ bonus at the end of the series and likely six-figure earnings on the series as a whole.

“Plans changed,” Rapsys said in the 15min story. “We will no longer enter the ISL competition. It was a hasty decision, perhaps not made at the opportune time, but we will go to all stages of the World Cup.”

“If we take the numbers, it was not difficult to make the decision,” Rapsys said in a rough translation of the original Lithuanian, “but morally more complicated, because teams have already been formed.”

In the 15min story, Rapsys also mentions his need to focus on long course meters leading up to the 2020 Olympic year. The World Cup is taking place entirely in long course meters, while the ISL will be in short course meters. The travel schedule between the World Cup and ISL would have kept Rapsys very busy, and he said his main focus is on preparing for the Short Course European Championships in December and the Tokyo Olympics in 2020.

You can see the remaining members of the Energy Standard Club (and the seven other ISL clubs) here. The ISL season begins on October 5-6 in Indianapolis. The FINA World Cup resumes on October 4-6 in Budapest, Hungary.

Perhaps even a false start

Wow. Feels like so many international athletes are dropping out of their ISL teams. Maybe they feel with it being the year of the Olympics, all the travel and non LC racing will effect their metal chances?

Yea, it seems like they maybe should’ve wait until the year after the olympics when publicity is high and a lot of athletes are burned out and could use a fun thing like this. Of course I’m sure the ISL people know way better than me.

Isn’t publicity higher the year before than the year after?

The participation bump comes the year after. Can’t be certain which way the publicity bump would go for something like this.

The ISL is a great concept but this is a difficult year for any hopeful Olympic medalist to rationalize allocating much attention to considering how all consuming the Olympic prep year is in terms of intensity & focus. My sense is a lot of athletes are reconsidering based on their instincts to keep both their physical & mental routines steady & contained. A bunker mentality is for best.

Big blow for Energy Standard after Minakov already withdrawing the other day. Who can blame Rapsys tho? LCM’s where it’s at.

Agree about not blaming him, but LCM isn’t always where it’s at, though it is the big gorilla. I enjoy SCM too; for instance, watching Katie L take a crack at the 1500 SCM WR soon in ISL.

Not sure that team will get to all meets.

If the money chances at ISL are even smaller than at Fina World Cup, then of course you can’t blame the swimmer. They didn’t fulfill their promise to let the swimmers earn more.