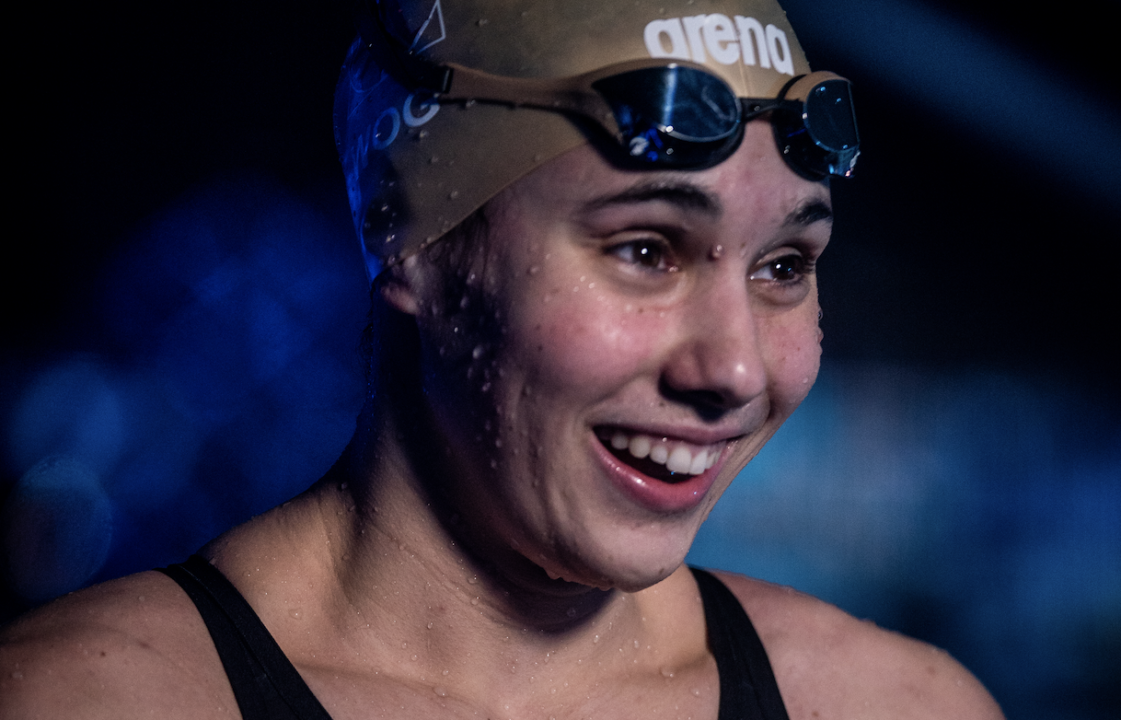 Kelsey Wog swam to victory in the 100 breast on night 2 of 2021 Canadian Olympic Trials to make her first-ever Olympic squad. Archive photo via Mine Kasapoglu

The second night of racing at the 2021 Canadian Olympic Swimming Trials concluded and based on our predictions, Canada has gotten up to 11 individual event qualifiers for Tokyo 2020.

Note: This is a presumptive list based on results from the 2021 Canadian Olympic Trials and has not yet been made official by Swimming Canada

That means that neither woman is likely to return to the team in 100 breast, missing out on a shot at improving upon their finishes in Rio. At the 2016 Games, Nicol placed 5th overall in the event with a 1:06.68 while Smith finished in 18th with a 1:07.41.

Smith will have another chance at qualification and is entered as third seed in the 200 breast behind Wog and pre-selected Sydney Pickrem. Nicol on the other hand is not entered to swim any more events.

The major storyline, however, to come out of the session was 14-year-old Summer McIntosh‘s monster 1:56.19 200 freestyle. That swim for McIntosh is a world-class swim in its own right, let alone for a 14-year-old.

That swim for McIntosh was well under the 1:57.28 FINA A cut, meaning that she looks to have added her name to the Olympic roster in the event. That could be the second event she’s qualified to swim in Tokyo as her season-best of 4:05.13 is under the FINA A and no women who raced the event on day 1 got under the required 4:07.90.

In addition to McIntosh, Penny Oleksiak will race the 200 freestyle individually in Tokyo, having been pre-selected for the event earlier this year.

Of those 4 potential additions to the 4×200 freestyle relay team, Savard is the only current Olympic qualifier after placing 2nd in the 100 butterfly on day 1.

Gabe Mastromatteo is also now on the maybe list for Tokyo as he missed as he hit a 1:00.75 to win the final and was faster in the morning with a 1:00.11. He took gold but both swims were above the 59.93 Olympic cut.

Mastromatteo likely won’t swim the event individually but could still be named to the team for the men’s 4×100 medley relay.

There was a solid race in the men’s 200 freestyle and 3 men cracked 1:50 but nobody hit the FINA A standard of 1:57.02, meaning that no one will make the team for that event.

I believe they’ll be taking Masteomatteo for the medley relay

Yep. And if they don’t enter him in the Ind 100, that will make NO sense whatsoever. He’s got the Fina B time and is the Trials winner, no one faster or with the Fina A time in the recent qualifying period. If nothing else you want your relay swimmers to get in a ‘warmup’ race if at all possible.

I hope they take Brothers in the 2 and 4 free as well. Again the dual winner, under Fina B, and no one faster. I understand MacIntosh getting the 400 slot despite not racing it here, falls under category 5 of the selection criteria. Brothers and Fina B times category 6.

Fingers crossed for Peter in the 800…

Those 200 times are awful

I am so glad Canadian swimmers don’t make EXCUSES