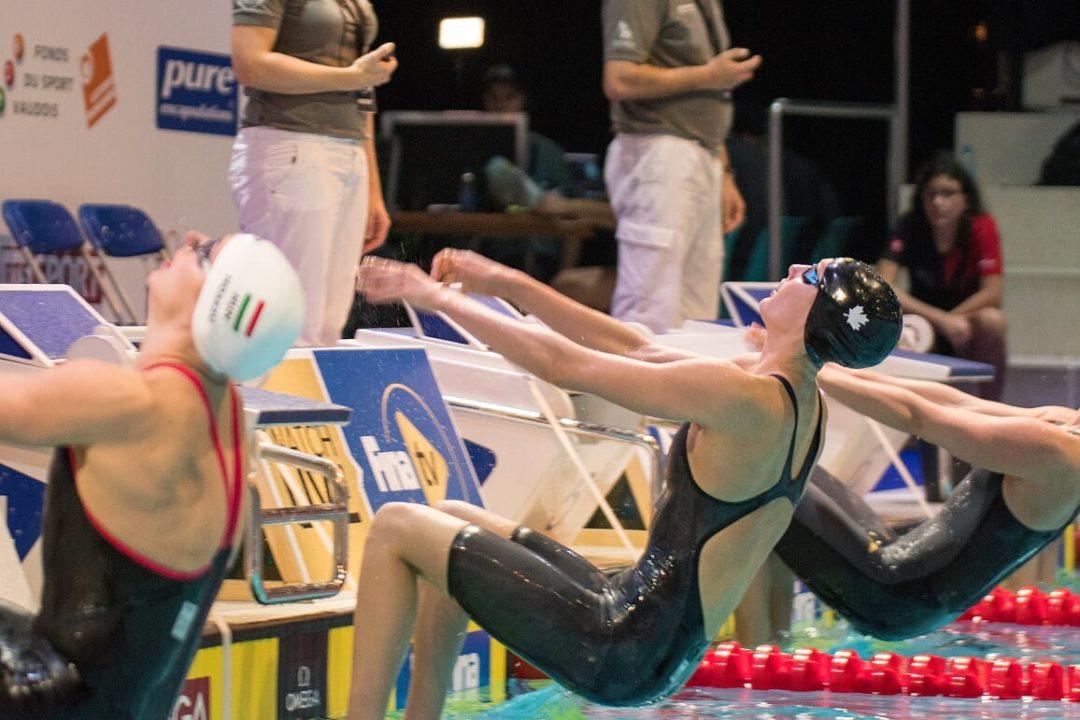 On the final day of racing at the Canadian Trials, Cole Pratt and Taylor Ruck will have a shot at adding the 200 backstroke to their 2020 Olympic program. Archive photo via Kevin Reust

After breaking the 100 backstroke national record earlier this week, Kylie Masse returned on the final day of racing at the 2021 Canadian Olympic Trials with a 2:09.30 200 backstroke prelim swim.

Masse looked pretty comfortable during the race and will be expected to swim a bit faster during the finals, hoping to get closer to the 2:05.94 Canadian record that she swam at the 2019 Canadian World Championship Trials. Masse already has a spot on the team in the event and will be racing both the 100 and 200 backstroke in Tokyo.

Having already qualified to race the 100 freestyle and 100 backstroke, Taylor Ruck will have a shot during the finals to add the 200 backstroke to her event lineup in Tokyo. Ruck swam a 2:11.46 prelims which is 5 seconds slower than her 2:06.36 PB from the Atlanta stop of the 2018 Pro Swim Series. In order to qualify, Ruck will need to be a little bit faster than she was in the prelims as the FINA A cut sits at a 2:10.39.

Thormeyer’s pre-selection means that only the top finisher in the final will be named to the team, assuming they get under the FINA A. Pratt’s biggest competition for that top spot will be Ritchie Stokes who delivered a 1:59.87 best time during the heats which marked his first time under 2:00 in the event.

Any chance Acevedo pulls it off? He has been floating in the mornings so that doesn’t give any indication!