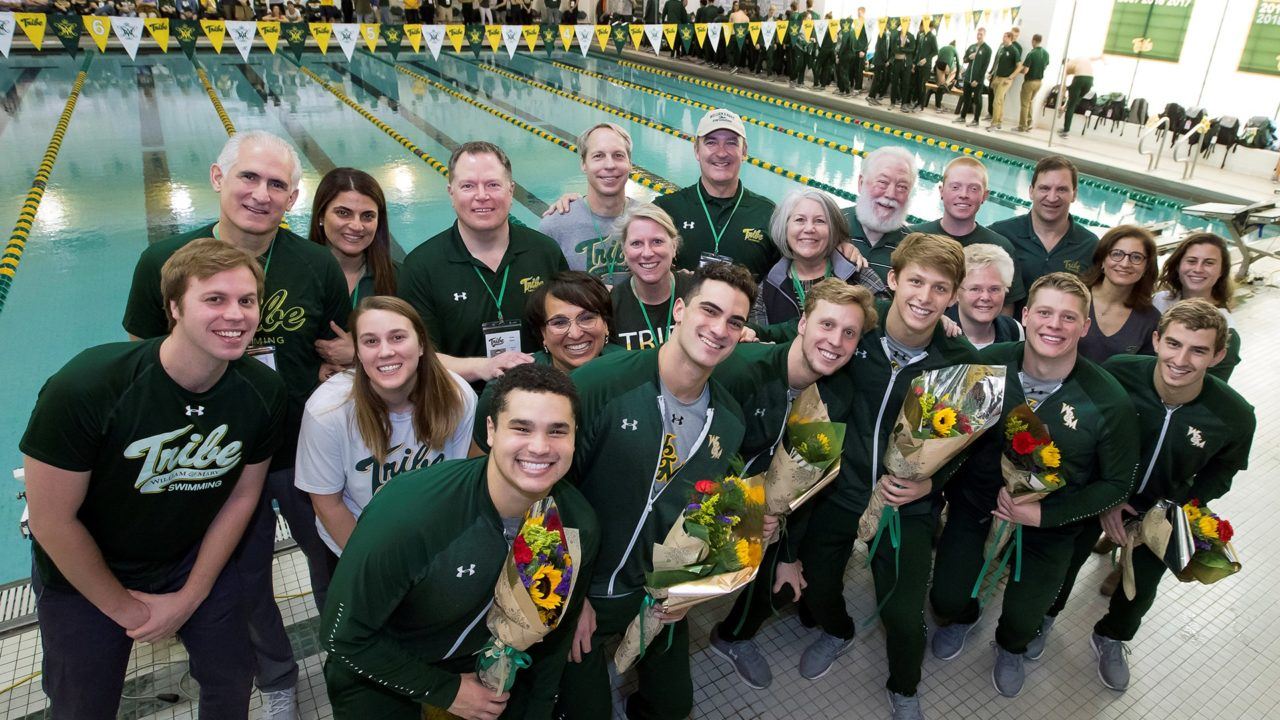 The first day of the 2019 CAA Championships featured conference records, come from behind victories, a 20.2 fly split, and the W&M men taking their 9th-straight title in the 800 free relay. Current photo via courtesy William & Mary Athletics

The 2019 CAA Championships opened up today in Christiansburg, VA, with the 200 medley and 800 free relays for both men and women, as well as the men’s 1m diving. The William & Mary men are looking for their 5th-straight conference title, while the women of James Madison are aiming to defend last year’s crown.

Both William & Mary and Towson were under the old meet and CAA record in the men’s 200 medley relay. The Tribe were able to build up a strong lead on the first two legs, as Colin Demers led off in 22.20 and Devin McNulty went 24.23 on the breast leg. They needed that lead, as Towson’s Jack Saunderson, a USA National Team thanks to his big performances this summer, split 20.23 on the fly leg, which would be a respectable time in a NCAA final, and Matthew Essing anchored in 19.19. But William & Mary hung on to win 1:26.71 to 1:27.39.

Meanwhile, the William & Mary men came into tonight having won the 800 free relay eight-straight times here. Last year, Drexel made things interesting, coming within four-tenths of a second of breaking W&M’s streak, but the Tribe looked determined to not let it get that closed this year. Ben Skopic put W&M in the lead after the first leg with a 1:37.90, and they got a pair of 1:36 splits from Colin Wright and Eric Grimes, with Carter Kale‘s 1:40.0 sandwiched in between, giving them an overall time of 6:31.47 and an almost-three second margin of victory. Drexel was in 2nd for most of the race, but Saunderson anchored Towson in 1:36.21 and touched just ahead of Drexel, 6:34.28 to 6:34.33.

On the men’s side, Drexel has the lead, but look for W&M to start closing that gap tomorrow, as they are always in a deficit after the first day as they do not have a dive team.