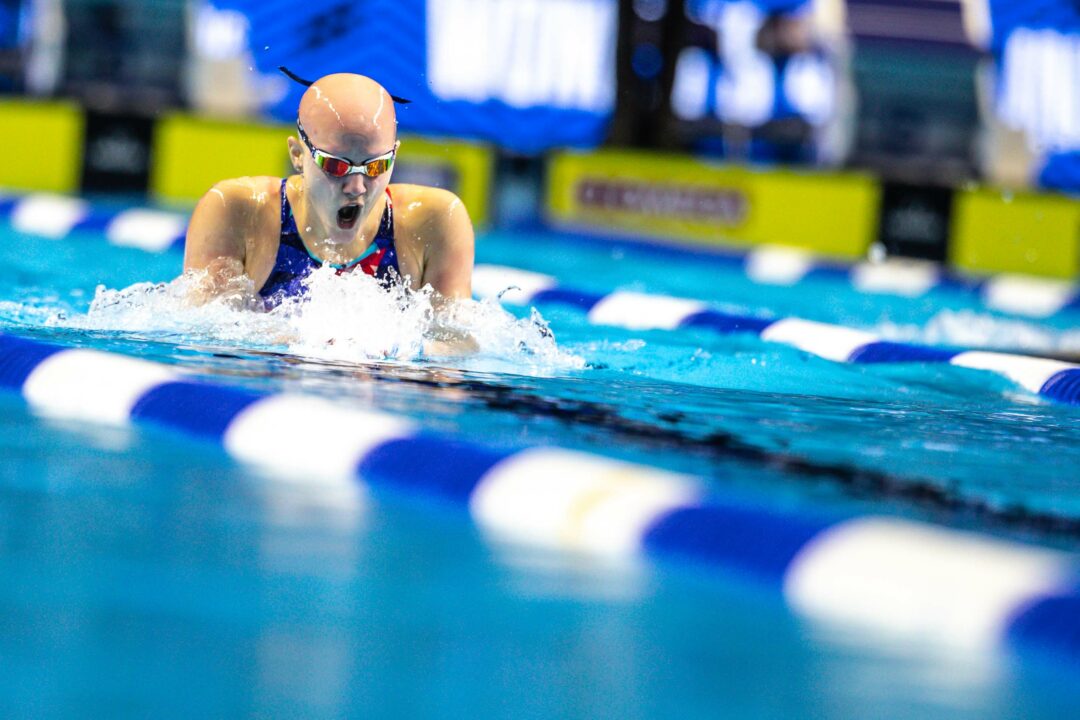 Leah Hayes and Charlotte Hook both went lifetime-bests in tonight's Olympic Trials semifinal of the 200 IM, both cracking the top 20 in age group history. Current photo via Jack Spitser/Spitser Photography

Leah Hayes and Charlotte Hook both went lifetime-bests in tonight’s Olympic Trials semifinal of the 200 IM, both cracking the top 20 in age group history.

The 15-year-old Hayes, of the Fox Valley Park District Riptides, went 2:12.89 in tonight’s semifinal round, taking 10th overall and dropping two-tenths off her lifetime-best.

Hayes went 2:13.06 back in 2019 – that still sits #2 in the 13-14 age group history behind only Missy Franklin. Hayes has since aged up to the 15-16 age group, though she’s still on the younger end of that bracket at 15. Her swim tonight moves her up to #12 all-time in that age group, two spots ahead of former world record-holder Ariana Kukors.

The National Age Group record is a 2:10.41 set by Katie Hoff back in 2005. Hayes is about 2.4 seconds off that record with a full year left in the age group.

Meanwhile, in the same semifinal, 17-year-old Charlotte Hook also moved up in her own age group’s history. Hook went 2:13.04, taking six-tenths of a second off her best time. Like Hayes, Hook’s best time comes from several years ago, when she was down an age group. Her big swim today moves her to #19 in 17-18 age group history, and just like Hayes, she has a full year left in that age group.

Always nice to see someone from the the Fox River Valley succeed. Congrats Ms. Hayes you look to have a long career ahead of you.

Hot Takes for the Rest of Trials