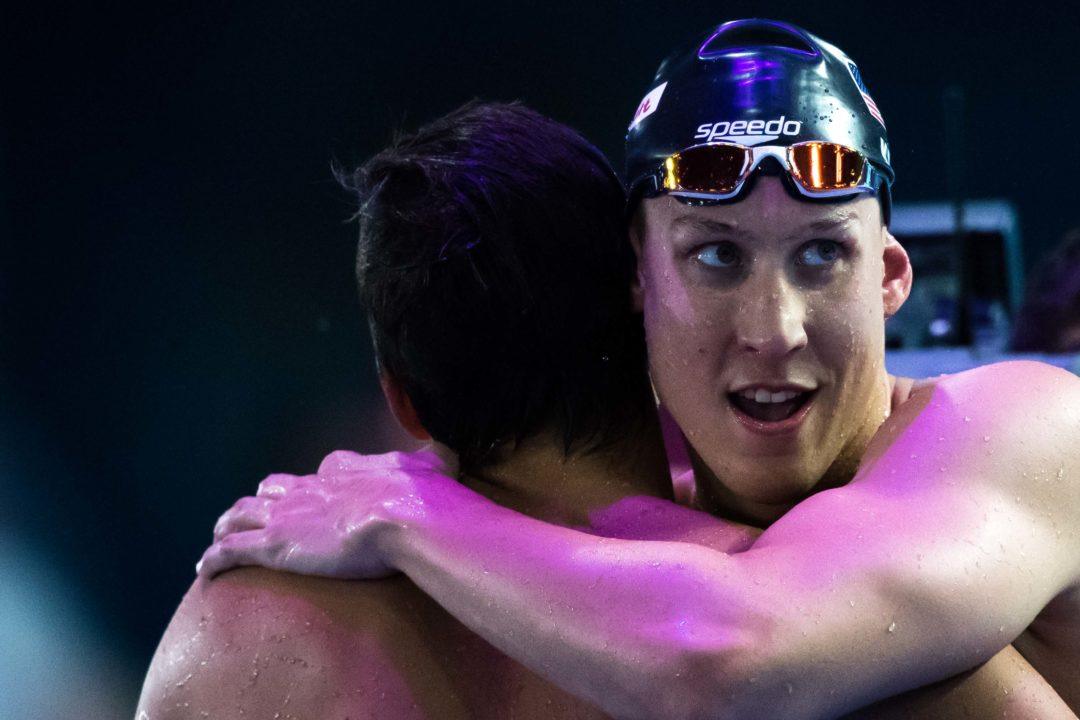 The 2018 Pro Swim Series starts up this weekend in Austin, and with the addition of a SwimSquad team battle-for-the-title, new shoot-out stroke 50 events, the mixed 400 medley relay, and a "mystery stroke order" 200 IM, 2018 is shaping up to be a particularly exciting year. Current photo via Mike Lewis/Ola Vista Photography

Jared Anderson contributed to this report

The 2018 Pro Swim Series starts up this weekend in Austin, and with the addition of a SwimSquad team battle-for-the-title, new shoot-out stroke 50 events, the mixed 400 medley relay, and a “mystery stroke order” 200 IM, 2018 is shaping up to be a particularly exciting year.

As always, prize money will go to the top finishers in every event, and a $10,000 bonus and a one-year lease of a BMW vehicle go to the high-point winners in the men’s and women’s categories at the end of the series. (Last year, Katie Ledecky accrued $5,300 in winnings before the high-point bonus***, while Chase Kalisz totaled a pre-bonus $5,400 on the men’s side.) The SwimSquad competition throws even more excitement into the mix, as the all-star captain of the winning team (Lenny Krayzelburg, Jason Lezak, Natalie Coughlin, or Kaitlin Sandeno) will win $10,000 to donate to the charity of their choice.

***She didn’t accept the prize money or car lease (as many swimmers don’t and won’t) due to NCAA amateurism rules. If an NCAA-eligible athlete finishes first in the series standings, the bonus passes on to the next-highest eligible athlete.

Individual Olympic events will yield prize money for the top 3 finishers. (Olympic events now include the men’s 1500 and women’s 800 freestyles). They will also yield points to count toward the end-of-series high-point winners.

Points will be accrued over all 6 stops as well as U.S. Nationals (which counts for double points). The male and female winners will earn $10,000 and a one-year lease of a BMW.

Prior to each meet, the captain will select 6 swimmers from their overall roster to score. Each of the six athletes is designated for one specific category, and can score in up to two events from that category. The categories are:

The captain of the team with the most SwimSquad points at the end of the season will win $10,000 to be donated to the charity of their choice. You can see the full SwimSquad rosters here.