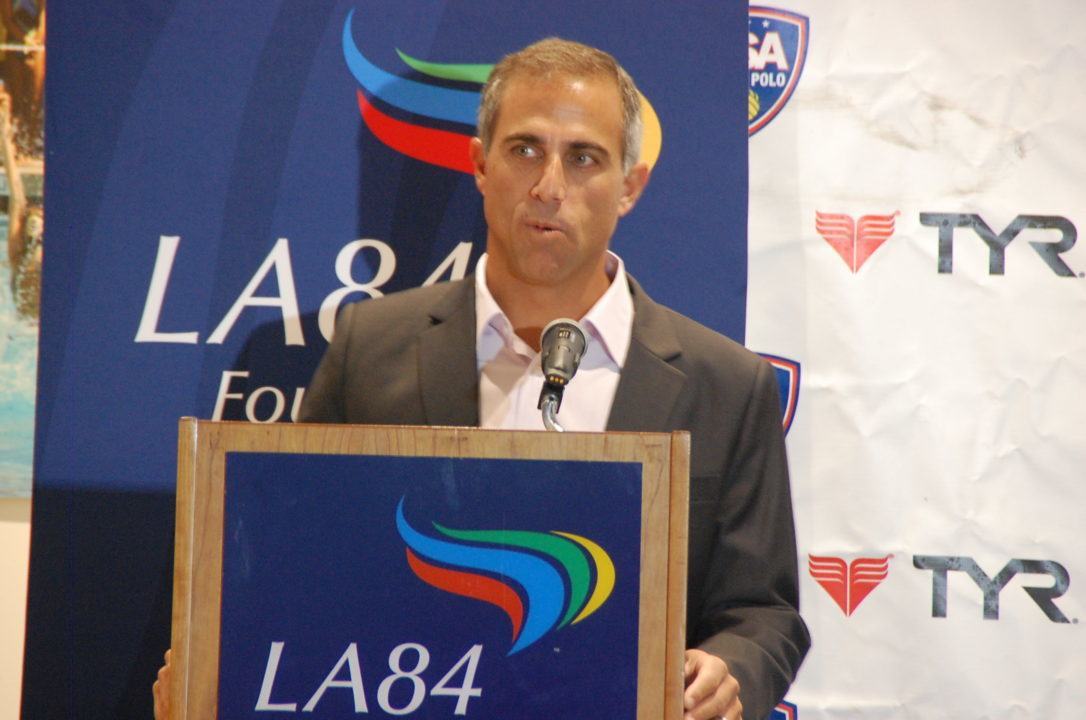 Krikorian had to leave Rio following the unexpected news of his brother's death, but that didn't stop him from returning days later and leading the team on a 6-0 run to their 2nd-straight Olympic gold. Archive photo via Anne Lepesant

Members of the United States Olympic Committee (USOC), U.S. Olympic Team, and U.S. Paralympic Team gathered in Washington, D.C. on Wednesday for the USOC’s Best of the Games ceremony. At the ceremony, women’s water polo head coach Adam Krikorian was honored as the Coach of the Games.

While in Rio, Krikorian was informed of the unexpected death of his brother, Blake Krikorian, and had to leave the Games to return home and be with his family. Days later, he returned to Rio to lead the USA women on a 6-0 run to their 2nd-straight Olympic gold medal.

What that, the Team USA women became the first team to ever defend their Olympic title. They’re now also the only team to have medaled at every Olympics since water polo was first added to the program in 2000.

Krikorian has been head coach of the women’s senior national team since 2009, and has helped Team USA maintain its #1 world ranking for the majority of his time with the team. Of the 17 major FINA Championships he’s led them to, the team has won gold in 14 of them.