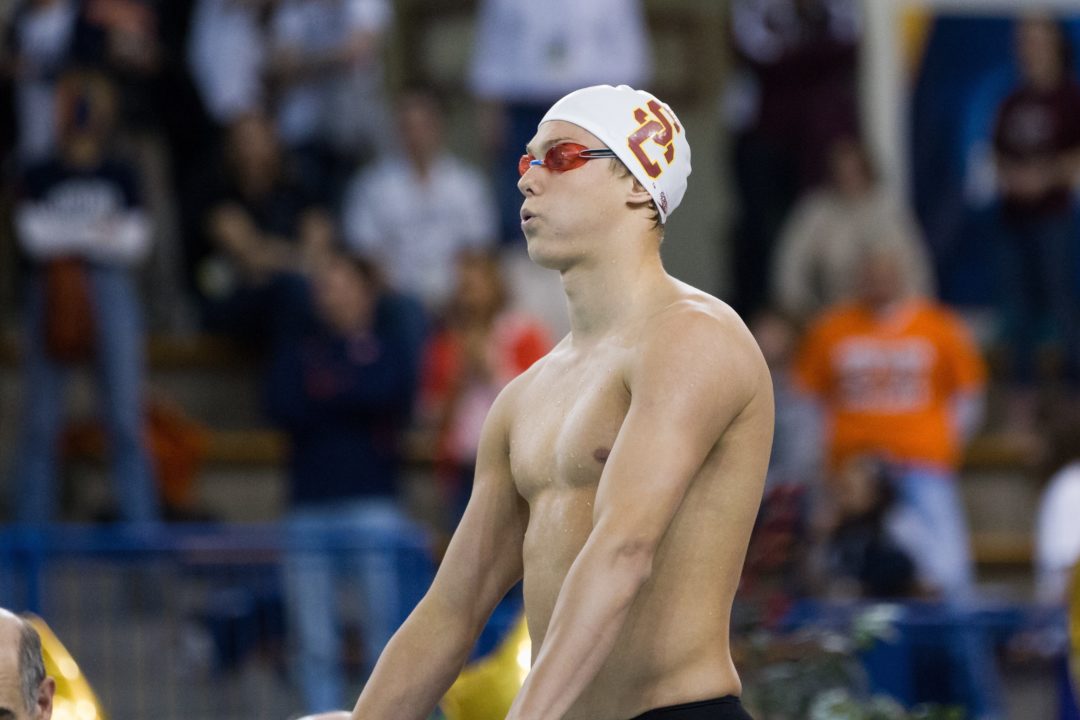 We’ve seen a second Russian swimmer scratch an individual event to focus on the 400 free relay; so concerned are they at a medal (possibly as high as gold) in this very tightly-bunched relay, that Vlad Morozov has scratched the 100 back semi-finals.

Morozov qualified in a tie for 10th in the prelims with countrymate Arkady Vyatchanin in 54.01, but realistically didn’t have much of a chance at a medal. That race was his first qualification for this meet at Russia’s Olympic Trials, and he followed it with a 4th-place finish in the 100 free to earn a relay spot.

The Russians qualified 4th in that 400 free relay in 3:12.77, just half-a-second behind the top-seeded Australians. He is likely to be joined by Danila Izotov, who swam well in the 200 free prelims, Nikita Lobintsev, and Andrey Grechin, who have all been 48.1’s and 48.2’s this season.

The scratch will move Greece’s Aristeidis Grigoriadis into the 16th spot, with a 54.52. Grigoriadis also made the semi’s at the World Championships last year.

Russia’s Evgeny Lagunov scratched the 200 free before the meet started to focus on this relay too, but that decision didn’t pay off as he only split a 48.3 and is unlikely to get a second swim.

As a belgian , i am even surprised Belgium is in the final …woww welldone guys

Yeah congrats to Belgium I thought that was great!!!

The 3 first are really close …gonna be a battle of giants . Go usa

The Russians are really serious about winning the gold.