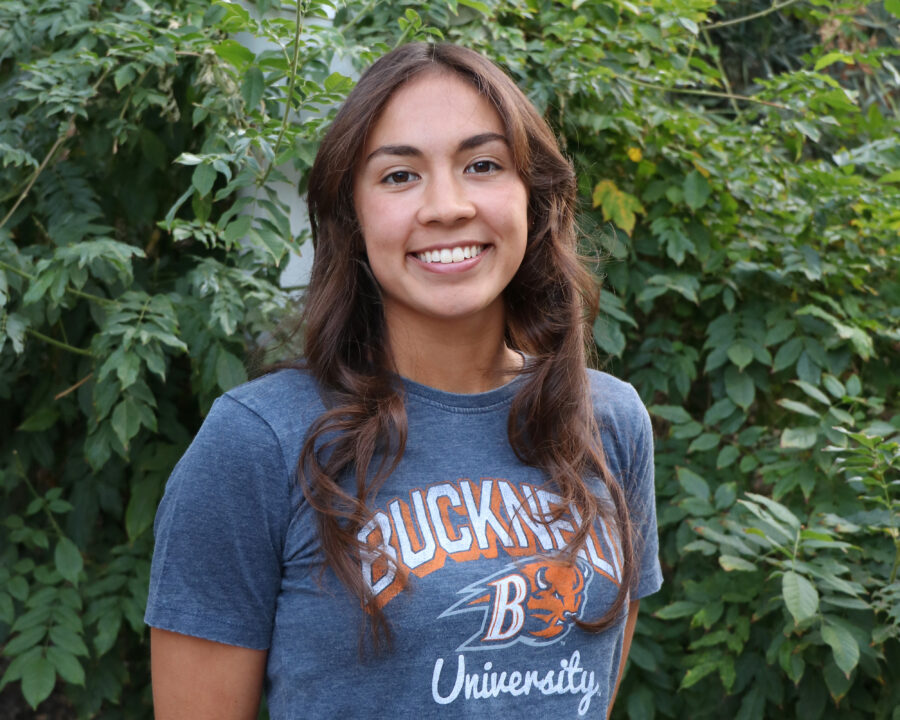 Kelly will come to Bucknell with times that will put her on the bubble between finishing in the A and B-finals at the Patriot League Championships.

Making the long trip from Danville, California to Lewisburg, Pennsylvania next fall, Kyla Kelly has announced that she will be joining the Bucknell University swim team in the fall of 2022. Kelly currently swims for the Crow Canyon Country Club Sharks and for Monte Vista High School.

I’m so excited to announce my commitment to swim and study at Bucknell University and join such a proud community! Thanks to God, my family, and all my coaches and teammates for supporting me on this journey. ‘Ray Bucknell!!! 🧡🦬💙

Kelly has the potential to be a huge addition to the Bucknell team when she arrives on campus next fall. Her times in the 100 and 200 freestyles would have been among the program’s best over the past two seasons, giving her a good chance at being a part of the team’s conference relays. During the 2020-21 season she would have been the team’s fastest swimmer in the 100 back, although sophomore Esme Hunter has already been 56.48 this season.

As well as Hunter, Kelly will also have two years of overlap with NC State transfer Abigail Doss. After swimming for the Wolfpack last year, Doss returned to her home state to join Bucknell. She joins the team with multiple times that are at or below the current school record and overlaps with Kelly in multiple events.

Last season Bucknell didn’t compete at a conference championship, instead hosting a tri-meet at the end of April to give athletes a chance to race. The team’s last Patriot League Championship came back in 2020, when the Bucknell women finished second to Navy. Back in 2020, Kelly’s best times would have placed her firmly within the B-final of her events.

Kelly is set to be a part of a strong incoming group of freshmen for the Bison women. The class of 2026 currently includes Emma Feld, Megan Leyden, and Claire Kehley, all of whom look poised to score points at the conference meet during their freshman year.