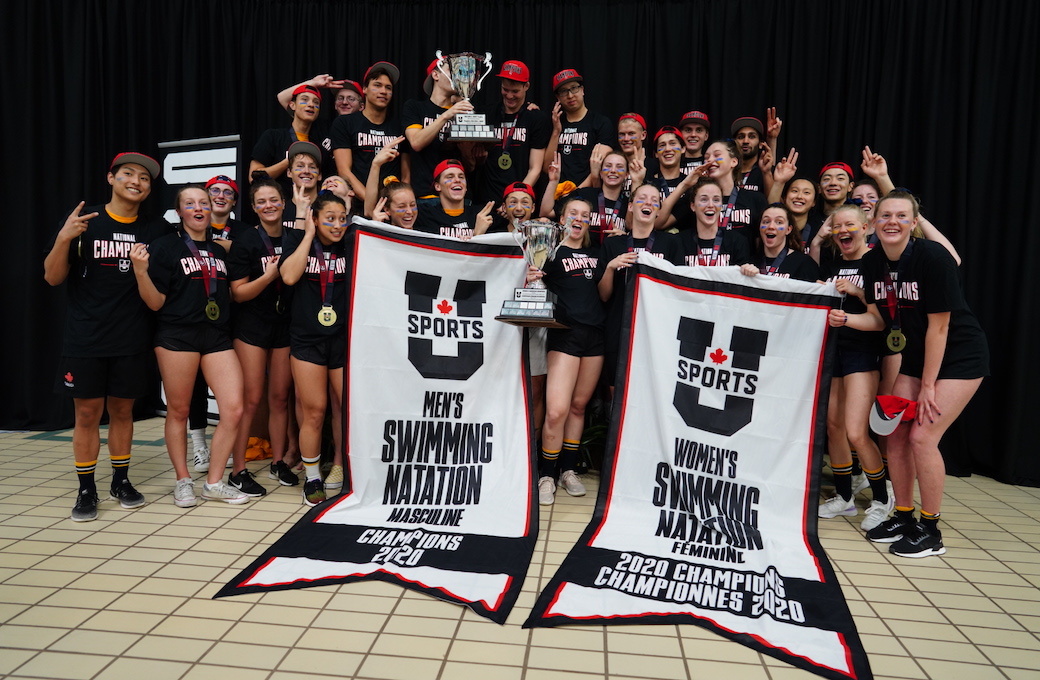 It was announced today that Canada's national collegiate system; USports, has canceled all 2021 national championships for winter sports. Current photo via U SPORTS

It was announced today that Canada’s national collegiate system; USports, has canceled all 2021 national championships for winter sports. This mass cancellation includes the 2021 USports swimming championships which were scheduled for February 26-28, 2020 at the Université Laval in Quebec City, Quebec.

The announcement comes following months of deliberation amid the COVID-19 pandemic. Speaking on the matter, U SPORTS Interim Chief Executive Officer, Dick White said that “following consultations with the four conferences, we agreed that student-athlete safety remains our top priority,” “It is not logistically possible for teams to be traveling across the country at this time. Therefore, U SPORTS is in the unfortunate position where we are unable to offer the 2021 winter championships.”

Providing further context, U SPORTS Chief Sport Officer Lisette Johnson-Stapley said “our hosts are facing a variety of challenges due to COVID-19, including travel restrictions and limits on public indoor gatherings that impact event planning. We look forward to providing the hosts of the canceled 2021 national championships the opportunity to host in future years.”

In addition to swimming, the winter championships for basketball, hockey, track and field, volleyball, and wrestling were also implicated in the decision.

So far, Ontario University Athletics is the only conference to cancel all regional championships for winter sports in 2021. The conference announced today that no winter sports would compete until March 31, 2021, at the earliest.

Canada West has announced that basketball, volleyball, hockey, wrestling, women’s rugby 7s 2021 championships are canceled, with a decision yet to come on curling, track and field, and swimming.

The Quebec Student Sports Network made a different call, canceling all sporting competitions in the conference effective immediately, until January 15th with a final decision regarding winter championships yet to come.

As for the AUS, the conference has announced the formation of a committee to determine the fate of the 2021 winter championships. AUS President John Richard said the following on the matter;

“We’re pleased by the directive we’ve been given by our board of directors to allow a committee of dedicated individuals to explore possible options for AUS competition in the winter semester”, “As athletic directors, we are passionate about sport and we believe in its value not only to our student-athletes, but to our campuses and surrounding communities. We welcome the opportunity to seek out safe and viable ways to resume competition this season.”

The 2021 AUS Championships are scheduled to be held in February 2021. Setting the conference apart from the other 3 is the low number of cases in the four Atlantic provinces relative to the rest of the country. Since July 3, 2020, the four provinces; Newfoundland & Labrador, Nova Scotia, New Brunswick, and Prince Edward Island have been involved in a “bubble” allowing people to travel across borders without isolation. Since then, cases of COVID-19 have been fairly scarce until a recent outbreak in New Brunswick which has lead the province to a current total of 89 active cases and of October 15, 2020.

The severity of the decisions made by each conference is roughly congruent with the level of COVID-19 cases still active and the number of new cases recently reported in each conference’s region;

*While the University of PEI is a member of the AUS conference, they do not have a swim team active in the league

When it was announced over the summer that all fall championships were canceled, USports announced that “eligibility will not be charged in sports where there is no U SPORTS championship offered this fall.” While not explicitly stated in the FAQ released today by USports, it remains possible that a similar call will be made for winter sports.