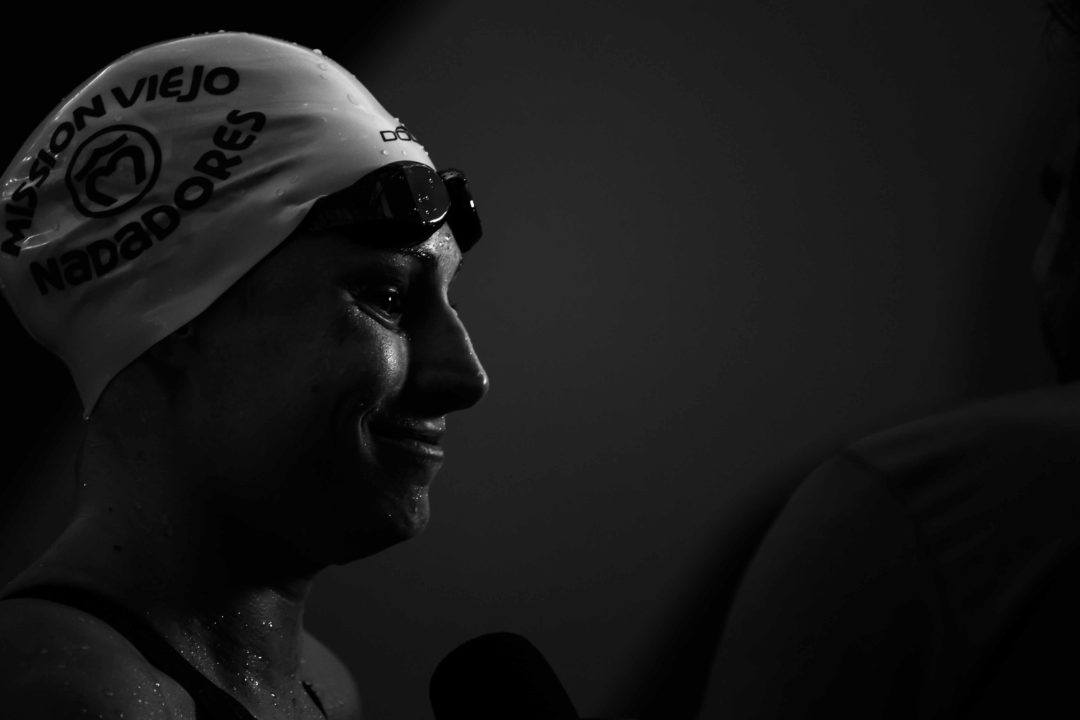 The facts in the cases of Will Licon and Amanda Kendall appear to be the same, but USADA gave the two athletes very different punishments. Archive photo via Mike Lewis/Ola Vista Photography

The United States Anti-Doping Agency (USADA) was non-committal in response to a SwimSwam inquiry for a further explanation of the different suspensions for two American swimmers who committed seemingly-similar anti-doping violations in the last 18 months.

The public-facing details in the cases of Amanda Kendall and Will Licon seem nearly-identical, including the wording used by USADA in announcing their suspensions:

When we asked USADA to help us understand the difference between the two cases, their statement indicated that there are often confidential details about the cases that they can’t disclose that might influence the length of the suspension.

“While at face value some case details may appear the same, we must do our due diligence and investigate every case individually in fairness to all athletes.”

Suddenly, small differences in decisions by official anti-doping authorities will have the unintended consequences of subjecting athletes to ‘double jeopardy’ – an additional punishment outside of the bounds of the World Anti-Doping Code. The Court of Arbitration for Sport previously ruled that the International Olympic Committee’s attempt to ban any athlete with longer than a 6 month doping sanction to compete at the next Olympics would amount to double jeopardy, and would not be in line with their signing of the World Anti-Doping Code. While the ISL’s effort to add an extra sanction to athletes disqualified for anti-doping rules violations is similar in nature to the proposal by the IOC, the ISL is not a signatory of the World Anti-Doping Code, nor is it necessarily bound by rulings from the CAS.

Licon is currently a member of the Los Angeles Current. The LA Current is one of 8 teams that are scheduled to compete in the inaugural season of the International Swimming League. The Current are in Group B, and their first meet is scheduled for October 18th-19th in Lewisville, Texas.

We can’t just let them mistreat everyone. Everyone needs to be penalized the same for each situation

Anyone else think the ISL anti-doping policy is just a tiny bit extreme? In cases like Kendall’s, Toussaint’s, Lochte’s, and Cox’s they weren’t really doping and clearly had no intention to do so so I feel like they should be eligible

I think their policy, being that it’s basically one sentence long, has to be extreme. Otherwise, they open themselves up to legal challenges, because then they’re taking on the onus of making differentiations between “your doping case wasn’t really doping, and your case was really doping.” That leaves a lot of room for discrimination claims, defamation claims, and etc. that would wind up causing them to have to make a full-scale doping policy of their own. And, once you start making a full-scale doping policy of your own…you’ve begun the very long, very winding journey that eventually winds up with…the hundreds of pages that make up the World Anti-Doping Code, and all of the bureaucracy that goes with it.

Braden you shoulda been a lawyer

Braden could have (but maybe not should have) been a lawyer. Special training and a certificate is not necessary to think clearly and the Braden explanation makes sense. HOWEVER, since I actually am a lawyer, and hope I think clearly, I want to make a prediction. Failure to allow an athlete to pursue a professional career once a suspension is served can and will eventually be challenged. Right now, there may not be enough money on the line to make an individual pursue the legal solution. But this is coming. Mark my words.

speaking legally, Kendall has a (weak) gender discrimination claim against both usada and isl. I’m not saying the decision was motivated by gender, but on its face the only glaring difference between the two cases is gender. I’d take the case, especially if I could get ny or ca state law. I’d also take it just to get discovery from usada to figure out how this happened.

“Swimming legally” – I agree with a pending legal challenge. While I’m playing lawyer, here’s how I see that going:

A swimmer in a situation like Madisyn Cox with a tainted supplement sues the supplement maker and wins. Big. Probably with treble damages in Texas. Now, flush with cash and confidence and spite, turns their attention toward ISL. Uses the winnings of the first lawsuit to fund the 2nd. Which is probably a financial-negative as the league sits now, but if the ISL becomes more lucrative in the future, then it could make financial sense.

I think the policy came about to survive legal challenges from FINA based on the EU Commission’s decision on the International Skating Union case. The ISU basically claimed they needed to be a sanctioning monopoly for the safety of the athletes — in particular, the risk of doping in other leagues/events. The Tom Shields/Michael Andrew/can’t remember the others lawsuit in California against FINA was pending during this other case. The ISL had to come out with a black-and-white anti-doping rule to take FINA’s sanctioning argument off the table.

It covers their arse if they just apply a straight blanket ban. Once you start picking and choosing, however genuine, things get complicated pretty quickly.

Nope it’s perfect. All the ISL athletes should be beyond reproach.