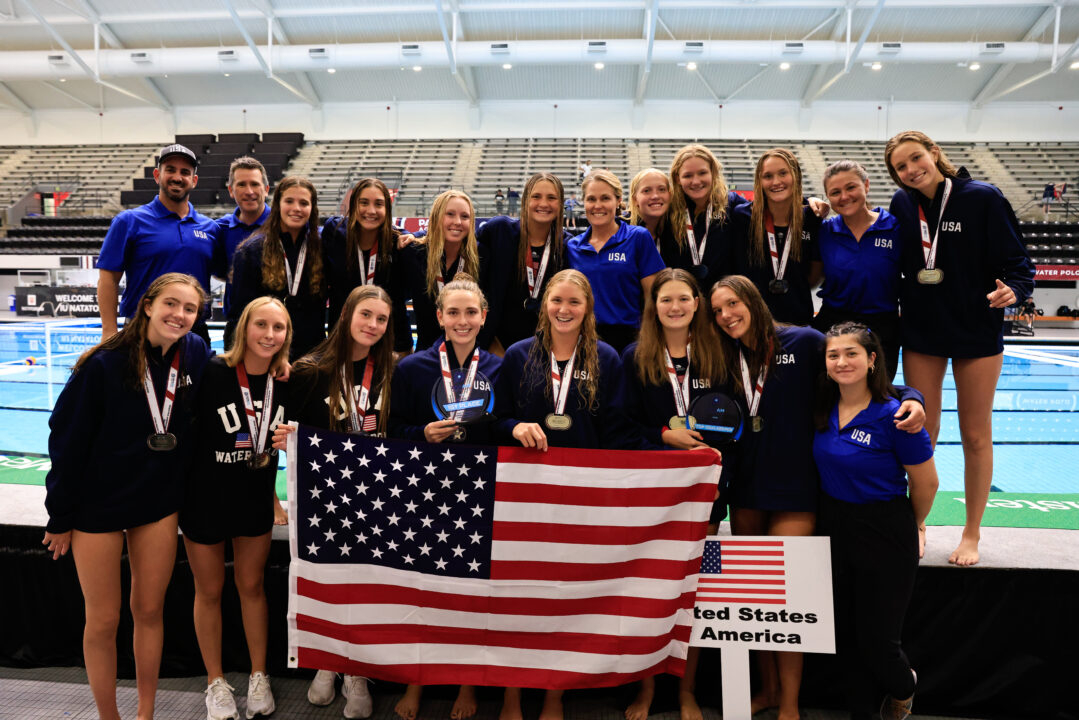 The USA Youth Women's National Team will play for gold at the FINA Youth World Championship following a 18-9 win over Italy on Sunday. Archive photo via Justin Casterline/USA Water Polo

Belgrade, Serbia – August 7 – The USA Youth Women’s National Team will play for gold at the FINA Youth World Championship following a 18-9 win over Italy earlier today. For the fourth straight game Jenna Flynn led Team USA in scoring and for the third straight match she piled up five goals in a single contest. Christine Carpenter and Lauren Steele combined for 12 saves in net. Team USA will take on Greece in the championship on Monday at 2:30pm et/11:30am pt. They’ll look to avenge their only loss in Belgrade, as they dropped a 15-14 match to Greece back on August 3.  Live streaming is available by clicking here, with live stats available by clicking here. To watch a replay of the win over Italy, click here.

Italy struck first to grab a 1-0 lead early in the first quarter before Team USA responded with scores from Flynn and Ava Stryker to go up 2-1 with 5:27 remaining. The teams would proceed to trade goals until Stryker tied the match at 3-3 with 3:20 remaining in the quarter. Team USA piled it on from there scoring four more goals in a row, two from Julia Bonaguidi, to take a 7-3 edge after eight minutes. Early in the second quarter Italy cut the margin back to three goals but the United States answered with goals from Flynn and Emily Ausmus for a 9-4 lead on the way to a 9-5 advantage at halftime.

In the third quarter Italy again got back within three goals, but they’d get no closer. The United States took control of the match running off five goals in a row. Rachel Gazzaniga scored twice in that run and Stryker finished things off with a score to make it 14-6 with 3:06 to play in the third. After Italy scored to stop the run, Flynn finished off the scoring in the third and Team USA took a 15-7 lead into the fourth. Flynn and Bonaguidi scored two of the first three goals in the fourth as the United States set their sights on the gold medal final with a 17-8 lead. Ella Woodhead closed things out scoring her first goal of the night with less than two minutes to play as the United States cruised to the 18-9 win.