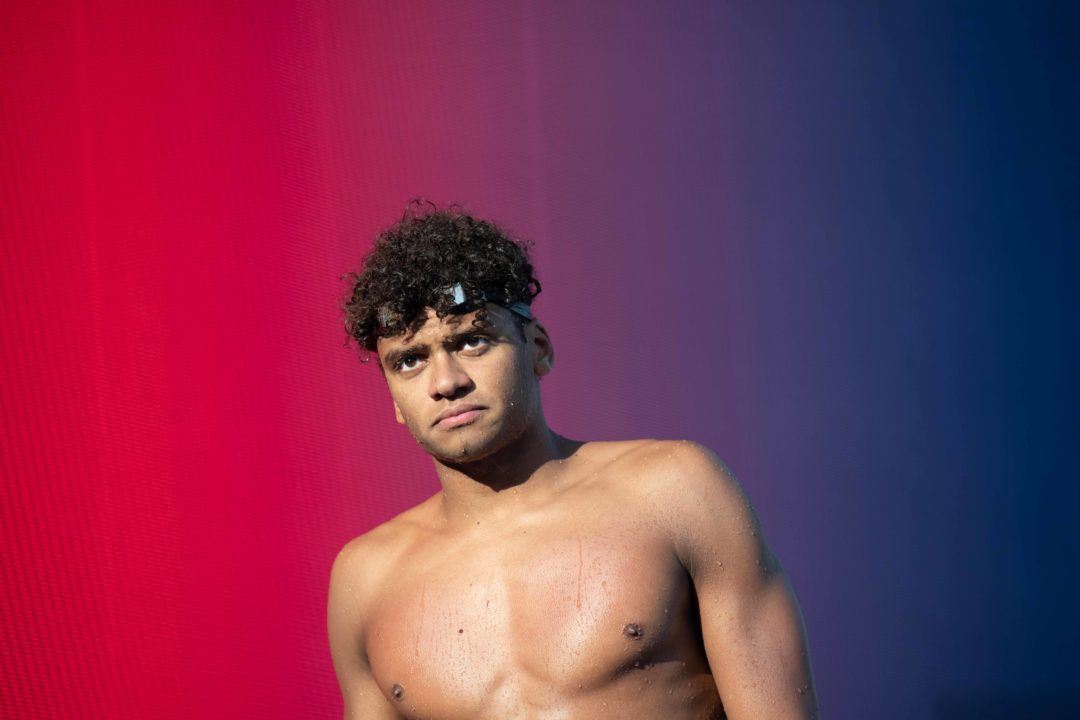 Jack Levant was scheduled to swim the 200 free and 200 fly at the World University Games, but USA Swimming has removed his named from that roster. Archive photo via Mike Lewis/Ola Vista Photography

USA Swimming on Tuesday released an updated roster for the 2019 World University Games/Summer Universiade. In addition to the known change of adding Molly Kowal in the women’s 1500 free and dropping Hannah Moore (who is now on the World Championship team in open water) – there’s one more big change.

The new roster has no Jack Levant, who’s been dealing with an unknown health issue that cost him his NCAA Championship meet last season. Levant has returned to racing recently, and he’s also still listed on an updated version of the World Championships roster, where he’s scheduled to swim the 800 free relay only.

Racing at the World University Games in Napoli, Italy begins on Thursday.

It was great to get some racing in this weekend! Also, made my first Olympic Trials cut for 2020. Next stop➡️ World Championships with this guy 🌏 #Gwangju

Youngquist was excluded prior to the rule change. If Levant goes he must swim in the prelim relay at minimum. If he can muster 1:48 or so he will be fine

Vote Up50Vote Down Reply
PK Doesn't Like His Long Name

Starting to move those goalposts already I see. Is someone nervous he might actually have a decent meet?