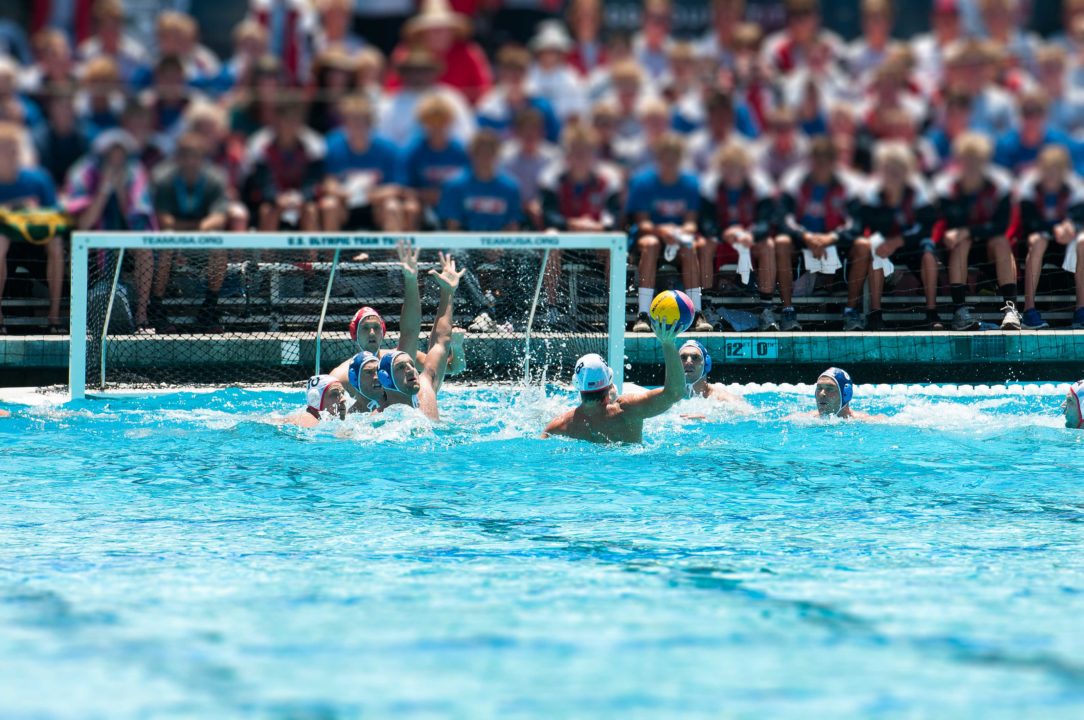 The second game of the USA-Serbia exhibition series was played tonight in front of a sold out crowd at UC-Davis.... Current photo via Mike Lewis/Ola Vista Photography

The Japanese Swimming Federation (JASF) has revealed the plan for its first competition back from its coronavirus lockdown.

The second game of the USA-Serbia exhibition series was played tonight in front of a sold out crowd at UC-Davis. The first half of the game was played with FINA’s experimental rules with Serbia winning 15-8. The second half was played with regulation rules that saw Serbia edge the United States 4-3. John Mann (Newport Beach, CA/California/NYAC) led the US in scoring tonight with a combined total of three goals whileJon Sibley (Lafayette, CA/California/Lamorinda) went the distance in goal tonight and had a total of six saves. Play resumes Saturday at 3 PM PST at Spieker Aquatics Complex at California-Berkeley. The game will also be streamed live courtesy of CoachesAid and can be viewed by clicking here.

The first half of the game was played with experimental rules which included a shorter course, a smaller ball, and 5-on-5 play. A high scoring first half ended with Serbia ahead 15-8. The highlight of the first half for the United States was a backhand goal from mid-tank byAlex Bowen (Santee, CA/Stanford/Stanford). The high scorers in the half were USA’s John Mann with two goals, and Serbia’s Andrija Prlainovic with four goals. Jon Sibley had three saves while Serbia’s goalie Gojko Pijetlovic had six.

After the half, the pool was reset and experimental play ended. At the start of the third the scoreboard was reset as well. Serbia scored the first two goals in the third quarter with scores by Sava Randelovic and Dusko Pijetlovic. Mann and Bowen answered for the USA, which left the score tied 2-2 after three quarters.

The fourth quarter started off with a goal by Slobodan Nikic. USA’s Bret Bonanni (Huntington Beach, CA/Stanford/Stanford) responded quickly with another goal. Pijetlovic had the final goal of the game giving Serbia the win over USA with a score of 4-3. Serbia’s goalie Gojko Pijetlovic had nine saves in the half while Sibley had three for the USA.