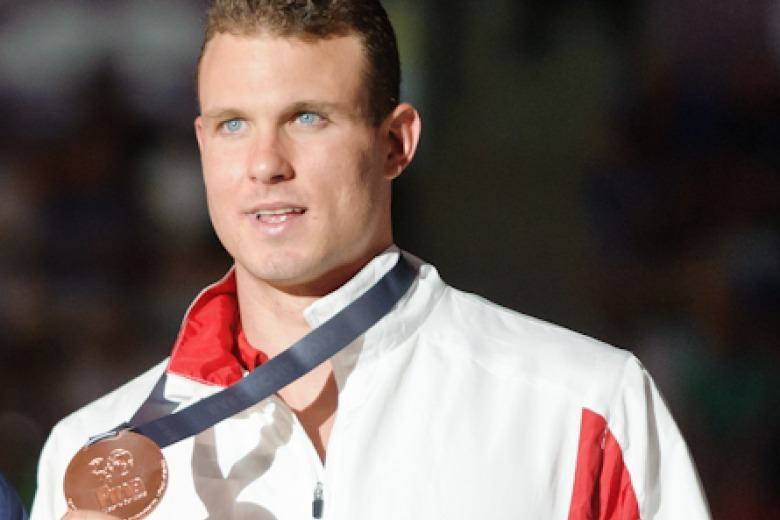 Trinidad & Tobago has a rising young core of swimmers, as evidenced by the 52 swimmers that they’re sending to the Caribbean Island Swimming Championships later this year.

Only two swimmers, however, were deemed ready for the big stage, which this year for T&T is the Commonwealth Games: Dylan Carter and George Bovell, both of whom are based out of the United States.

Bovell is the veritable godfather of Trinidadian swimming, thanks to his 200 IM bronze medal from the 2004 Olympic Games.

Later in his career, he’s remade himself as more of a sprinter, which he’s ridden to great success on the FINA World Cup circuit, including a 9th-place overall finish in 2013; as well as in bigger competitions, like his bronze medal at the 2013 FINA World Championships in the 50 free (21.51).

He was one of only two Commonwealth-eligible swimmers in the finals of the 50 free at World’s last year (the other being South Africa’s Roland Schoeman, who took 7th); and one of only four Commonwealth-eligible swimmers who even made the semi-finals at Worlds in that event (James Magnussen and Matthew Abood from Australia were the other two). This leaves him in position to potentially take home his first Commonwealth Games medal, and leaves him as an odds-on-favorite for gold at 30 years old.

His younger travelling partner will be 18-year old Dylan Carter, who is making his Commonwealth Games debut.

Carter, who wasn’t on T&T’s Commonwealth Games team last year, trains at USC, and is a both a T&T and a USA Swimming National Age Group Record holder (he holds dual citizenship). The versatile swimmer finaled in three events at the 2011 Commonwealth Youth Games, and was the silver medalist at the 2013 Junior World Championships in the 50 fly.

He skipped the senior World Championships last year to focus on Junior Worlds, and then joined USC’s NCAA program formally in January as a 17-year old.

These two swimmers are the backbone of the T&T swimming program. Presuming Bovell continues to swim well into his 30’s, and Carter continues to improve, this is a team that could make some noise in Rio.

T&T sent three swimmers to the 2013 World Championships; besides Bovell, the other two entrants there, brothers Abraham and Josh McLeod, are racing at the Caribbean Island Championships instead this summer.

Yay!! I shall be rooting for them! Go T&T