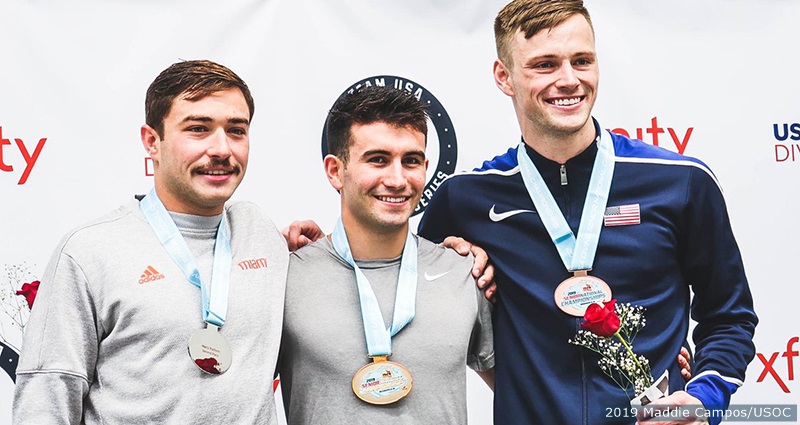 USA Diving will receive primetime coverage on NBC as part of the Tokyo Olympic Diving Trials that will be held from June 6-13, 2021. Archive photo via USA Diving

USA Diving has announced a change to the schedule for the Tokyo Olympic Diving Trials. The move was made in partnership with NBC Olympics to try and get more airtime for America’s top divers in the lead-in to the Olympic Games.

The Tokyo Olympic Trials were already rescheduled once as part of the 2020 Olympic calendar push to 2021 amid the ongoing coronavirus pandemic.

The dates will remain the same, running from June 6-13, 2021, in Indianapolis, but the times and order of certain competitions have shifted. USA Diving says this will get the event increased exposure across NBC’s networks, including some primetime slots on NBC’s flagship broadcast channel.

Note: The published schedule is based on U.S. Divers earning the full allotment of available Olympic Spots at the upcoming FINA World Cup and, as such, is subject to change.