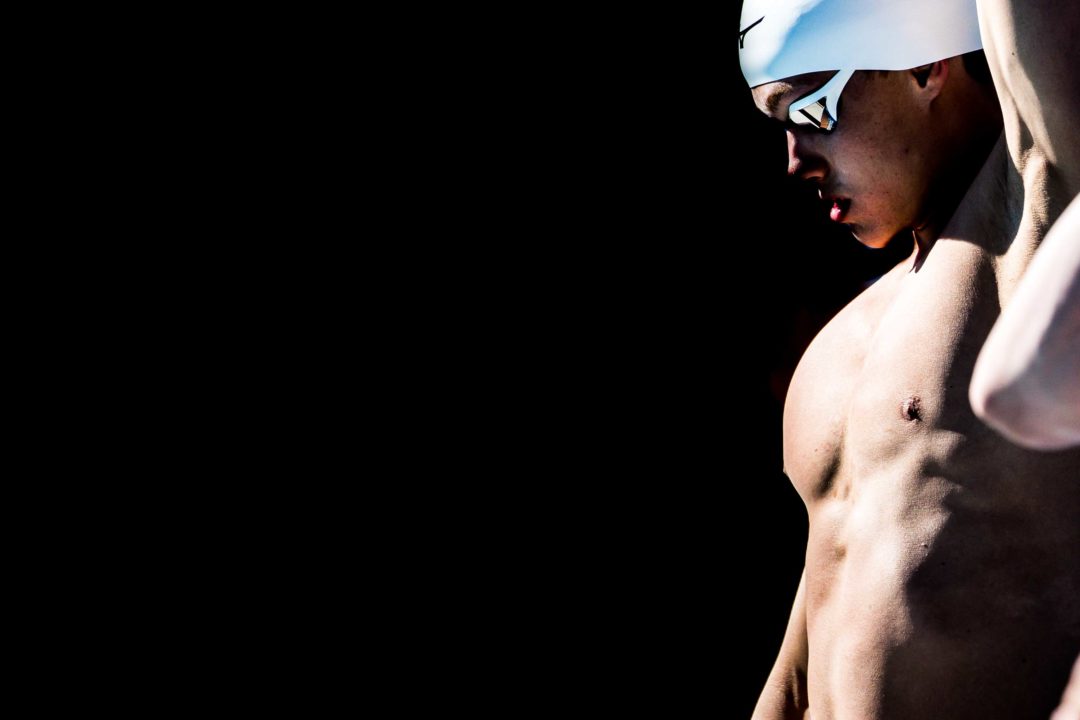 Carson Foster has qualified himself in the 200 free and 200 back individuals for the upcoming World Juniors meet in Budapest. Archive photo via Jack Spitser/Spitser Photography

The world juniors roster continues to expand after day 2 of the 2019 US Nationals. This past session, the 200 free, 200 breast, and 200 back earned new junior qualifiers headed to Budapest.

In the B-final of the 200 free, Luca Urlando earned his second qualifying swim in Budapest with his consolation winning time of 1:46.31, the 3rd-fastest 17-18 swim in history. Finishing behind Urlando and punching their tickets to Budapest were Carson Foster and Dare Rose. Rose and Jake Magahey will join Urlando and Foster on the 4×200 free relay while Foster earned the second individual spot for the event.

Magahey is now a double-event qualifier with his relay positions for the 4×100 and 4×200 free relays. Later in the meet, Foster became the third male double-qualifier with his A-final swim in the 200 back. Just before that, Joshua Matheny‘s 15-16 NAG-breaking efforts in the 200 breast also put him on the World Junior roster.

The girls’ roster, on the other hand, is falling short of double-qualifiers and putting the priority 2 swimmers in jeopardy. The 4×200 free relay spots were filled in by Claire Tuggle, Ashley Strouse, Erin Gemmell, and Olivia McMurray.

Shortly after, Natalie Mannion swam in the top 8 of the 200 back final to earn her way to Budapest. Out of the 200 breast A-final, national runner-up Abby Arens wrote her name in the history books as the 4th-fastest 17-18 performer.

With 3 doubles-spots filled, the priority 2 boys have a 60% shot at making the World Junior roster. Matt Fallon‘s 200 breast and Wyatt Davis‘ 200 back efforts have now been thrown into the mix.

The priority 2/3 girls have a slimmer chance, as of day 2 competition, in making the World Junior roster. Anna Keating‘s 200 breast will be in the mix alongside Rye Ulett‘s 200 back B-final winning performance. Ulett, only 14 years old, could be one of the youngest roster members (if selected) next to Erin Gemmell.

*McMurray has already qualified priority 1 with her 4×200 FR relay spot, yet to be determined if she will swim the 800 free as a secondary event.

Or cause he’s ineligible…

Just wondering if you could put their times in the article. Can’t get omega timing to work

Skip the links and go straight to Omega Timing from Google.

Will be bummed if Ulett doesn’t make it. Mannion goes 2:14 in A finals and Ulett goes 209 in B finals. I understand the roster selection criteria, but given that Mannion was only 211 in prelims, would be unfortunate if we didn’t bring the best junior swimmer to the meet…

Gotta get it done in prelims. No B final at Jr Worlds

Hey that is the way it works. Maybe ask what Rye was doing in prelims? She might do the same in Budapest in prelims. That is why they don’t have B heats at Trials or Olympics. It doesn’t do any good to see “what if”