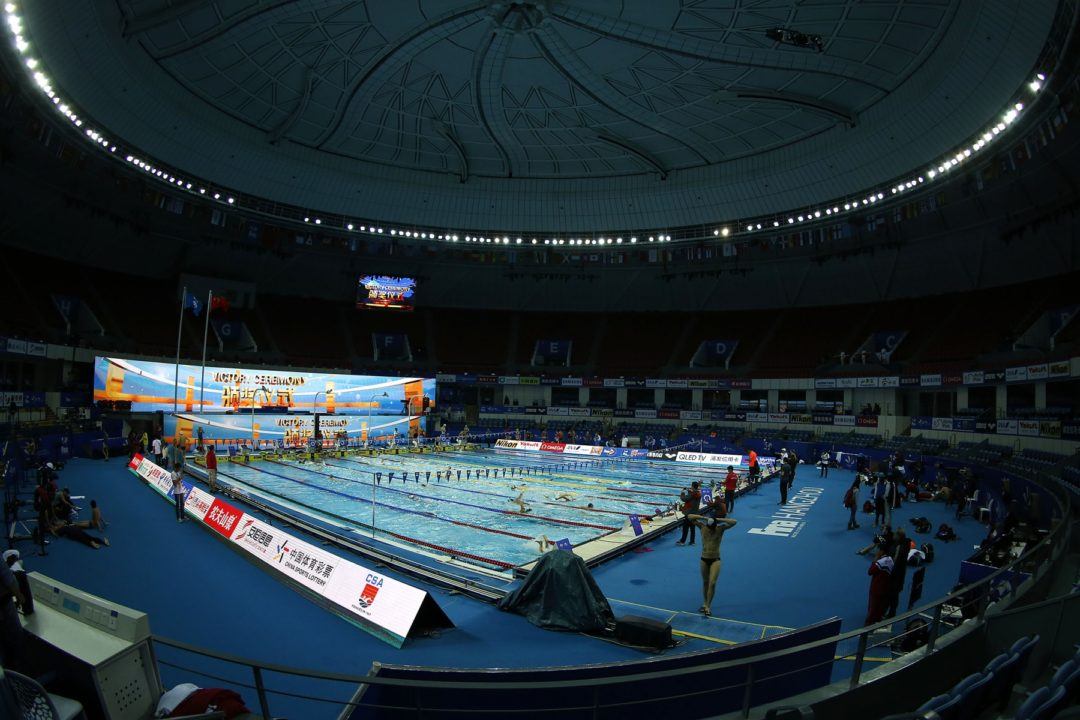 If you felt like the United States had a banner performance at the 2018 Short Course World Championships, you’re right – sort of. With a roster that included Olympic Champions and World Record holders like Caeleb Dressel, Ryan Murphy, and Kathleen Baker; as well as some upside performances from swimmers like Olivia Smoliga (gold in the 50 and 100 back) and Annie Lazor (gold in the 200 breaststroke), the United States sent a roster that felt as good as any in recent memory.

And historically, it does stack up as one of the Americans’ best performances ever by FINA Championship Trophy – a measure that scores the top 8 finishers per event, and better recognizes the depth of a nation than does the medals table (which the United States also dominated). But it’s not indisputably the Americans’ most dominant Short Course World Championship of even the last decade.

We were able to find FINA Trophy results for the last 8 editions of the World Short Course Championships, dating back to 2004. In that period, the US has won every FINA Trophy (demonstrating the overwhelming American depth at the international level, even when they’re not sending the country’s best roster).

The 1,099 points scored by the Americans in 2018 is the most they’ve scored in that period, beating out their 2016 total at the last edition of 1,027 points. But it isn’t their biggest margin in that period. That title goes to the 2012 World Championships in Istanbul, where the US scored 909 points, which was a 406-point margin over the next-best country: Australia (who were just 5th this year).

The American women carried the dominance in the FINA Trophy. In fact, the Russians, who sent effectively their full roster with a few exceptions (Yulia Efimova most notably), actually out-scored the American men by 20 points: 468-448. The American women, meanwhile, had a 318-point margin over the Russian women, while the Japanese women finished 2nd with 331 points.

The reality is that this is probably the best recent American team we’ve seen recently at the Short Course World Championships. The reason that was covered up a little in the margin-of-victory is that the Russian team is also the best Russian team that we’ve seen at the Short Course World Championships in recent memory. Russia’s 789 points for 2nd is the most for a runner-up since Australia in 2004.

For a point of reference, the US scored 1,094 points at the 2017 World Championships, albeit with 4 fewer events, and more-than-doubled the next-closest nation, China (521 points).

Instead of points, it would be better to talk about percentage of total points available.

I totally commend the observations and caveats which this article points out! SC Worlds is NOT the Olympics, but one has to think that there are “new” people which have now been id’ed as up and comers for the Tokyo cycle – and should be encouraged! A few observations: 1. TEAM USA by any standard was awesome, esp. the women and ALL relays! The fact that the Russians basically brought the entire squad minus a few, shows how dominant TEAM USA can be; 2. The performance of teams like Japan and China are a clear sign that now is NOT the time for relaxing — they are tough and hungry! 3. The Australians — what can I say?; they didn’t… Read more »