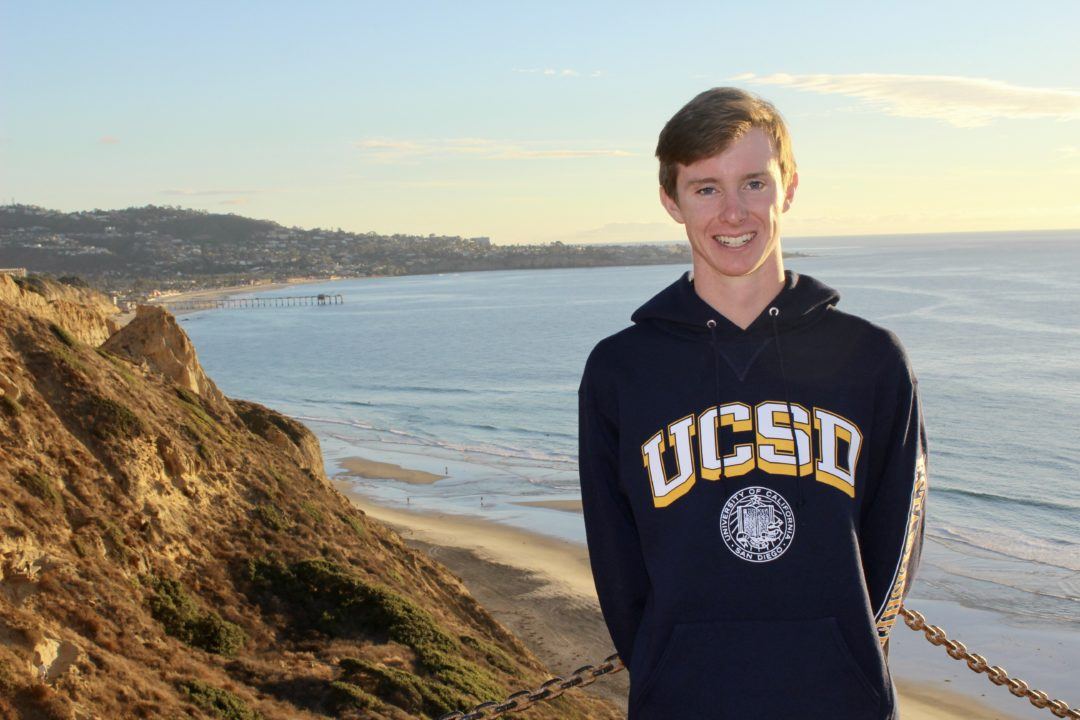 Mitchell Stoddard from St. Augustine High School and College Area Swim Team in San Diego has announced his intention to swim for the Tritons in the fall. Current photo via DawnElla Stoddard

San Diego, California-native Mitchell Stoddard has announced his intention to swim for head coach David Marsh at the University of California, San Diego next fall. He will suit up for the Tritons with fellow verbal commits Ivan Kurakin, Mason Thompson, Nathaniel Lee, and Spencer Daily.

“I am proud to say that I have committed to the University of California San Diego to further my education and swimming career. I am excited to become part of an amazing team with an exciting future. The academic excellence, the welcoming team and supportive coaching staff, and the beautiful location are everything I could hope for in a school.”

Stoddard attends St. Augustine High School, where he is captain of the Saints Swim Team and school record-holder in the 200 free and 500 free. He won the 500 at League Championships, earning First Team All-League honors in both 2016 and 2017. At the 2017 CIF-San Diego Section Division II Championships, he was runner-up in the 500 free (4:30.75) and placed fourth in the 200 free (1:40.96); both times were personal bests. Stoddard went on to compete at the California State Meet in the 200/500 double.

Stoddard does his year-round swimming with College Area Swim Team in San Diego. He is a two-time USA Swimming Scholastic All American and a NISCA All-American with Winter and Summer Juniors qualifying times spanning the entire range of freestyle events, from the 50 to the 1650. He earned his best SCY times during junior year high school season, then went on to have a strong long-course season. He improved his times across the board at Los Angeles Invite (200 free), Santa Clara Futures (800 free), and Summer Juniors (50/100/400 free).

Proud to say I have committed to University of California San Diego to further my education and swimming career. Excited to be a part of such an amazing team with an exciting future.???#tritonsrising #UCSD @UCSDSwimDive pic.twitter.com/n3BAUcieta