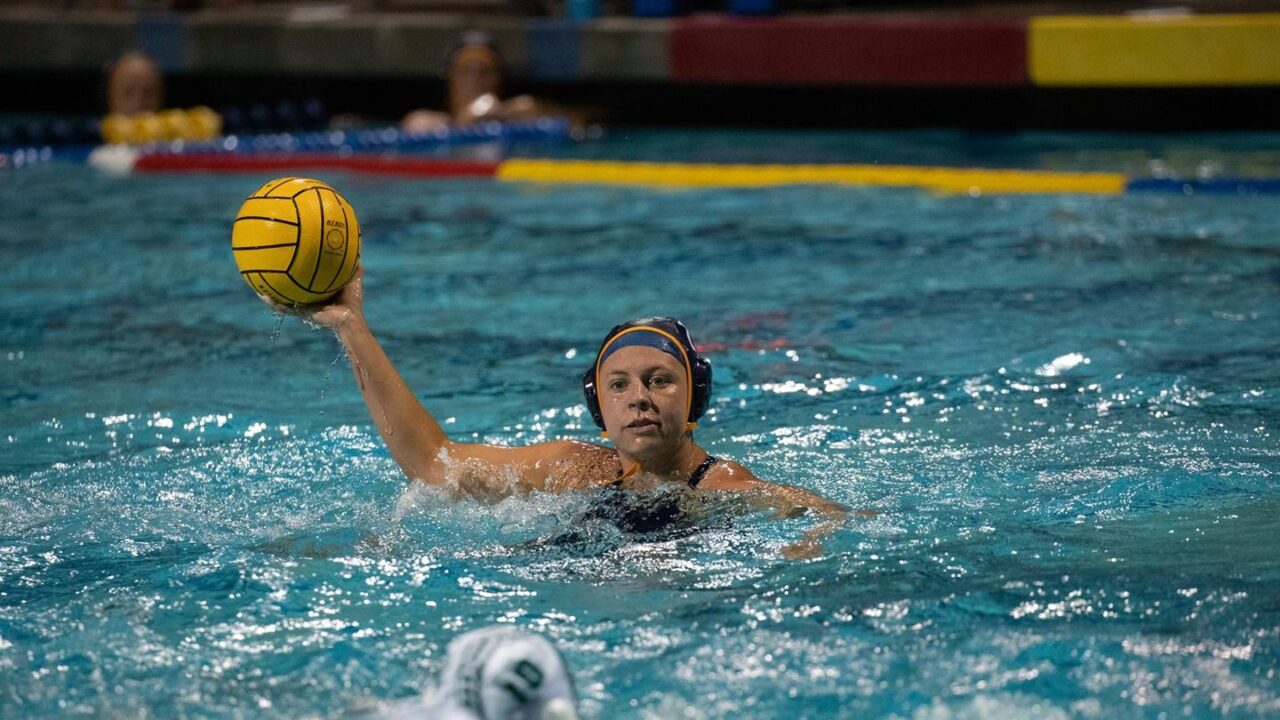 Arroyo led the Tritons in scoring in a split series against UC Davis with seven goals. Archive photo via Scott Flanders

LA JOLLA, Calif. – Freshman Annika Arroyo of the T-8 UC San Diego women’s water polo team was named the Big West Athlete of the Week by the conference Wednesday afternoon. This is the second time this season Arroyo has earned the accolade.

Arroyo led the Tritons in scoring in a split series against UC Davis with seven goals. In the Triton’s 11-7 conference victory over the Aggies, she scored four goals with three coming in the second quarter. She also had a pair of steals for the Tritons. In game two, she scored a game high three goals. The victory against the Aggies in game one kept the Tritons perfect in Big West games with a 3-0 record and was the first win over UC Davis since 2013. On the season, Arroyo has 19 goals.

Arroyo is one of three Tritons that have earned Big West Honors this season. Ciara Franke was named the Player of the Week on March 31 while Bennett Bugelli earned the honor on February 24.

The Tritons will play their final road games of the regular season when they travel to LBSU on April 16 and 17.