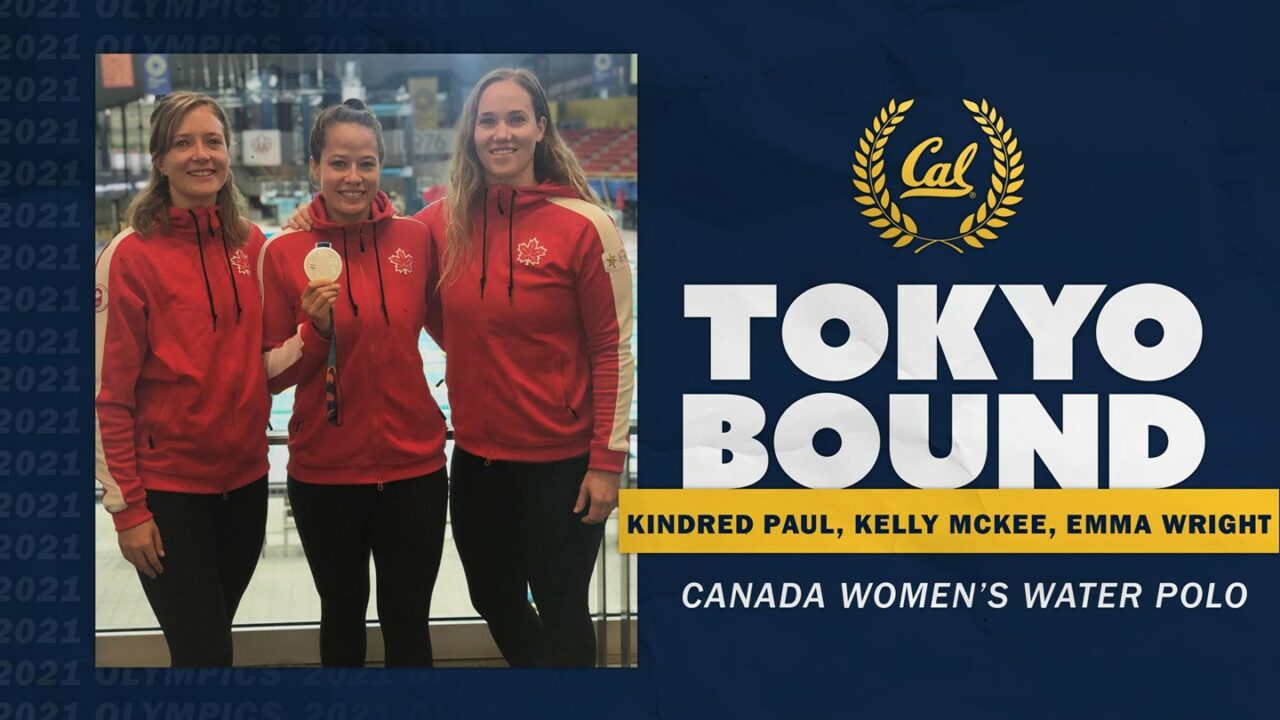 The trio of Golden Bears helped Team Canada earn an Olympic berth by finishing as the runner-up at the 2019 Pan American Games and have been training with the team ever since.

On Monday, Canadian head coach David Paradelo trimmed the roster down from 16 to 13 players for the Olympics, which run from July 24-Aug. 7 at the Tokyo Tatsumi International Swimming Center.

“We are thrilled for Emma, Kindred and Kelly,” Cal head coach Coralie Simmons said. “They have been there every step of the way for Team Canada, and for them to earn a spot on their Olympic roster is a testament to who they are as athletes. We are also looking forward to welcoming Emma back to Berkeley in the fall. Our Golden Bear family can’t wait to watch the three of them compete in Tokyo.”

Wright, who will serve as co-captain of the Olympic team, has long been entrenched in Canada’s national team program. She trained with Team Canada during the run up to the 2016 Summer Olympics but narrowly missed out on a berth. After playing her first three seasons at Cal, Wright sat out the 2020 season to once again train full-time with Team Canada. She missed last season as well after the Olympics were postponed for a year.

Wright is a three-time All-American who ranks ninth on Cal’s all-time scoring list with 154 goals.

Paul and McKee were each also All-Americans at Cal who helped the Bears earn multiple NCAA Championships berths.