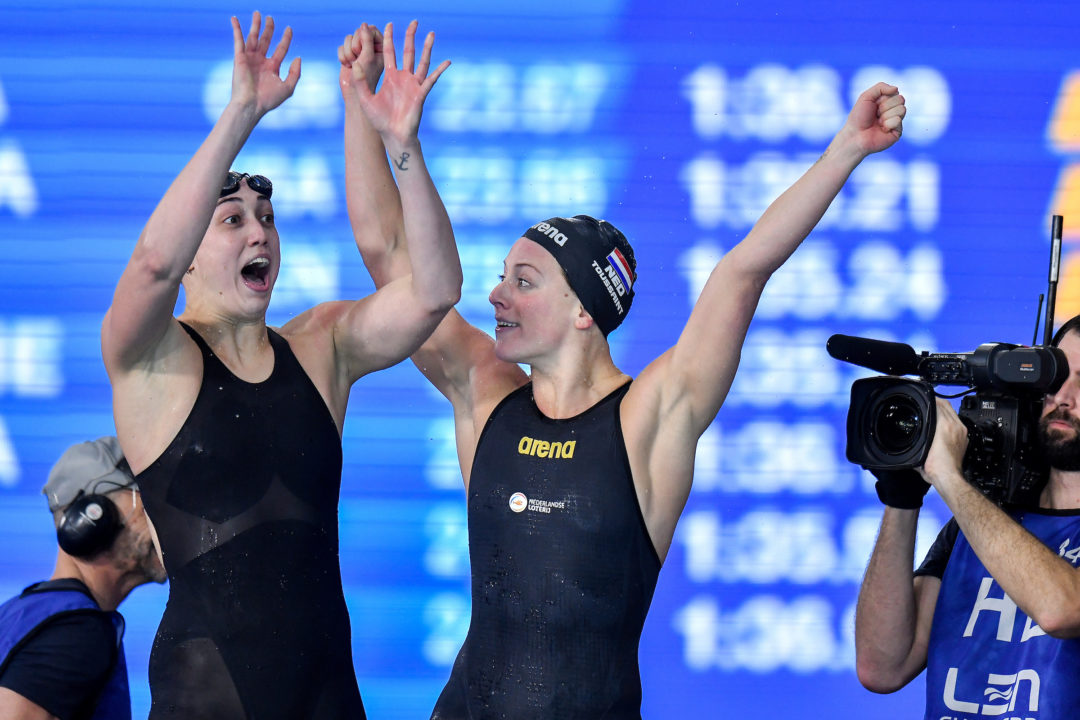 Kira Toussaint's gold medal in the women's 50m back tonight in Glasgow helped the Netherlands move back into 3rd on the medal table. Current photo via Andrea Staccioli / Deepbluemedia / Insidefoto

Russia and Italy remain as the top 2 nations at the head of the 2019 European Short Course Championships medal table, while there is a battle in the works for 3rd place.

Yesterday, the nation of Hungary had hopped over the Netherlands to round out the top 3 medal-earning nations, primarily due to Katinka Hosszu‘s double gold in the 200 fly and 100m IM.

Tonight, Hosszu was back in action with a 200m IM victory however, Dutch swimmers Kira Toussaint and Arno Kamminga each collected gold in their respective 50m back and 100m breast races. That gave the Netherlands the edge to move into the 3rd slot, with Hungary now positioned 4th and Great Britain 5th.

Great Britain actually moved ahead of France, as Freya Anderson claimed her 2nd gold medal, adding the 200m free top prize to her 100m free podium-topper earlier in the meet. Siobhan-Marie O’Connor also nailed silver in the 200m IM to help the British cause.