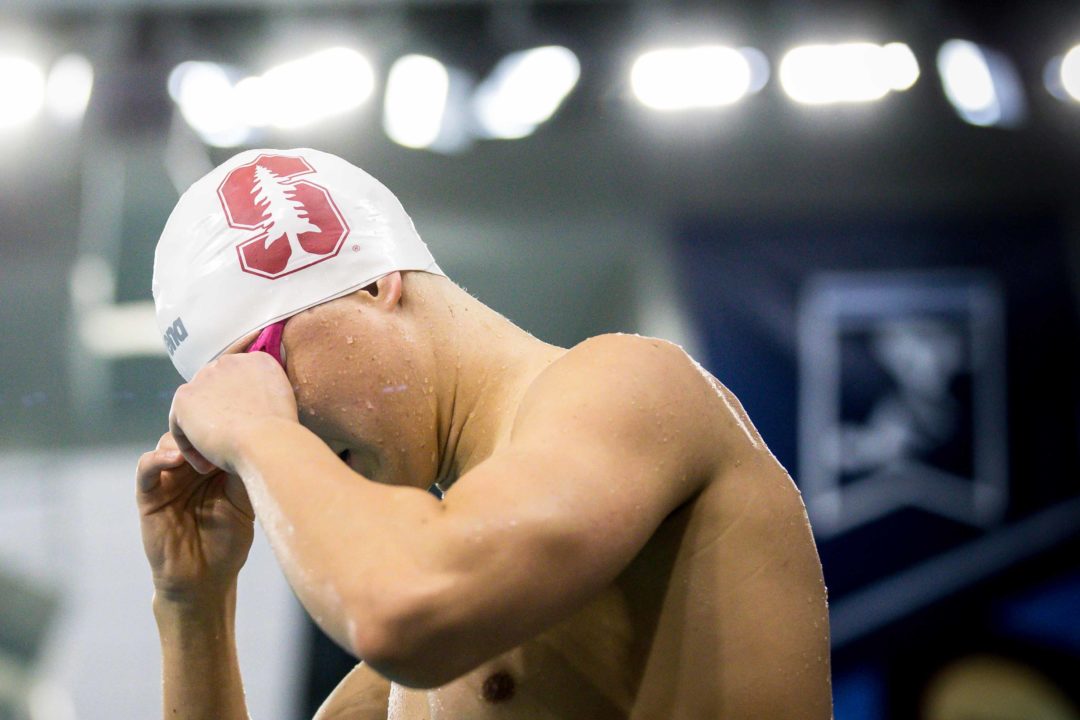 True Sweetser, a three-year NCAA scorer in the mile, is sitting out the current college season to prepare for the 2020 U.S. Olympic Trials. Archive photo via Jack Spitser/Spitser Photography

True Sweetser, a three-year NCAA scorer in the mile, is sitting out the current college season to prepare for the 2020 U.S. Olympic Trials.

Sweetser would have been a senior this season for the Cardinal. He’s scored at NCAAs in all three of his previous college seasons, including back-to-back top-8 finishes in the mile. He was Stanford’s second-highest returning scorer from 2019 NCAAs, having put up 12 points last March.

Sweetser was 12th in the 1650 as a freshman, and also scored with a 16th-place 500 free. Since then, his 500 has dropped off some, but his mile improved to 8th as a sophomore and 7th as a junior. Sweetser didn’t compete at Stanford’s season-opening meet over the weekend, the Pacific Invite.

On the other hand, his career-bests would have ranked 2nd (400 free), 4th (800 free) and 3rd (1500 free) nationally last summer, so a return to form could give Sweetser very good chances at the U.S. Olympic team, especially with the 800 now an Olympic event for men.

Greco is the latest in a long list of Olympic-year redshirts and deferrals:

Where is he training? Stanford or Gainesville?

Gainsville is where he is originally from.

That is a cool name, but it doesn’t inspire fear.