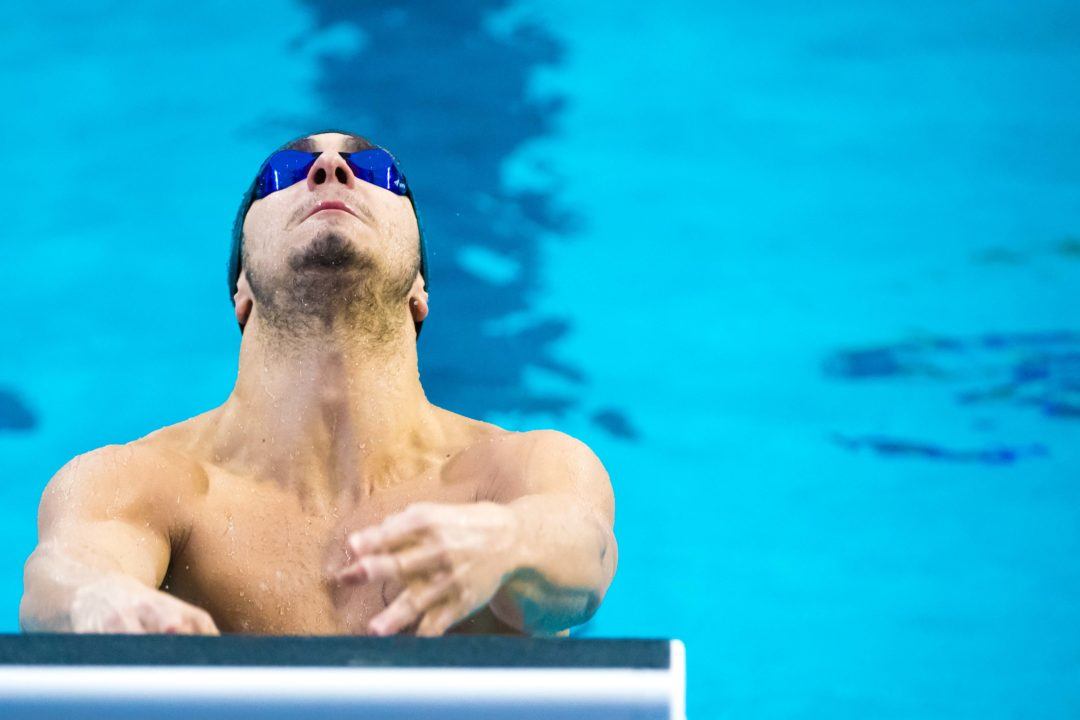 NCAA relay scorer and ACC relay champion Giovanni Izzo of NC State will be sitting out with an Olympic redshirt this season, the program confirmed. Archive photo via Mike Lewis/Ola Vista Photography

NCAA relay scorer and ACC relay champion Giovanni Izzo of NC State will be sitting out with an Olympic redshirt this season, the program confirmed.

Izzo, who would have been a junior this season, does not appear on the team’s roster for 2019-2020. Izzo will sit out the season, putting his focus on making the 2020 Olympic roster for his home nation of Italy.

As a sophomore, Izzo swam legs of two relays at NCAAs. He split 18.62 as the anchor of NC State’s runner-up 200 free relay, and also swam a prelims leg of the 400 free relay, helping the Wolfpack make the A final. Individually, he’s been an ACC finalist in both of his collegiate seasons, and in 2019 anchored the 400 medley relay that won the conference title and broke the ACC meet record. Izzo was 42.07 on the end of that relay.

Izzo qualified for NCAAs individually as a freshman, but just missed the cut as a sophomore. He still went to the NCAA meet as a relay-only swimmer in 2019.

With Izzo gone, NC State loses three of the four legs on its 200 free relay (the others being graduated seniors Justin Ress and Jacob Molacek). But they do return Nyls Korstanje, and bring in the nation’s #2 recruiting class. We also confirmed this week that Florida transfer Erge Gezmis will compete for NC State this season, rather than sitting out the year with an Olympic redshirt.

A nice gesture to give up his scholarship for Gezmis.