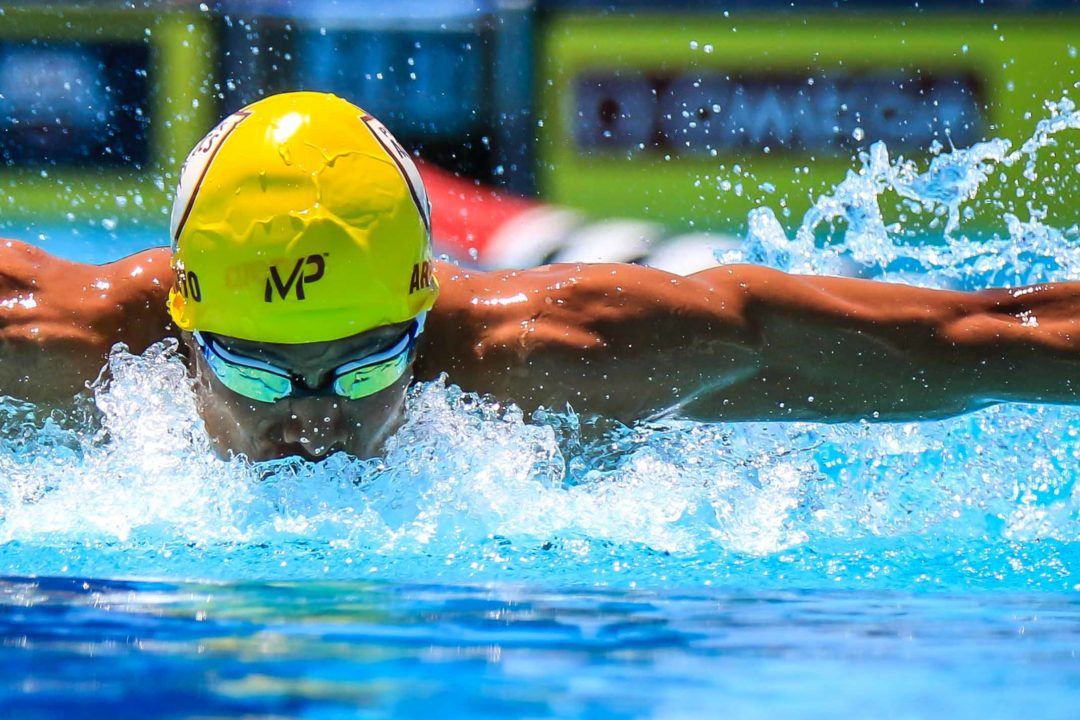 Would-be Arizona State freshman Jarod Arroyo is deferring his enrollment until the fall of 2020 to participate in Puerto Rico’s Olympic preparation program.

Arroyo is the Puerto Rican record-holder in both long course IMs. He set both marks at the 2019 World Championships in Gwangju, Korea, and went on later in the summer to make the Pan American Games final in the 400 IM. Arroyo finished 5th there.

Arroyo is a much better long course swimmer at the moment, and he’ll put his sole focus toward that strength in the run up to the 2020 Tokyo Olympics. Arroyo has been swimming for Pitchfork Aquatics, Arizona State’s companion club, since 2017.

Arroyo was recruited as part of the high school class of 2019, but does not appear on the Sun Devil roster. The program confirmed that Arroyo would be deferring his enrollment, and will be part of the Arizona State program beginning in the fall of 2020, after the Tokyo Olympics have concluded.

Even without Arroyo, we ranked Arizona State’s freshman class #7 in the nation, including one top-10 domestic recruit. When Arroyo arrives, he’ll almost certainly elevate this class even further.

Me and jarrod used to carpool to club practice and it’s really cool to see how far he is going with his swimming.

He could potentially make a semi-final in the 400 IM, would be good for the Puerto Rico swim program.

No semifinals in the 400s and up

I think Bowman IS the PR prep program.