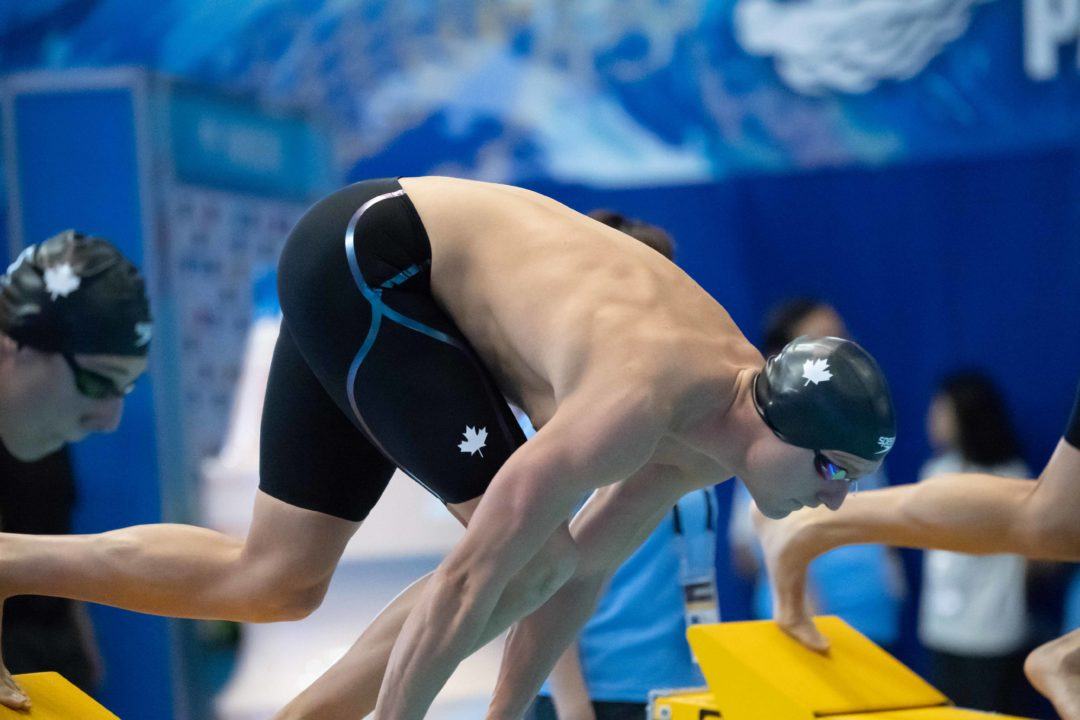 Ohio State's freshman NCAA qualifier Ruslan Gaziev will sit out what would have been his sophomore season, preparing for an Olympic bid for Canada. Archive photo via Mike Lewis/Ola Vista Photography

Ohio State’s freshman NCAA qualifier Ruslan Gaziev will sit out what would have been his sophomore season, preparing for an Olympic bid for Canada.

Ohio State confirmed to SwimSwam this week that Gaziev would be taking an Olympic redshirt season – sitting out the 2019-2020 NCAA season. Gaziev is one of number of top Canadian swimmers taking Olympic redshirts from the NCAA, including Georgia’s Javier Acevedo, Stanford’s Taylor Ruck and Arizona’s Faith Knelson, who would have been a freshman but is deferring her enrollment.

Ohio State scored in each of those relays, and Gaziev had their best 200 free relay split in the final at 18.98. Gaziev will be the only swimmer not to return from the 200 and 800 free relays, and one of two out of the 400 free relay. The blow is softened a bit, though, with the addition of Arizona State transfer Cameron Craig, a 2018 NCAA scorer and top-tier 100/200 freestyler.

Gaziev finished last season ranked 4th among Canadians in the 200 free, 6th in the 100 free, and 11th in the 50 free, putting him in great position to vie for a relay or individual spot on the 2020 Canadian Olympic team. The Canadian Olympic Trials meet will take place from March 30 to April 5, 2020. Its close proximity to the NCAA Championships usually causes a number of redshirts among top Canadian athletes.

This photo is not of Ruslan. Well, to be exact, his head is in the left of the photo…

Does “sit out” mean taking the year off of studies/school, and just swimming back home?, and if so Where for the listed swimmers, where will they be Training?