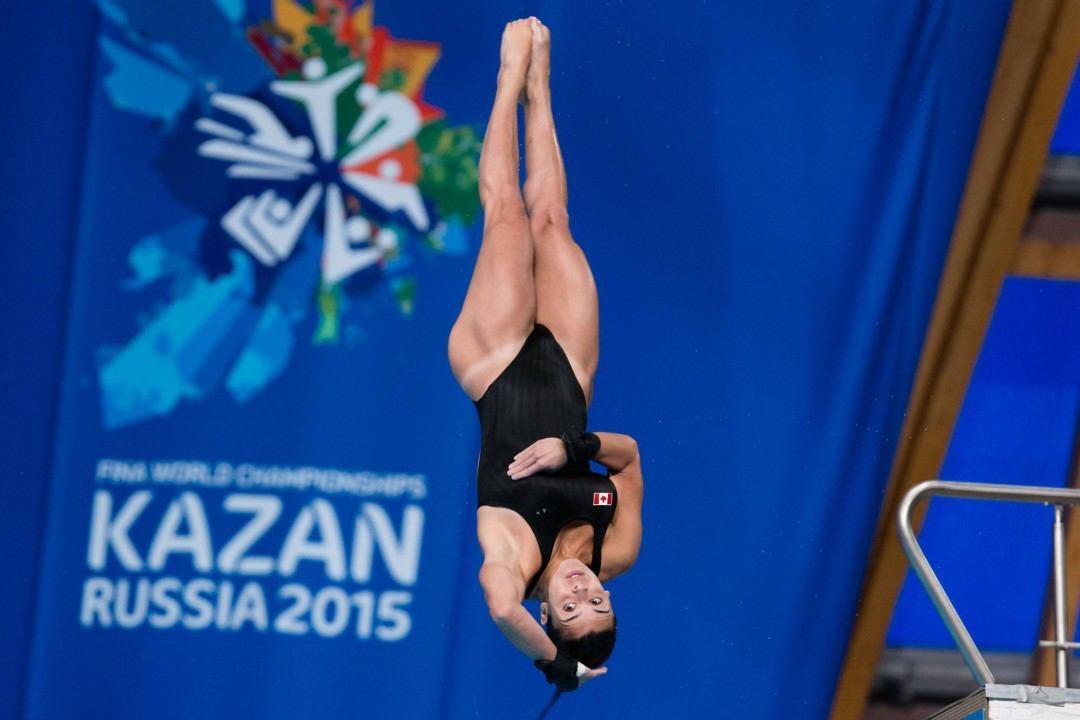 Benfeito, who is an Olympic, Commonwealth, and worlds medalist, has announced her retirement after a 17-year-long career that began in 2005. Archive photo via Tim Binning/TheSwimPictures.com

After several months of reflection, it’s now time for me to hang up my bathing suit. I’m so proud of the career I’ve had and I’m extremely grateful for what diving has brought to my life, but I’m finally ready to move on to my next chapter!

Benfeito, a native of Montreal, had been competing for Canada since 2005. She participated in four different Olympic games: Beijing 2008, London, 2012, Rio 2016, and Tokyo 2020. Her and her partner Roseline Fillon won bronze medals in the 10-meter synchronized diving competition in both London and Rio, and just missed out on a medal in the Tokyo games when they finished fourth. In addition, Benfeito also won bronze individualy in the 10-meter platform diving event in Rio.

Aside from the Olympics, Benfeito also won four medals at the FINA World Championships, with three being silver and one being bronze. She first won bronze in the 10-meter synchro back in 2005, before winning a trio of silver medals across 2013 and 2015 worlds, two in the women’s 10-meter synchro and one in the mixed 10-meter synchro.

A two-time Commonwealth games champion, Benfeito served as Canada’s flag bearer in the 2018 Gold Coast games. She won Commonwealth titles in the 10-meter platform and the 10-meter synchro in 2014, and followed up her victories with silvers in both events in 2018.

Although retired competitively, Benfeito told Global News Canada that she still wanted to stay involved in the sport of diving.

She seems so genuinely happy for the 25 years of diving and all that it has given to her, BRAVA!