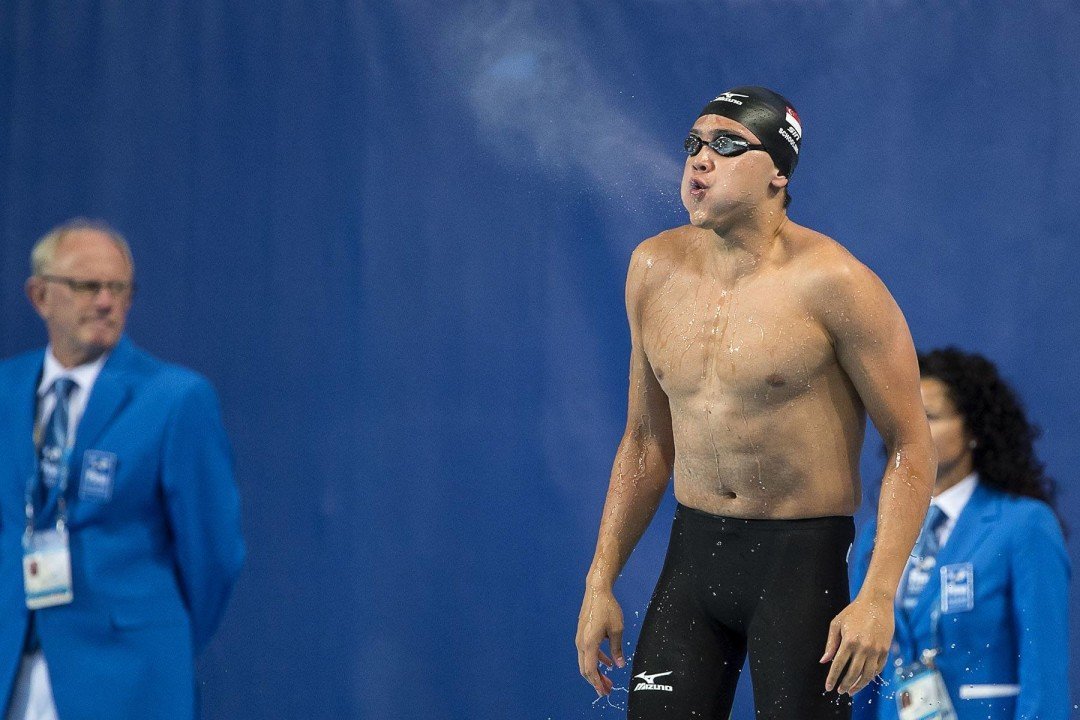 Singapore’s Joseph Schooling has recently garnered both media and fan attention for responding to another athlete’s social media post issuing a unique challenge.

Top Singaporean marathon runner Soh Rui Yong recently set the national record for a 2.4k run on September 4th, registering a time of 6:54 to become the first-ever man from his nation to get under 7:00 in the event.

In his own Instagram post touting his achievement, Yong pointed out that, “Somehow, some people still think their ‘army/commando/BMT mate who smokes’ ran faster”, a statement aimed at those who claim that type of performance is a regular occurrence among Singapore’s Armed Forces Commando Formation.

The situation further escalated as Schooling, Singapore’s first-ever Olympic gold medalist, carried the competitive proposal to the pool. Schooling wrote that he would offer up a Hugo Boss suit for free if anyone could beat him at the 200m butterfly, even giving the opposing swimmer a 10-second head start.

“I’ll double down on that. I’ll give anyone a 10 second head start for a 200. Winner gets to pick a suit paid for by me,” is what Schooling specifically posted, while a fellow commenter clarified if it was fly or free. Schooling responded, “whatever they [challenger] wants.”

Although several commenters posted encouraging responses, one individual stated, “Childish and immature. What’s your point? It’s quite unnecessary/uncalled for, what the both of you are doing. Our best national athletes issuing challenges on social media to fellow countrymen.”

Schooling responded, “that’s one way to look at it. Why not healthy competition?”

At the 2016 Olympic Games in Rio, Schooling topped the men’s 100m butterfly podium, beating out a trio of iconic silver medalists in Laszlo Cseh of Hungary, Michael Phelps of the United States and Chad Le Clos of South Africa.

Upon his return, Schooling received a nearly $800,000 award from Singapore, in addition to receiving a hero’s welcome. He and his family were greeted by the nation’s government and Schooling was honored with parades around the nation. He also received free airfare for life from Air Asia.

The man still has consistently been enjoying a string of sponsorships, including as a model/spokesman for clothier Hugo Boss, hence Schooling’s suit prize offer.

Although Schooling scored 100m fly bronze at the 2017 World Championships, as well as earned two individual golds at the following year’s Asian Games, the former Texas Longhorn placed just 44th in the men’s 100m fly at the 2020 Olympic Games in Tokyo.

Somewhere right now Santo is furiously scratching out the word “Japan” on all his paperwork and changing it to “Singapore”.

No matter how fast you are in 200 fly, JS has already been 11 seconds faster in practice.

There is no way i could beat him. Dude’s a legend.

Just give the boss suit to Milak already