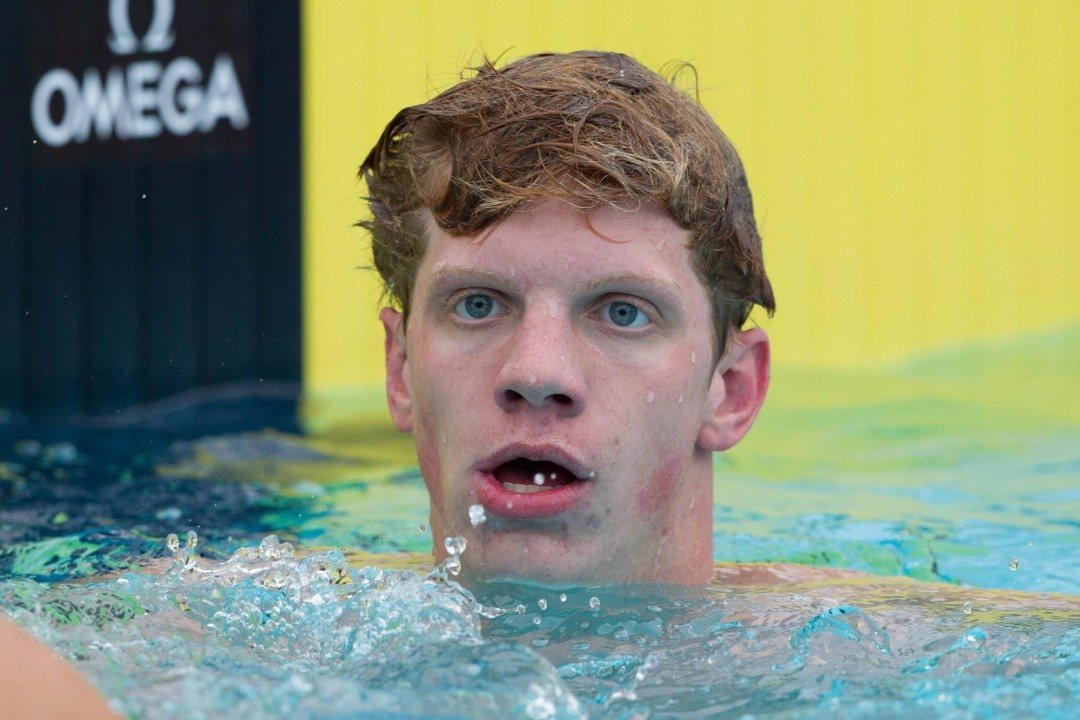 Texas freshman Townley Haas has already done something faster than anyone in history in his first-ever NCAA Championship swim. Archive photo via Tim Binning/TheSwimPictures.com

Texas freshman Townley Haas threw down an emphatic 1:30.52 on the second leg of Texas’ 800 free relay as the Longhorns assuaged any concerns that they might misplay their taper for the 2016 NCAA Swimming & Diving Championships.

That split, as far as we can tell, is the fastest in history: clearing the 1:30.60 done by Michigan swimmer Michael Wynalda at the 2014.

Haas’ reaction time on the swim was a .18, meaning that the flat-start all-time record of 1:31.20, done by Simon Burnett of Arizona, is in danger. When Wynalda did his split, he only swam 1:32.52 in the individual race later in the meet – which is a fast time by most standards except that of his earlier relay split.

Also in that relay, Conger swam a 1:31.89 on the leadoff leg, which goes down as the 8th-fastest 200 freestyle flat-start swim in history and puts him as the 7th-best performer of all time.

And Schooling was out in the same time as him at the 100. Texas is gonna have some scary fast swims this week!

Also in that relay, Conger swam a 1:31.89 on the leadoff leg, which goes down as the 8th-fastest 200 freestyle flat-start swim in history and puts him as the 7th-best performer of all time.

I didn’t believe this, so I had to look it up. Kind of crazy that now 9 swimmers have gone 1:31, but only Joao deLucca has done it twice!