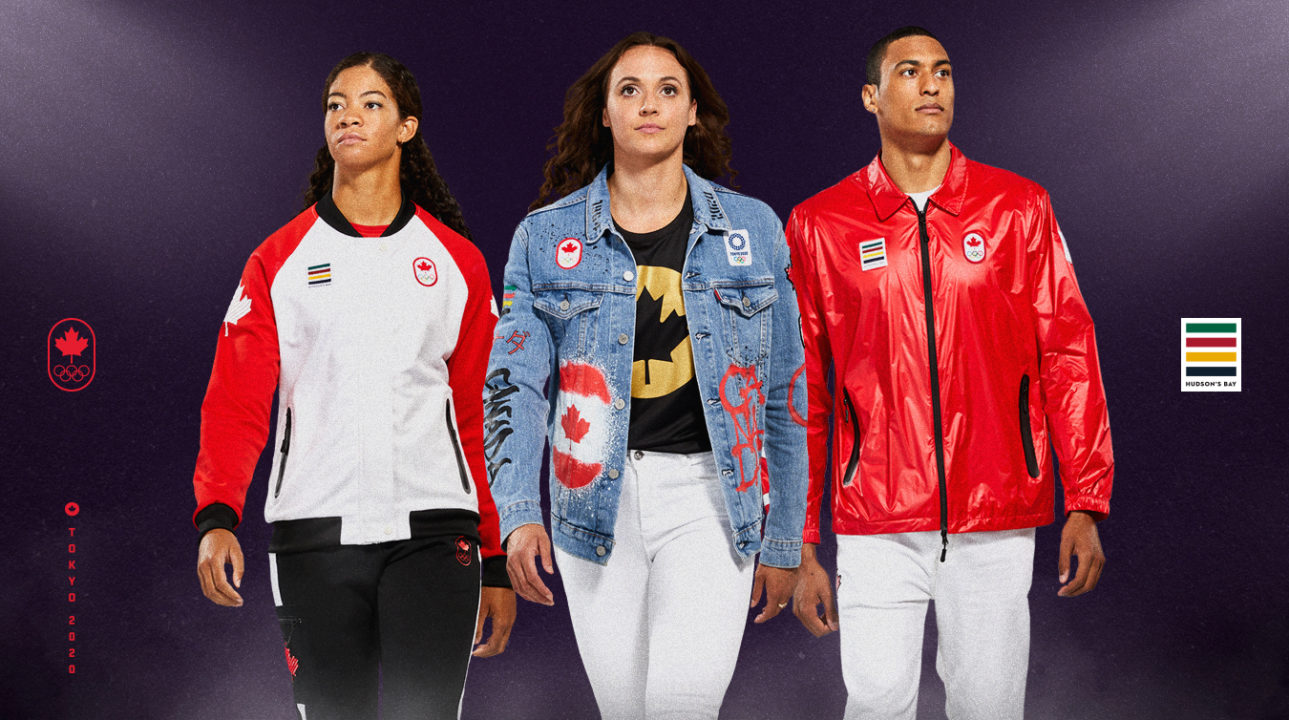 The Tokyo 2020 Team Canada Collection has been revealed today by the Canadian Olympic and Paralympic Committees. The kit was designed by their offical outfitters, Hudson’s Bay, and includes outfits for the opening and closing ceremonies, athlete’s village and podium.

The collection features an exciting collaboration with Levi’s and, according to the press release, “The 26-piece collection seamlessly blends classic fashion pieces with a street style aesthetic for a collection that is fashionable and unapologetically Canadian.”

Hudson’s Bay has been the official outfitter of Team Canada since the 2006 Turin Winter Olympic Games. President and CEO Ian Nairn said of the release, “By unveiling the collection now, our goal is to inspire athletes and fans to keep the spirit and momentum of Team Canada strong, as we look forward to our athletes embarking to Tokyo next summer to compete on the world stage.”

Support the 🇨🇦 athletes who inspire us all with a purchase from the Tokyo 2020 #TeamCanada Collection from @hudsonsbay.

A portion of every purchase goes to our Return to Sport Program, supporting the safe return of athletes to training and competition.https://t.co/4CaPw8gfCS

The outfits feature a host of traditionally Canadian details such as 13 stripes in the opening ceremony jackets to “represent the unity of Canada’s 10 provinces and three territories.”

The kit also plays hommage to the host country of Japan by including elements of their flag within the design for the opening ceremony t-shirts.

It is currently available to purchase in-store and on thebay.com. The creators have also committed to donating 10% of the proceeds into the Team Canada Return to Sport program which was establlished earlier this year following the postponement of the Games.

You can read the full press release and see all of the outfits here.

Hope the swimming will be better than uniforms…

Hopefully it won’t go to waste 😬😬
Btw, is Russia saving the Olympics w their new vaccine?? How ironic!