SwimSwam Pulse: 76% Betting On American Legacy in Men’s 100 Back 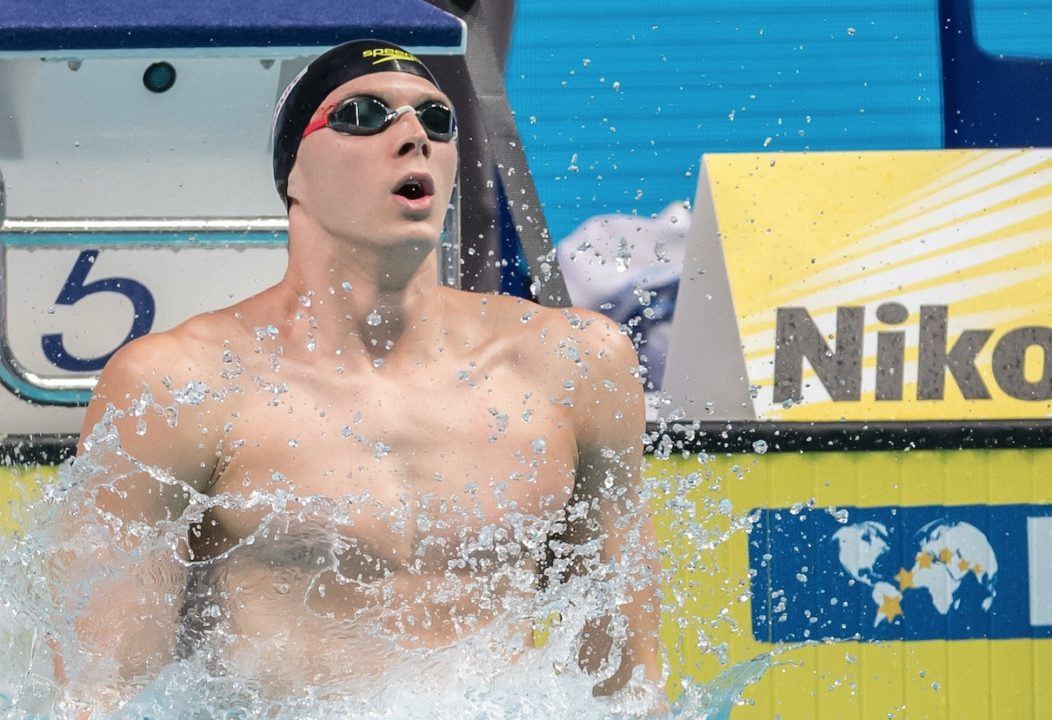 More than three-quarters of voters expressed confidence that the Americans would keep their historic levels of dominance in the men's 100 backstroke, with no other country getting more than 11% of the total votes. Archive photo via Mike Lewis/Ola Vista Photography

Our most recent poll asked SwimSwam readers which country would boast the top men’s 100 backstroker by the end of the summer:

Question: At the end of the summer, which nation will have the fastest men’s 100 backstroker?

More than three-quarters of voters expressed confidence that the Americans would keep their historic levels of dominance in the men’s 100 backstroke, with no other country getting more than 11% of the total votes.

That confidence isn’t misplaced, historically speaking. The U.S. has won the last 6 Olympic golds and 5 of the last 10 long course World Championships golds in the men’s 100 back. But things have tightened up considerably. China’s Xu Jiayu won Worlds gold last summer and Australia’s Mitch Larkin two years before that. Currently, no Americans sit in the top 5 worldwide in the event this season, though that should change come U.S. Nationals.

Olympic champ and world record-holder Ryan Murphy is the top threat for the United States, though he regressed last summer. Veteran and 2012 Olympic champ Matt Grevers is still in the mix, as is speedster Justin Ress, who sits just behind Murphy for the top time in the country this season. 76% voted on that group (or any other American) to produce the 2018 season’s top time.

Just over 10% went with Xu and China’s attack. He currently leads the world ranks at 52.60, though the next Chinese swimmer doesn’t come until 9th in the rankings.

Only 8.9% voted for the young Russian duo that is taking the world by storm. 21-year-old Evgeny Rylov is #2 in the world and 17-year-old Kliment Kolesnikov #3. The Russians also have Grigory Tarasevich in the top 10 this season.

Japan’s Ryosuke Irie has been a staple of the world backstroke scene, but the 28-year-old only pulled about 4% of the votes despite sitting 4th in the world this season. Only 4 people voted for someone from another country – Larkin is the top-ranked swimmer not in our poll (ranked 5th worldwide).

Below, vote in our new A3 Performance Poll, which asks voters to predict the top American 400 IMer on the women’s side:

Not saying it will be clean, but Jiayu goes 51 something.

This will be interesting indeed. Can Irie get back to top form to challenge Jiayu and Murphy/Pebley/Grevers? Will Rylov and Kolesnikov blast out of nowhere? Will Larkin go 51 for the first time?

Also does anyone know what Jiayu’s best time is for this year (post NC2As)?

Rylov and Kolesnikov are, in a different way (Rylov true aquatic genius who will improve a lot also in 100 back, Kolesnikov young, tall, powerful, fast, classy) amazing talents.
And then there is World Champion Xu.
Not an easy task for Us backstrokers towards Tokyo2020.