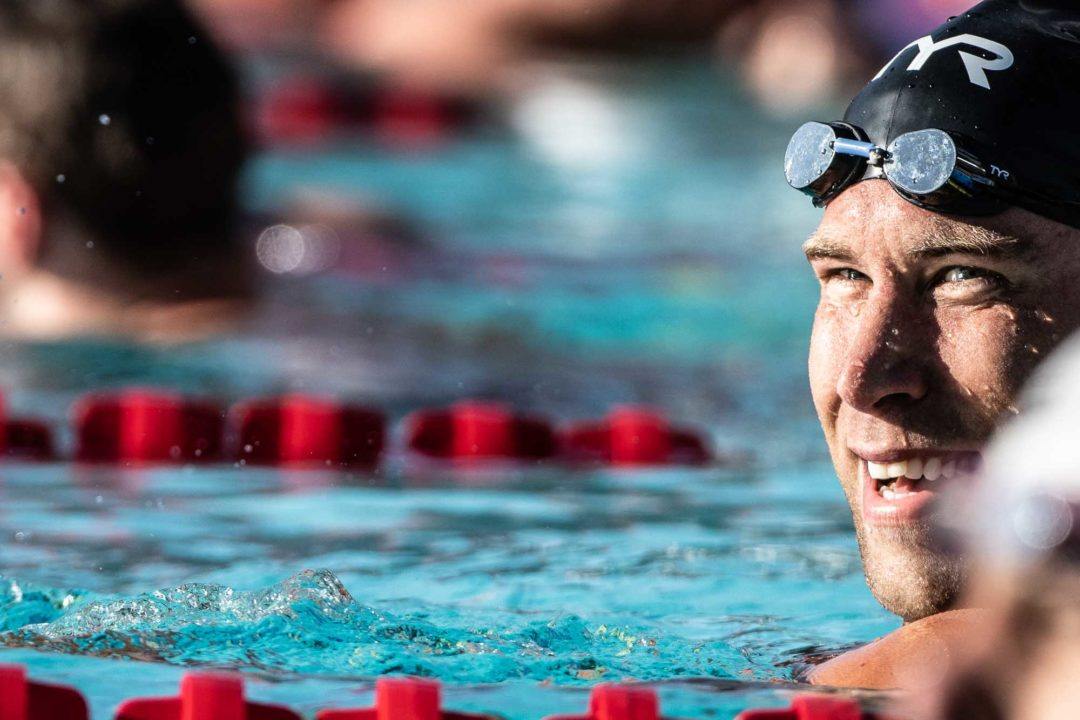 We’re back with swimming’s TopTenTweets presented by Arena, where we round up the best of the swimming Twitterverse. While a... Stock photo via FINIS, INC

Swimming’s TopTenTweets: Hosszu The Swimmer, The Dancer, And The Boxer

We’re back today with swimming’s TopTenTweets presented by Arena, where we round up the best of the swimming Twitterverse.

We’re back with swimming’s TopTenTweets presented by Arena, where we round up the best of the swimming Twitterverse. While a classic Matt Grevers moment takes the top spot, swim Twitter this week featured some quality content from the parents of British swimmers Adam Peaty and James Guy – and it’s got us feeling the love.

Not quite sure how to feel about this.

Might be looking at a delay heading home today @SouthwestAir is pulling kids for a few contests. No worries @midatlanticswim kids can surely entertain. @JerseyWahoos @NancyCurtisTWAC and WAC pic.twitter.com/UxNX4nehfa

My favorite things I’ve been asked to autograph:
1. This drawing
2. An oily bag of chips at Gordo’s on telegraph
3. Nothing else pic.twitter.com/Ce4y8veFta

Gotta respect the Gordo’s chips, too. The only thing more holy would be a burrito itself.

I only had to add 9 seconds from my best 100 fly time to make it to @swimswamnews pic.twitter.com/iuxJRt4Trr

Can we get Tiffany’s autograph, though?

Here’s a collection of plates from my vehicles. pic.twitter.com/RCuoCxWE49

Extremely impressive flex to own the “SWIM” plate in three different states.

It is NCAA season yet?

Good luck today son will be thinking about you… mum & dad up on Friday enjoy & don’t forget to smile when your doing 2fly … your pops xx pic.twitter.com/DptHY8KQ68

What a swim, fantastic 👏👏 @adam_peaty so proud of you ❤️❤️

Little bambino wins gold at British Champs in 200 fly nice warm up for the week !!! pic.twitter.com/tsjYFEOnBf

Catch us calling James by his nickname in all future stories.

It’s actually super impressive that Matt Grevers can do that. I mean, the guy is gigantic.

Love the egg! ‘took a minute to figure it out.