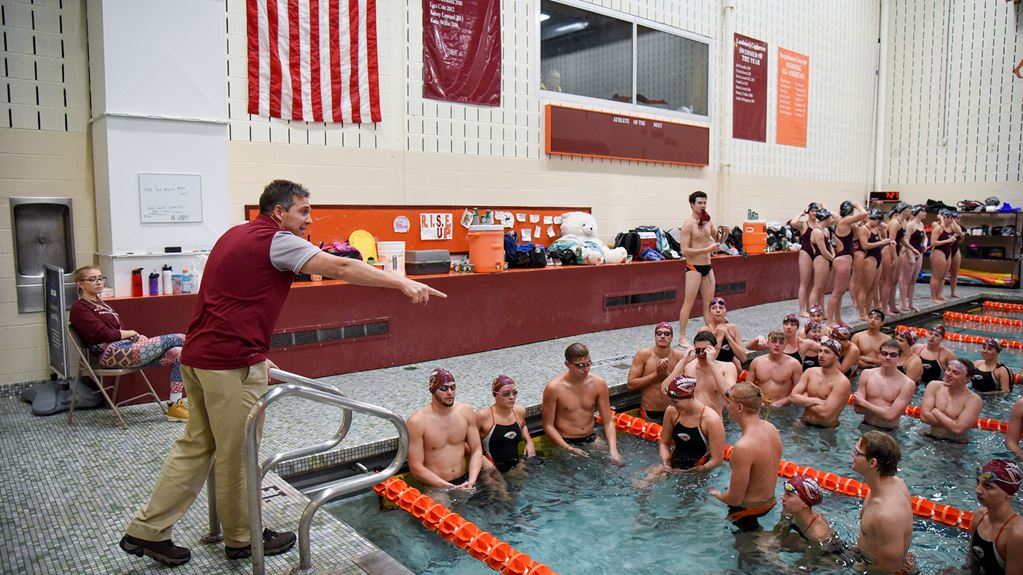 Jerry Foley had been the head coach of the Susquehanna University swim team since 2009. Archive photo via Susquehanna Athletics

The YMCA of the Triangle Area (YOTA) has announced the hiring of Jerry Foley as the team’s new Senior Director of Competitive Swimming. He joins the club’s national group head coach Jamie Bloom and head age group coach Tammy Renee Minyard as the club’s leadership team.

Foley fills the void left by outgoing “director of competitive swimming” Chad Onken, who left the program late last year to take over as co-head coach of Quest Swimming in Richmond, Virginia. Foley’s title is the same as Onken’s, but includes a “senior” at its lead.

Foley most recently served as the head men’s and women’s swimming & diving coach at Susquehanna University in central Pennsylvania. He held that position since 2009, and in 2016 also took over as assistant athletic director. He’s also spent the last 13 years as the head coach of the GSVY/Sunbury YMCA, which includes developing swimmers that won 5 individual YMCA National titles.

“I am energized by the opportunity to be the first ever Senior Director of Competitive Swimming of YOTA,” Foley said. “I am eager to develop a personal relationship with each coach, swimmer, and family associated with the YOTA swim team. During this process it has become evident how much the coaches and YMCA leadership care about this program and that dedication, ultimately, was why I wanted to be part of the YOTA swimming family.”

Foley will begin his new role in the last week of May.

YOTA finished 6th at the most recent YMCA Spring National Championships with 329 points.

Jerry is an outstanding coach who will be missed in Pennsylvania. This is a wonderful gain for YOTA.

Excited to meet Coach Jerry and see what he can bring to the party.