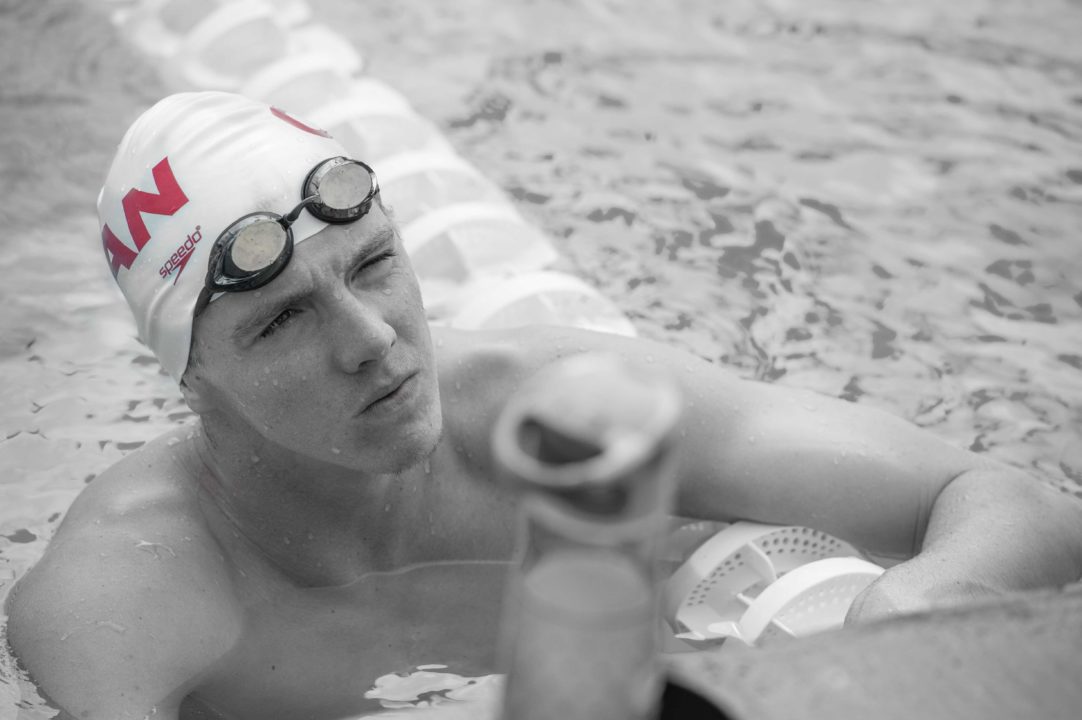 Ali Deloof will compete for gold in tonight’s 50 back final.

Following a similar decision by USA Swimming earlier this week, Swimming Canada has decided to withdraw its athletes from the open water events at this week’s World University Games in Taipei, Taiwan. Swimming Canada cited the same high temperatures, including a “final temperature measurement that was outside the meximum allowable range of 31 degrees Celsius established by FINA.”

Canada lauded the event as “well organized, with a quality safety plan,” but says that it could not “satisfy all items on its Open Water Safety Checklist.” Swimming Canada did not respond to a request for other items that weren’t satisfied besides temperature.

“Safety is always my first concern, and it’s been the primary area of discussion since our arrival,” said Swimming Canada Distance/Open Water Coach Mark Perry.

“We have a very comprehensive Red-Amber-Green rated safety system that we use to assess all safety issues before making a decision on whether it’s safe for our athletes to compete. In this case, we feel the conditions warrant withdrawing from the race.”

“Safety is our main concern,” added Swimming Canada CEO Ahmed El-Awadi. “We support the decision of the staff to withdraw the athletes. The reality is you cannot control the weather and we are not willing to place our athletes at risk.”

The swim is scheduled for Sunday morning Taipei time (Saturday evening Canadian time).  The air temperatures on Saturday afternoon in Taipei is 31 degrees Celcius. While no official statement has been released by organizers, the races have been moved to a 6:00AM (men) and 6:15AM (women). They were originally scheduled for 8:00 AM in the New Taipei City Breeze Canal.

Once again shame on FINA. The water temperature was above the FINA top limit of 31C and they ignored their own open water safety procedure and allowed the race to proceed:
https://www.fina.org/sites/default/files/rules-print-pdf/7417.pdf

Risk of loss of human life is the only consideration under these circumstances. Once gain FINA demonstrated their sheer incompetence and disregard for athlete’s safety and lives.

Cudos to Canada, USA, AUS and any others who pulled their athletes. Remarkable though is that the National Federations have now to monitor safety and make the calls that FINA are too incompetent to make.

It’s the World Student Games organised by FISU, it has nothing to do with FINA.

Although FISU is in charge of the World University Games, the composition of technical committee in every sport must contain TD from its International Sport Federation. In this marathon swimming, the TD from FINA was Ronnie Wong from Hong Kong.
sources: technical handbook from 2017 summer universiade, p.39 : https://data.2017.gov.taipei/001/HamaTestUpload/123/636392039042669262.pdf

Paltrinieri won the race. This is his third gold in the WUG

Looks like they went ahead with the race. Australia’s two swimmers and Great Britain’s swimmer did not start.

Not sure what they mean by “final” measurement as normally the official measurement is taken 2 hours before race. If it is above 31C then hopefully the race gets cancelled. USA Swimming wants it below 30C(85) and even then I’m not sure that is enough with high air temp combination. Good call Canada.

It’s always heart breaking to hear how an international athlete and their respective National have to withdraw and lose the ability to compete it is quite refreshing to hear how much care and attention are being put into our athletes well0being. it is never an easy decision but was there not a backup site for these games? I recall one of the pan pac games having to be relocated from Australia to Hawai once.

while logistically a nightmare was this ever on the table?

They were able to combine the Sr Pan Pacs with Jr Pan Pacs in 2014 … what other event could host this on short notice?

clearly we are past that point but I would like to future events with extreme temperatures in their venues have a backup plan in place. I just cant help but feel terrible for those athletes. funding and placement depends on these results (I’m sure governing bodies will make exceptions but its complicated)