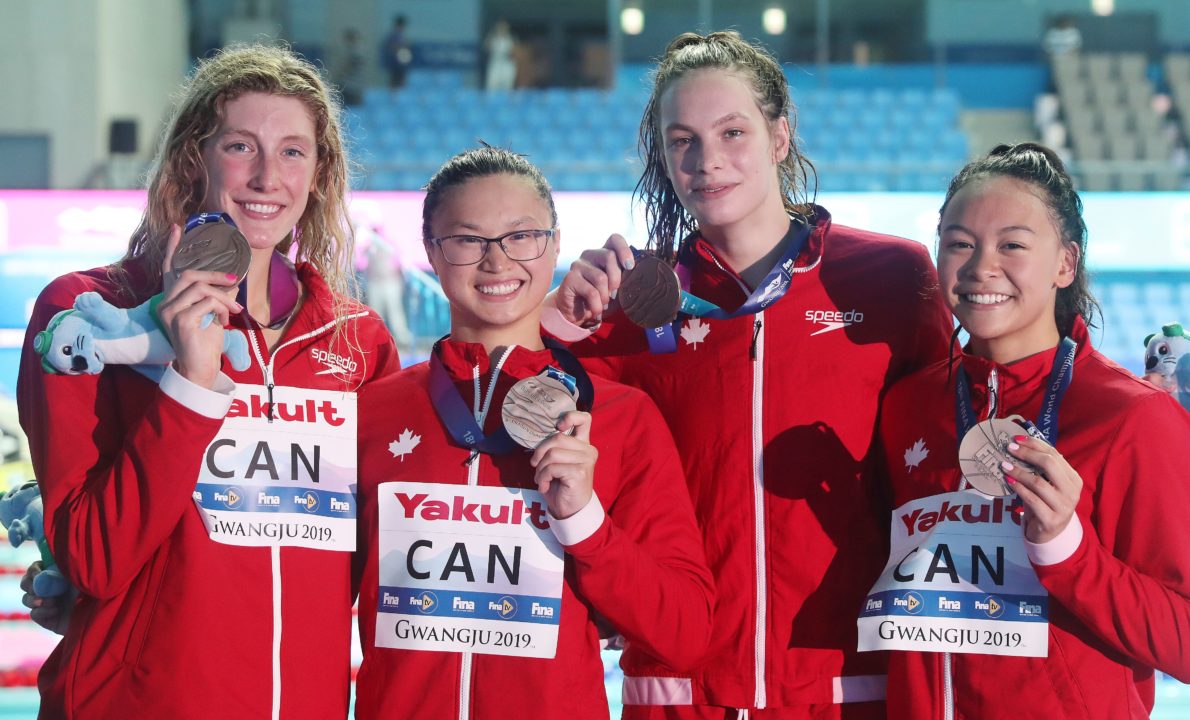 With the Trials scheduled for early April, High Performance Director John Atkinson says Swimming Canada has started to look at what the meet will look like. Archive photo via Swimming Canada/Ian MacNicol

Some of Canada’s top swimmers, including Penny Oleksiak and Taylor Ruck, train out of the centre.

Swimming Canada has been releasing data on its safe reopening of its High Performance Centres over the last two weeks as the country continues to get more swimmers back in the pool.

In a conference call on Thursday, High Performance Director John Atkinson spoke about the steps the organization has taken in order to get to this point, and also touched on the difficulties of returning to competition and what next year’s Olympic Trials might look like.

Atkinson, who’s been with Swimming Canada since 2013, says that all possible situations are being considered for the Trials, which are currently scheduled to take place April 7-11 at the Toronto Pan Am Sports Centre (TPASC).

“As you can imagine, we have Scenario 1 through to Scenario 10 that we’re currently considering, and we’ll probably be taking a more in-depth look at how that can potentially work toward the end of November and early December,” Atkinson said, adding that selecting a team will be a much more difficult task than actually going to the Games.

The biggest hurdle facing Swimming Canada, both in terms of the Olympic Trials and returning to competition in general, is the various health restrictions across the different provinces.

“The issue is, how do we run a Trials under provincial health restrictions that want to ensure that you can have social/physical distancing in place, and the cap on the people in the building, and also the challenge that we would have swimmers coming from across Canada into that environment,” he said. “We don’t know the exact details of it, but we will, in my opinion, need to run something in April. And I think running something in April is very important. If you consider the vaccine is not yet ready — if there is a vaccine what will change in any other month next year? Probably not a lot.

“So we have to learn to do things with what we have and how well we can make it work for us. So something will happen in April. What it looks like? That remains to be seen. But it will be very controlled and probably more restrictive than what we’ve normally done.”

In terms of returning to competition, Swimming Canada will continue to work with its provincial governing bodies as they seek to give athletes an opportunity to race high-level competition prior to the Trials.

“I think the first thing is the challenge across Canada with different provincial government health mandates and what they can allow for competition,” said Atkinson. “So that’s why we’ve worked with our partners in the provincial sections to look at the development of those competition opportunities. We’re currently working with them on that, and our hope is that we will be able to restart competition in different ways toward the end of this year, and certainly in the build-up to those Trials in April.”

Why have trials for an Olympics which will not happen?