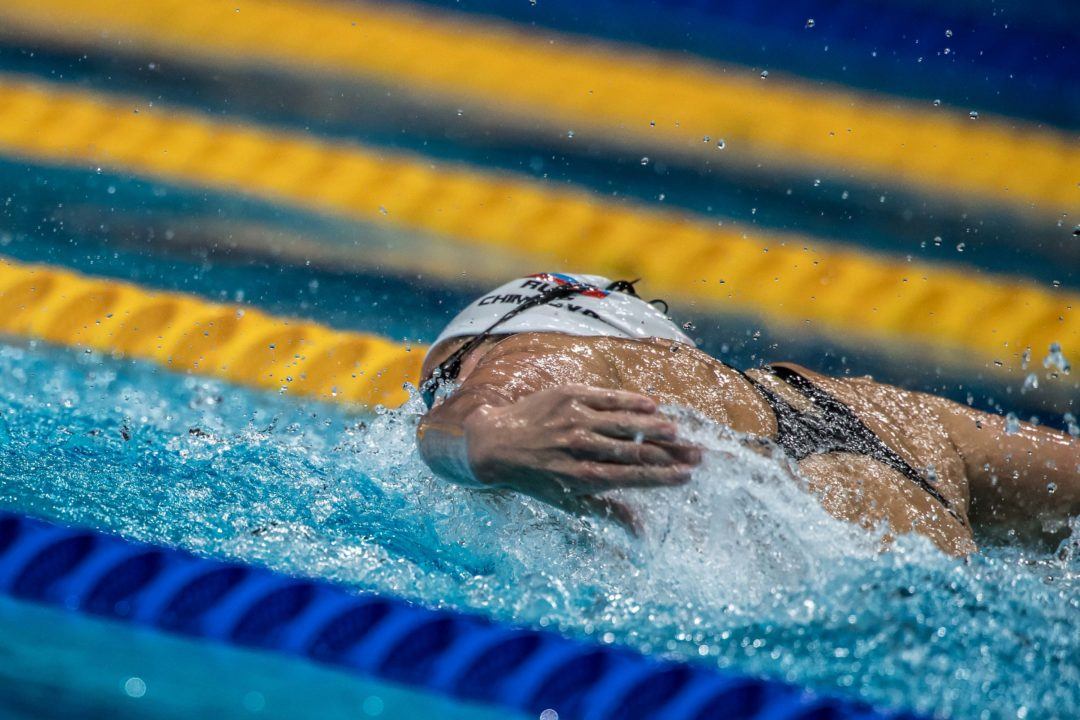 Svetlana Chimrova struggled in the final of the women's 200 fly, but bounced back in the 100 semi-finals on Wednesday. Archive photo via Mike Lewis/Ola Vista Photography

Russian butterflier Svetlana Chimrova says that some health issues early in the season impacted her training for the 200 fly, where she failed to hit the qualifying standard at this week’s Russian Nationals.

“My health was not very good at the beginning of the year,” Chimrova told state-run RSport. “I spent a week in the hospital in January, so I assumed that the 200 butterfly would feel heavy.”

Chimrova won the title in the 200 fly, but swam just 2:10.44. That was 3.11 seconds away from her own Russian Record in the event, set at last summer’s European Championships, and 2.01 seconds away from Russia’s selection standard.

“The recovery took a lot of time and effort; one meet went well, and the next was not strong enough,” Chimrova said. “I came to the Russian Championship not in the best shape for this reason. If I don’t manage to swim the 200 fly at the World Championships, well…god giveth and god taketh away. We’ll prepare for the 100 (fly).”

Chimrova did have a much better swim in the 100 fly semi-finals, touching in 57.63. That’s within half-a-second of her Russian Record, and is under the World Championship invitation time. With no other obvious candidates to fill the 200 fly spot in Gwangju, it’s likely, if she can repeat her performance in the 100 fly final, that she’ll be given an opportunity to swim that 200 fly anyway.

With 3 months until the World Championships begin, that would be a significant training block for her to resume form in the longer butterfly race.