5 Storylines to Watch for at 2019 Pro Swim Series – Richmond 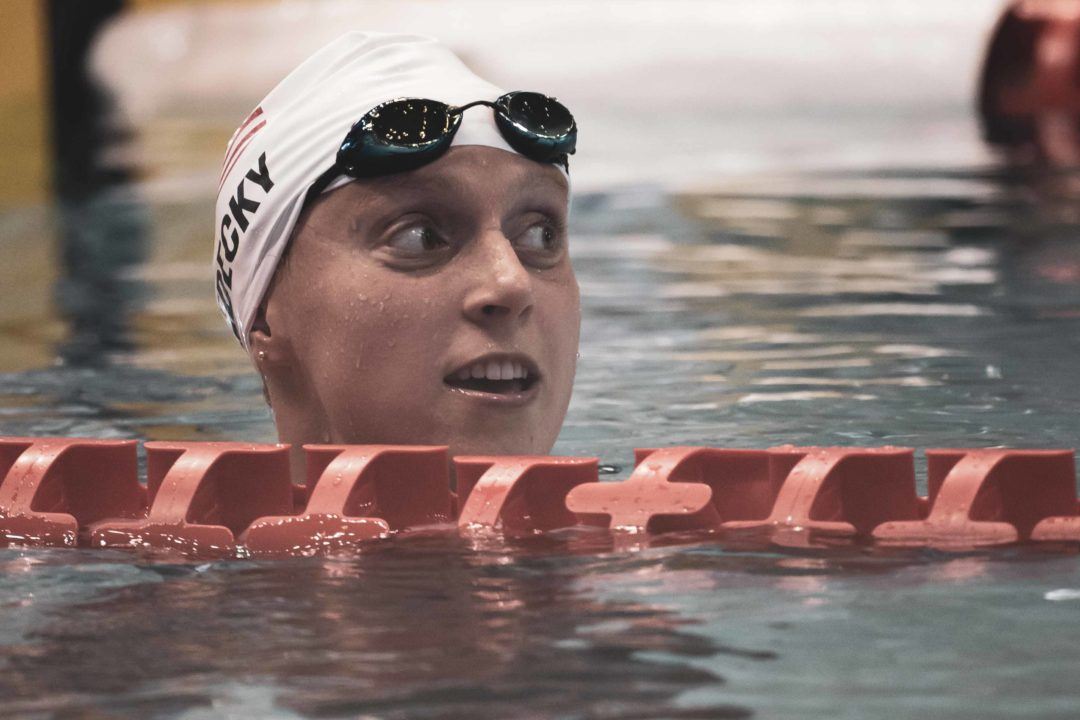 Katie Ledecky will return to a familiar event, the 800 free, and is also scheduled to race a few more-unusual events, for her. Archive photo via Mike Lewis/Ola Vista Photography 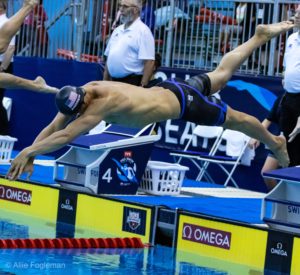 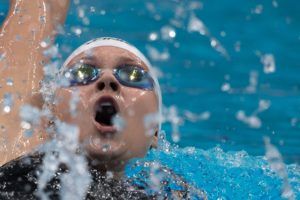 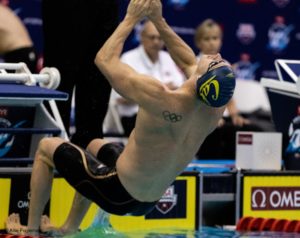 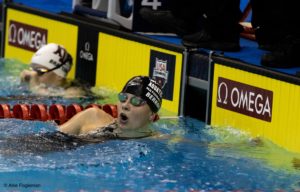 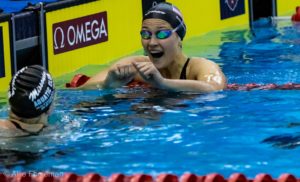 For the 3rd stop of the 2019 Pro Swim Series in Richmond, Virginia, entry numbers have rebounded – not quite to the levels of prior years’ meet, but enough to fill out most of the finals heats, at least.

Richmond will also mark the return to the series of Katie Ledecky, who swam in Knoxville but skipped Des Moines. The DC-area native is representing her native Nation’s Capital at the meet.

Here’s 5 storylines, including Ledecky, for the meet.

Caeleb Dressel is the fastest 200 yard IMer in history, but has only swum the race twice in the last 4 years in long course. That includes in May of 2018, when he swam his best time of 2:01.98.

He’s got 8 entries at the meet, which is more than he usually swims, so we can’t be certain of what he’ll swim (or in which suit he’ll swim it, which accidentally became one of the most hot-button stories from Des Moines, after he missed the A-Final in the 100 free while racing in briefs).

In Des Moines, Michael Andrew pipped Caeleb Dressel in the 50 free by a margin of 21.94 to 22.08. This is becoming a great single-event rivalry between America’s two best sprinters.

No, he didn’t go anywhere. Well, he did move to Virginia.

But Conger, one of the greatest high school backstrokers in history, has been away from the backstrokes for a while. But this weekend, he’s scheduled to swim his first long course 100 backstroke in almost 4 years. He’s the 12th seed in the 100 backstroke.

At Texas, Conger really moved forward as a 200 freestyler and butterflier, mostly, and those have been his focus events in long course as well. There will be some nostalgia if he holds up his entry in the 100 back, though.

NC State freshman Sophie Hansson had a breakthrough rookie year with the Wolfpack. She swam faster in the 100 yard breaststroke than any other freshman in NCAA history, save for Lilly King.

Last week, her sister Louise followed up on a big NCAA season of her own with a new lifetime best in the 100 meter fly at the Canadian World Championship Trials. Sophie didn’t swim at that meet, but is arguably even more significant toward Sweden’s future in the 400 medley relay.

Her best time in the 100 in long course meters is 1:07.59. If she can swim a 1:06-mid flat-start, and dip into a 1:05-mid on a rolling start, then Sweden has a chance in medals both at the Gwangju World Championships and at the Tokyo Olympics.

Katie Meili declined her spot at the 2019 World Championships to focus on law school, and while she swam at Short Course Worlds, she hasn’t officially raced otherwise since last summer.

But, given the meet’s proximity to Georgetown, about 2 hours south, she’s scheduled to make appearances in the 50 free, 50 breaststroke, and 100 breatstroke.

Interesting how “best sprinters” is now defined solely by the 50, and not by the 50 and 100. Used to be the 50/100 and the 50 only guys were considered an anomaly. Even Tony Ervin could go a 47 on a relay split 100. MA is lucky to break 50. Strange how his worst stroke 100 (free) is comparatively his best 50 event. Difference is he gets to breathe in the other strokes and can’t maintain speed while breathing in free.

I would have to agree to that usually sprinters would be defined by both their 50 and 100; however, in MA’s case, his ability to sprint every single stroke for the 50 competitively on the international scene justifies his title of “best sprinters” to me.

A bit like Manadou although even he could also throw down a decent 100 Free despite being a hulk.

More generally I really dislike the trend towards the 50s. For me only the 50 Free is interesting and even that is nothing compared to the 100 & 200. I fear that this is a minority view and we are heading towards 50s being the main event across the board in 25 years.

I feel like this is a direct attack on my username.

Under 8:10 is still a big deal and she does it on special occasions. Her cruise control pace that didn’t hurt her at all was ~ 8:11 – 8.13. So if she is in the mood for good time she will do just that. Swimming above 8:14 doesn’t mean to her anything but will raise a huge wave of comments from the happy people who will try to convince everybody that they have just noticed signs of the beginning of something. Who needs this crow noise of super predictors.

Yeah and she went 8:14,,, she even said before the race that she wants to do her fast times at worlds

You seem to be missing another big story line. Gordon Wheeler makes his return to the competitive stage after winning a MAC chanpionship about a month ago. This will be his first shave/taper meet since winning Juniors with the Mason Manta Rays so don’t be surprised when he breaks the 1:50 barrier in a brief tomorrow morning.