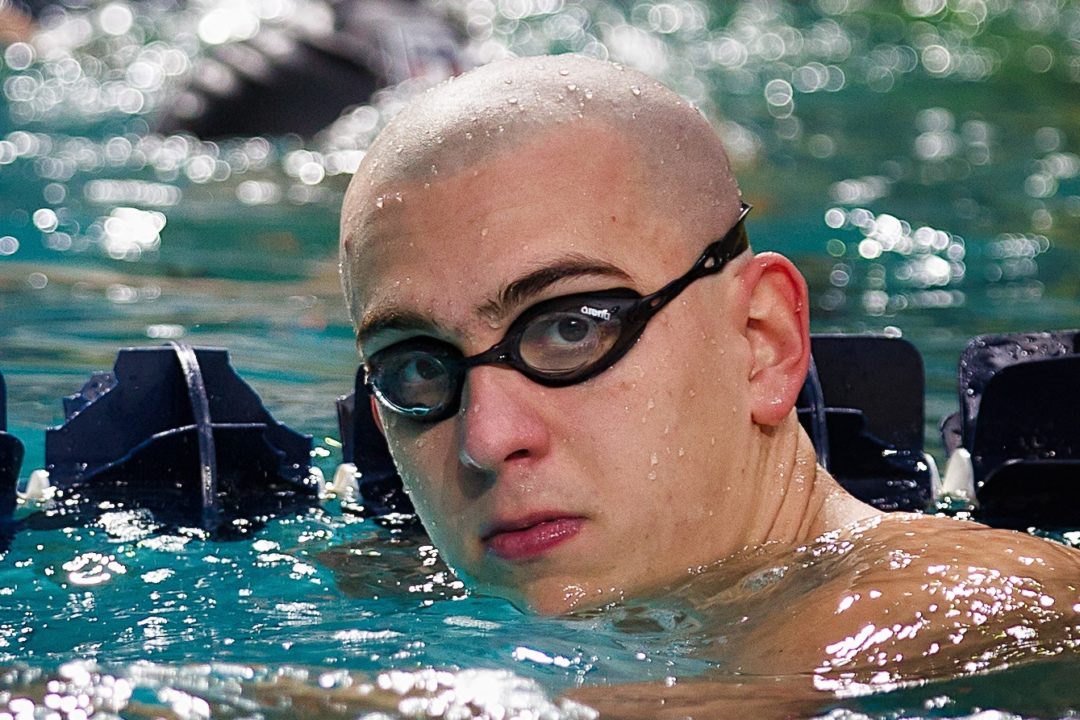 The 2012 European Championships wrapped up in Debrecen, Hungary on Sunday, and though there were many big names missing, I’d say this can definitely be labeled as a “successful” meet. We learned about a lot of great new swimmers from Europe’s smaller countries, and found out which countries are swimming hot right now.

After a six-year hiatus from the event, Britta Steffen has made her mark at this year’s European Championships, securing a second gold medal with this win in the 50 free in 24.37 – that ranks her 4th in the world this year, and is as fast as she’s been since 2009. Her 100 freestyle came back around last week at Trials, but her 50 was disconcertingly not as good there. The wait was worth it though, as this week her better of the two races was this shorter sprint.

Another swimmer having a great meet is the Netherlands’ Hinkelien Schreuder, who took the silver in 24.78. She’s had a very difficult last year, and is using this meet (as the only of the big Dutch sprint crew in attendance) to continue to build her confidence ahead of an Olympic relay swim. That’s her best time since this same meet in 2010.

Greece’s Nery-Mantey Niangkouara was 3rd in 24.93 followed by Estonian Triin Aljand in 25.01. That locks up a FINA A time and an automatic Olympic berth for Aljand: a time that she has been excrutiatingly close to throughout the qualifying period.

Greece actually put a second swimmer in the top 5, with Theodora Drakou placing 5th in 25.05. Both she and Niangkouara cleared the Greek National Record – the Hellenic women’s sprinters have had a great meet.

Iceland’s Sarah Bateman, who won a three-swimmer swim-off to make the final, was 8th in 25.38 – matching exactly her semi-final time. She has great consistency.

So much for his sore ribs – France’s Fred Bousquet didn’t have a great time in the semi-finals, but did manage to win his heat in a very tight finish on Saturday. In the final, though, nobody was even close to him, as he ripped his ray to a 21.80 victory in the race. This reminds us that despite missing the French Olympic Team, Bousquet is by no means done with his elite swimming career. He now has the two fastest times by a French swimmer in 2012.

Sweden’s Stefan Nystrand was in 2nd in 22.04 – a relatively-large two-tenths deficit. The Ukraine’s Andriy Govorov was 3rd in 22.18.

In a tie for 4th was Germany’s Marco di Orsi, Greece’s Kristian Gkolomeev and Finland’s Ari-Pekka Liukkonen in 22.22. For Liukkonen, that rebreaks his own National Record. Di Orsi with that swim snaps out of a two-week funk that he’s been in, though it still leaves him without a FINA Automatic Qualifying Time.

Hungary’s Katinka Hosszu won her third title of the meet in the women’s 200 fly, but she got by far her biggest challenge in this race. In NCAA swimming, we’re used to seeing Hosszu swim from the front of the field; however in long course, even when she’s on her game, it’s often the final 50 that wins her race. She came from half-a-second back with a closing 50 of 32.57 to win the gold medal in 2:07.58.

Her teammate Zsu Jakabos has also been having a great meet (really, the entire Hungarian team has) and took her second individual silver in 2:07.86. This wasn’t a best time like we’ve seen in some of her other races, but being a second off may actually be a positive sign in context, given for example the two second drop in her 400 IM.

Sweden’s Martina Granstrom swam the best 150 meters of her career, but couldn’t hold on for the final 50. She took the bronze in 2:08.22. With the improved finishing speed that should come from a taper, we should expect her to be able to swim a full second faster than that at the Olympics.

Also in the final, in 7th Denisa Smolenova broke the Slovakian National Record in 2:10.70.

For the first time in this meet, Hungary’s Laszlo Cseh didn’t beat his best time from 2011. But in this 400 IM, his best race, that would have been even more difficult to do. He did, however, match Katinka Hosszu with a 200 fly-200 IM-400 IM triple at this meet thanks to a 4;12.17 win – the 6th-best time in the world this year. His opening butterfly is looking strong as he’s attacking this race, and it’s clear that he’s put in a lot of work on his breaststroke – which has historically been his weakest stroke.

David Verraszto again gave Hungary a 1-2 finish (for the third-time this meet) with a 4:14.23 finish for 2nd. Greece’s Ioannis Drymonakos broke a National Record for bronze in 4:14.41 – at least the third National Record broken so far in this meet. With 6 medals, including 1 gold, this marks their most successful European Championship meet ever (they won four medals in both 2006 and 2008).

France’s Coralie Balmy continued the tradition of success for France in this race with a gold-medal time of 4:05.31. That is a touch faster than she was at French Trials and ranks her 4th in the world this year. Like we’ve seen from a lot of swimmers in the distance races at this meet, she really focused on pacing herself, only in this case she had enough pace left at the end to actually beat her previous time for this season. More-and-more European swimmers are buying into the Federica Pellegrini mode of finishing their races very hard. If you can’t beat ’em, join ’em.

Pellegrini didn’t swim this final after winning the 200, but Spain’s Mireia Belmonte did on her second event of the day, and finished 2nd in 4:05.45. She matches the theme mentioned above and actually negative-split the race 2:03.1-2:02.3. France put a second swimmer on the podium with a 4:07.47 from Ophelie-Cyrielle Etienne. She didn’t have a very good French Championships in March, but this swim is much better. She’s still a very important part of a great French 800 free relay, so for her to swim well at this meet is big.

Hungary’s Eva Risztov was4th in 4:07.72. That just barely missed her being the only swimmer to medal in all three distance freestyles, after previous podiums in the 800 and 1500.

The Czech Republic’s Petra Chocova won the women’s 50 breaststroke, to win only her country’s second-ever European Championship in long course. That time breaks her own National Record that was set in the semi-finals.

Ireland’s Sycerika McMahon, the newest member of their Olympic Team, crushed her own National Record as well, with a silver-medal winning time of 31.27. Germany’s Caroline Runhau was 3rd in 31.35.

The Italian men pulled of a surprise upset in the men’s 400 medley relay, thanks in no-small-part to a blazing 51.24 split from Matteo Rivolta. With Filippo Magnini anchoring in 47.78, nobody ended up even close to their 3:32.80 – which broke a National Record from 2009 by six-tenths. I think it’s safe to say that at least a portion of the Italian team was using this meet as a big pre-Olympic test, and put a few weeks of rest. Still, that’s an outstanding performance from them and the fastest in the world in 2012.

Notably, Israel didn’t give Guy Barnea a last shot to make the FINA A-cut in either the prelims or finals of this relay, meaning that he’s for now off of the Olympic Team.

The German women took nine-tenths of a second off of the old European Championship Record with a 3:58.43 domination of the women’s 400 medley relay. The group of Jenny Mensing (1:00.51), Sarah Poewe (1:07.44), Alexandra Wenk (57.74), and a huge 52.74 anchor from Britta Steffen was two seconds faster than they were in prelims at Worlds last year, though they DQ’ed the final. The German women, despite some struggles on the men’s side, have looked as good as they ever have in textile this year.

Italy was 2nd in 4:01.92, with a huge drop to Sweden in 3rd in 4:05.58. The Swedes were without most of their stars, including Therese Alshammar and Sarah Sjostrom, but those who were in the race swam well (aside from Therese Svendsen’s 1:03 in the backstroke leadoff). This relay did highlight their weakness on the backstroke leg, though.

In 4th, Iceland’s group of Eyglo Gustafsdottir, Hrafnhildur Luthersdottir, Sarah Bateman, and Eva Hannesdottir swam a 4:06.64. That jumps Finland for 4th in the final Olympic qualifying rankings, and they’ll be holding their collective breaths while waiting for the official FINA invitations. They are seeking their first-ever Olympic relay, and this is a great start – it broke the National Record set at the 2009 Small States of Europe Games by 9 seconds.

There was a ton of turnover from the 2010 Championships in this meet; in 2010 the top three were France, Russia, and Great Britain; but in 2012 the echos of the three dominant countries were clear, with the home country Hungary, Germany, and Italy dominating the action. Greece – another country whose name echoed throughout the arena in Debrecen – won 6 total medals that nearly doubled their all-time total (they only had 8 coming into this year).

Hungary actually led the overall medal table as well, despite not winning a single one outside of swimming.

I heard that Pellegrini didn’t make through the prelims of the 400 !!?? strangely …..She felt unusually tired and had to undergo blood tests as soon as possible . So , she told press she was in goos shape but in fact wasn’t feeling too well . Wish for her very good recovery into London ….

Laszlo Cseh had a very good championship but won’t be a threat for Us team on the IM’s in London . The italians finished with a very good 400 medley relay !!! I saw all the finial races live and really enjoyed them . Bousquet finally could get a very good 50 free as well . Well done guys .

A typo perhaps as it was *Iceland* rather than Finland who accomplished this feat?

That is a great time from the Italian men 4×100 MR. I wonder if they can still drop time in London.