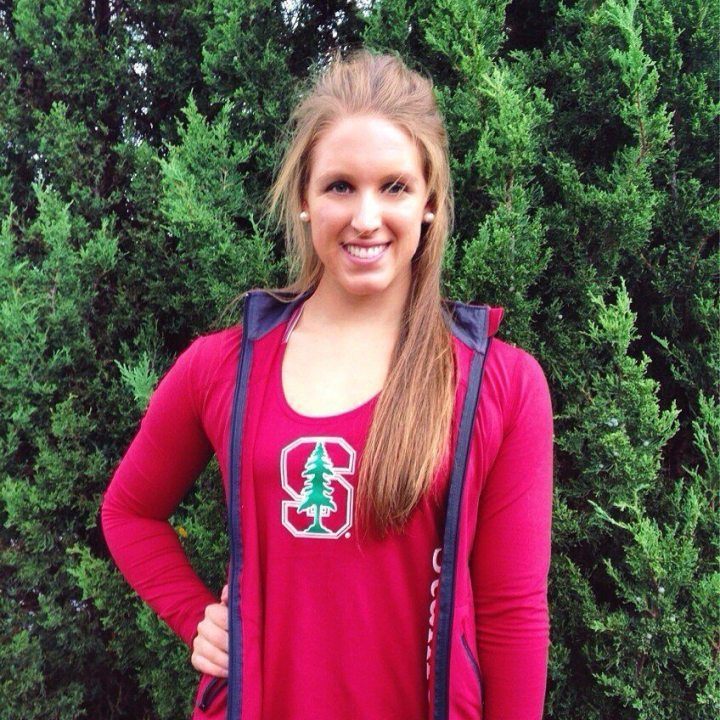 To see a list of all recruits we’ve reported on individually, including the five below, see the SwimSwam Commitment Index... Current photo via Leah Stevens

To see a list of all recruits we’ve reported on individually, including the five below, see the SwimSwam Commitment Index here.

“I couldn’t be more excited about what this class will bring to the pool deck everyday as young people, not just as swimmers,” said head coach Greg Meehan, who is the reigning College Swimming Coaches Association of America Swimming Coach of the Year after guiding the Cardinal to second place at last year’s NCAA Championships. “Above all, they represent the things that we are about here.”

Ledecky, one of the most decorated swimmers to ever enter the college ranks, highlights the signees. Her Olympic gold came in the 800-meter freestyle (London 2012) as the youngest member of the United States Olympic team and she owns the world’s best times in the 400-, 800- and 1,500-meter freestyle. The Bethesda, Md., native has been named the 2013 FINA World Swimmer of the Year, 2014 USA Swimming Athlete of The Year, and the 2014 U.S. Olympic Committee Sportswoman of the Year.

“Katie is, in my opinion, the best swimmer on the planet,” expressed Meehan. “But what’s most important about Katie is that anyone that meets her is so incredibly impressed by how she carries herself and how she handles herself. She really embodies what the Stanford student-athlete is all about.”

The recruiting class goes beyond Ledecky, as well. Ella Eastin (No. 6) and Leah Stevens (No. 19) are both ranked in the top 20 according to SwimSwam and Eastin joins Kim Williams as one of the best IM swimmers in the group. Kaitlyn Albertoli, a freestyle swimmer who helped JSerra Catholic set a national high school relay record, is also a part of the talent-laden class.

“In a lot of ways, it helps balance our team,” noted Meehan. “We had a sprint-heavy Class of 2014. We have worked towards getting more depth and strength in our 200 strokes, our IMs and certainly our distance freestyle. This class really helps keep us well-rounded.”

All five members of the class have represented the United States at various levels. Here’s a look at each swimmer:

Albertoli on Stanford: “I am so excited to become a part of the Stanford family. I knew the second I walked on to the Stanford campus that I wanted to go there. Academics have always been so important to me and I feel so blessed that I’m going to be able to come to a place where I can not only purse my swimming dreams, but my academic goals as well.”

Meehan on Albertoli: “Kaitlyn Albertoli is a great young woman. Her ability to swim the 50 up to the 100 is exciting for us as we continue to add to the sprint group of our team. Kaitlyn’s abilities extend to the community as well as she has been really involved in community service and I’m excited to have her bring that aspect of her life to help better our program.”
Ella Eastin
Irvine, Calif.
Crean Lutheran • SoCal Aquatics
IM

Eastin on Stanford: “It has been a dream of mine since I was a little girl to attend Stanford, one of the greatest universities in the world. Once I received this opportunity, I knew I couldn’t turn it down. Not only do I love the school, once I met the team, Coach Greg (Meehan) and Coach Tracy (Duchac), I knew it was the right fit for me.”

Meehan on Eastin: “Ella Eastin is the most well-rounded swimmer in the Class of 2015. She is a world class IMer, but she can also swim a great 200 fly, 200 back and 200 and 500 free. We are excited to have Ella come in and, along with Kim and Leah, to create a training group that can follow in the footsteps of the great IMers we have had in the history of our program.”
Katie Ledecky
Bethesda, Md.
Stone Ridge School of the Sacred Heart • Nation’s Capital Swim Club
Freestyle

Ledecky on Stanford: “I’m really excited to be signing with Stanford. I’m looking forward to swimming with such a talented and hard-working team coached by Greg (Meehan) and Tracy (Duchac). I know it will be a lot of fun to compete in the Pac-12 and NCAA. Needless to say, I’m a proud new member of Nerd Nation.”

Meehan on Ledecky: “Katie is, in my opinion, the best swimmer on the planet. But what’s most important about Katie is that anyone that meets her is so incredibly impressed by how she carries herself and how she handles herself. She really embodies what the Stanford student-athlete is all about. She has range from the 100 to the 1500 and is world class in everything.”
Leah Stevens
Louisville, Ky.
Sacred Heart Academy • Lakeside Swim Team
Free/Breast/IM

Stevens on Stanford: “I chose Stanford not only for the elite athletic program, but also for the world-renowned academics. I can honestly say that signing with Stanford is a dream come true.”

Meehan on Stevens: “We are excited about Leah and what she will bring to our program. It was clear from the beginning of this process that Leah has an incredible work ethic and that our team will benefit from this in the future. Along with the others, Leah is really good in a lot of different events and I’m excited to see where that takes us.”
Kim Williams
Bellevue, Wash.
Bellevue • Bellevue Club Swim Team
IM

Williams on Stanford: “I am beyond excited about signing with Stanford because I cannot wait to be part of such a caring and dedicated group of girls and to attend one of the best universities in the world. I truly believe Stanford was the perfect fit for me. It had always been my dream to go there and I’m so grateful to have that opportunity now.”

Meehan on Williams: “Kim Williams is someone who, after watching her race this past spring, really opened our eyes to just how good of a swimmer she is. Kim has a great natural feel for the water and can swim a multitude of events. With that said, I’m very excited about her prospects in the IM events.”

The above is a press release submitted by Stanford Athletics.

Best swimmer on the planet.

So happy for the Card family!

Welcome to Nerd Nation domination for the next quad! Go Stanford!

I am 11 years old and I swim for lakeside, just like Leah Stevens. I have cunsulted with her before and she is my dream come true or i guess you could just say she is my “idol”. Another one of my BIG “idols” is Katie Lendecky. Both are young beautiful girls that I will always l