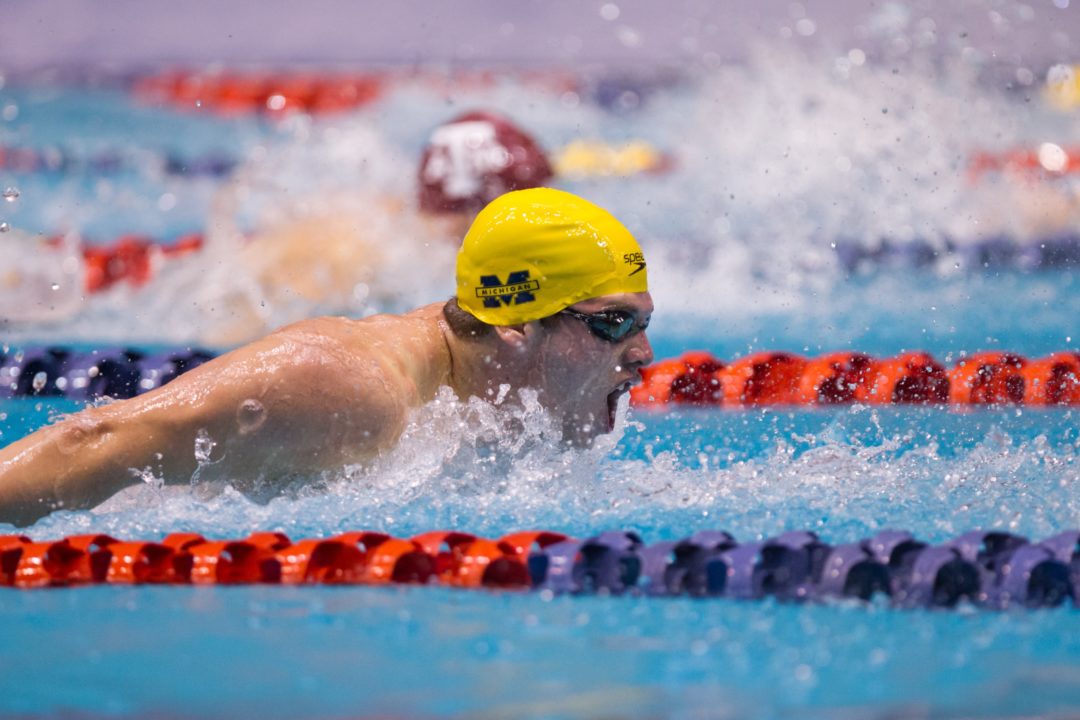 Sean Fletcher (above), the previous record holder, is now an All-American at the University of Michigan. (File Photo Courtesy: ©Tim Binning/TheSwimPictrues.com)

First the state, now the nation. State Records have been falling like dominoes at the Illinois High School State Championships, and now Mundelein High School senior Connor Black has taken down a National Public School record in the 100 fly. Black clocked a 46.71 in the state finals, which cleared the 2009 mark by current Michigan Wolverine Sean Fletcher from Madison High School in Virginia.

Black had previously been a 47.20 in prelims to break the State Record.

Fletcher’s swim was at one point the Overall National High School Record, before last year when Maclin Davis became the first swimmer under the 47 second barrier in high school competition. Now, it’s been done a few times, including the current overall record holder: Bolles’ Joseph Schooling, who was a 46.50 at the Florida State Championship meet in the fall. (Jack Conger also dipped under with a 46.70 at the Metro Champs, and was a 46.15 at the Tom Dolan Invitational, which doesn’t count as a high school record as it was a USA Swimming meet).

Black is committed to swim at Stanford next fall; this time already would have placed him in the B-Final at last year’s NCAA Championship meet.