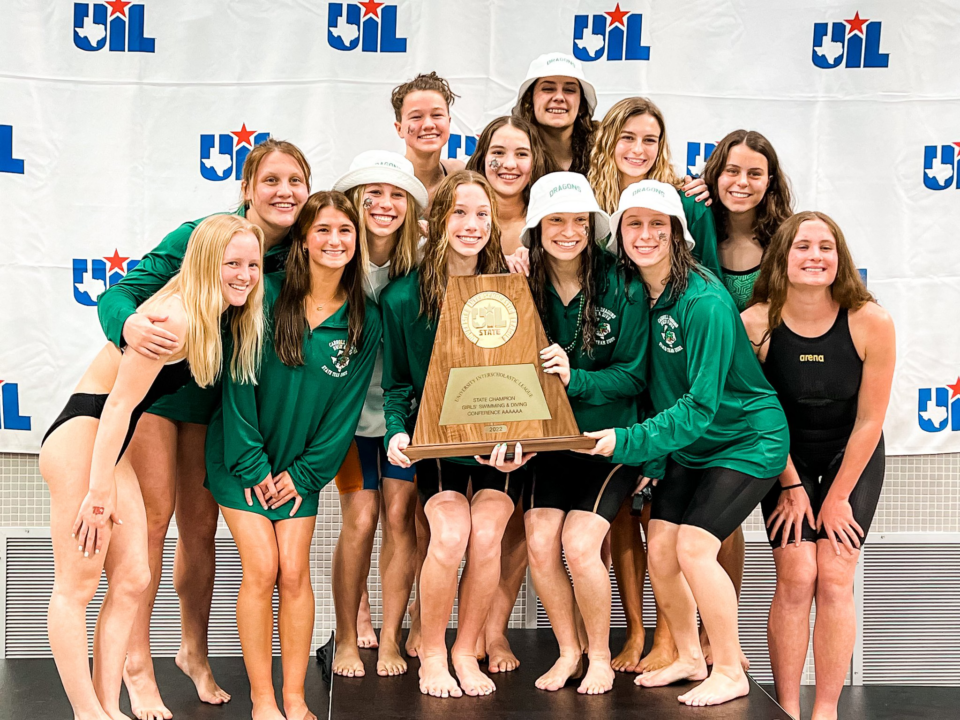 The Southlake Carroll girls won their fifth championship in the last eleven years. The team won both the freestyle relays as well as the 1 meter diving. Current photo via UIL Twitter

The Texas 6A (big schools) Championships took place this past weekend in Austin, Texas. Conroe The Woodlands were 1x defending champions. In the last ten years, Southlake Carroll has won four 5A/6A (Texas reclassified 5A to 6A in 2015) Championships.

Southlake Carroll won the meet overall in a final score of 243 points earning their fifth win in the last 11 years. Conroe The Woodlands was second with 227 points.

Alexis Newman of Humble Kingwood helped lead the team to a win in the 200 medley relay as she split a 23.96 on the butterfly leg. The relay touched first in a time of 1:42.61. Newman also won the individual 100 backstroke in a best time of 53.01.

Way to battle back Lady Dragons!