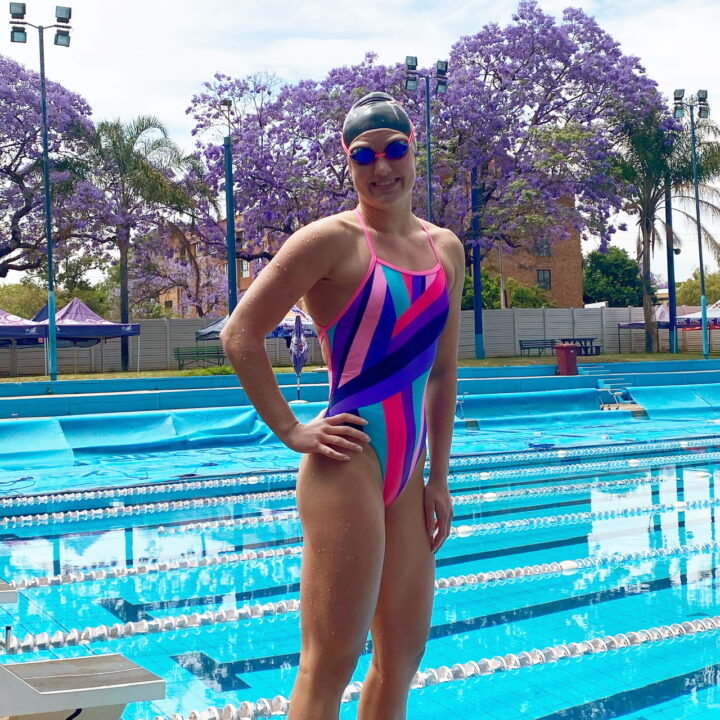 The South African National Championships got under way this morning in Gqeberha with spots on the South African international squads on the line, and the meet is already off to a fast start.

The highlight of the morning came in the women’s 50 breast, where 18-year-old Lara Van Niekerk dropped a new lifetime best and South African and African record in the 50 breast. Van Niekerk stopped the clock in 29.72, slicing over a tenth off of her previous best and world-leading time of 29.85. The swim also makes Van Niekerk the 6th fastest performer in history, behind only Benedetta Pilato, Lilly King, Ruta Meilutyte, Yulia Efimova and Molly Hannis.

Van Niekerk qualified nearly a second and a half ahead of the second place qualifier, 200 breast Olympic gold medalist Tatjana Schoenmaker, who finished in 31.16. Schoenmaker also competed in the 200 free just before the 50 breast, qualifying fourth in 2:04.03.

Also qualifying for two A finals was 19-year-old Dune Coetzee, who just completed her freshman season at the University of Georgia in the NCAA. Coetzee posted the top time in the 100 fly in 1:00.63, while qualifying second in the 200 free with a 2:01.69.

Her fellow Georgia Bulldog, 18-year-old Matt Sates, cruised to the top seed in the 400 free. Sates touched in 3:54.94, well off of his lifetime best but enough to qualify first by nearly a second and a half. Sates recently competed in the NCAA Championships in Atlanta, where he won the NCAA title in the 500 free and helped lead Georgia to an 8th place finish. Sates also competed in the 50 fly this morning, qualifying 3rd in 24.66.

The top qualifier in the men’s 50 fly was 2012 Olympic gold medalist and South African swimming legend Chad le Clos, who touched in 24.18. Just .05 behind him was 17-year-old Pieter Coetze, who dropped 3 tenths from his seed to qualify 2nd in 24.23. Coetze made headlines last summer as South Africa’s youngest swimmer in Tokyo at just 16 years old.

South Africa has a strong history of Olympic and World Leading Breaststrokers including,

Even more interesting – most of these Breaststroke phenoms, the first part of this list, are from or train/have trained in the Capital City – Pretoria.

Congratulations to Lara and Coach Eugene !