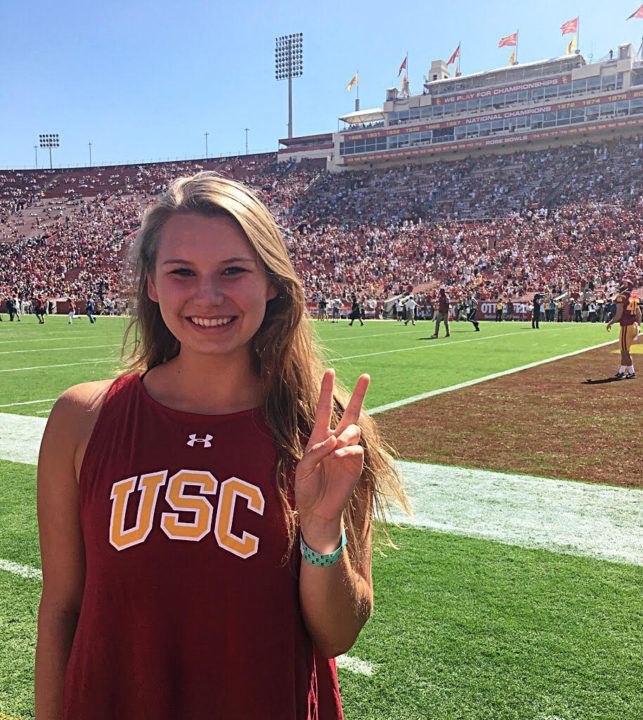 The USC women matched up against Utah on Friday in Salt Lake City, topping the Utes by a score of 142-120 for their first dual meet win of the season. Utah falls to 0-3 on the year, though all three of their matchups have come against formidable Pac-12 foes in Stanford, Cal and now the Trojans. It’s worth pointing out USC sat some of their big guns in Louise Hansson, Riley Scott and Maddie Wright.

USC won nine out of the 14 events on the program, led by sophomores Caitlin Tycz and Marta Ciesla who each had two victories.

Nice to see Kirsten Vose back in it. She had a monster freshman year, then kinda disappeared for a while.

Think she was injured… she’s a redshirt junior