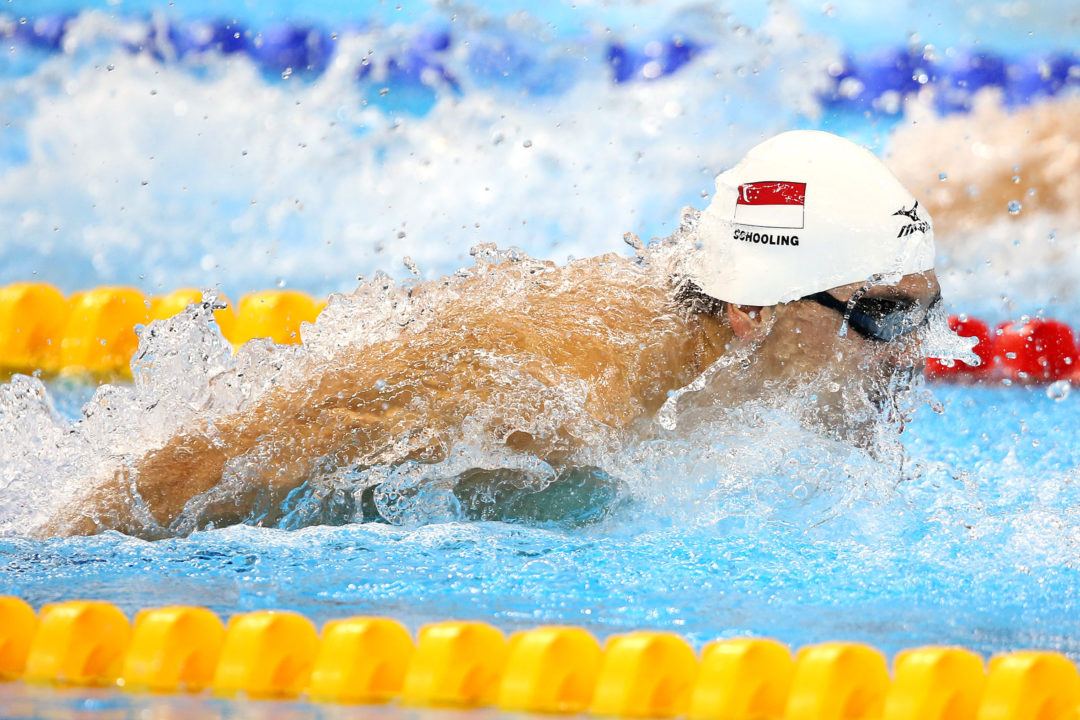 Singaporean swimmers such as Joseph Schooling will have additional qualification time for the 2020 Olympic Games with the rescheduling of events due to virus. Archive photo via Simone Castrovillari

Late last week we reported how the Singapore Swimming Association joined the list of sporting entities cancelling events due to the COVID-19 virus (coronavirus) outbreak taking place throughout the world, but especially in Asian nations.

“In view of the latest guidelines from the Ministry of Health and Ministry of Education regarding the Novel coronavirus situation,” read the SSA’s statement, “the safety of athletes and spectators is our top priority and we will continue to act on advice from the relevant authorities and take precautionary measures.”

The SSA has taken things one step further, however, as it announced the cancellation and/or rescheduling of additional events, including two Olympic-qualifying competition for pool swimmers.

Additionally, the 16th Singapore National Swimming Championships originally slated for June will be bumped forward to May, again with dates pending FINA confirmation.

As such, Singaporean swimmers will have additional time (now until June) to qualify for the 2020 Olympic Games in Tokyo.

Says Head Coach Stephan Widmar, “We must look at the circumstances as only an opportunity.

“We are not the first sporting organisation to face such adversity and we will not be the last. We will adapt, overcome and conquer.”

19-year-old multi-SEA Games medalist Darren Chua views the rescheduling as a bonus, stating, “It’s a huge plus for us because we have two more months to train.

“Even though we were about to start to taper, we now have to change the plans for a delayed final preparation for our Olympic trials.”

Quotes courtesy of The New Paper.

Of note, the Hong Kong Amateur Swimming Association says it will continue with the plan of holding its Festival of Sports Long Course Time Trial in April, although it may need to be held behind closed doors if the virus is not contained by the mid-April timeline.

The event is scheduled for April 11th & 12th at the Sports Institute in Fo Tan, with the meet represents a qualifying event for this year’s Olympic Games.

Per The South China Morning Post, Hong Kong Amateur Swimming Association president Ronnie Wong Man-chiu said, “There are still two months to go and we have no plans to call off the event at the moment.

“We understand many of our swimmers have already set their sights on this competition as it’s their major target to achieve Olympic qualification. They do not want any changes to their schedule as time for reaching the standard is running short.

“If there is no improvement in the [epidemic] situation, we will consider staging the event behind closed doors to ensure the safety and health of all participants. And this is not too difficult to achieve as the event will be held at the Sports Institute swimming pool which is an already closed off area due to the outbreak.”

Man, that has to really mess with a lot of swimmers’ training schedules! Many were probably mid taper….