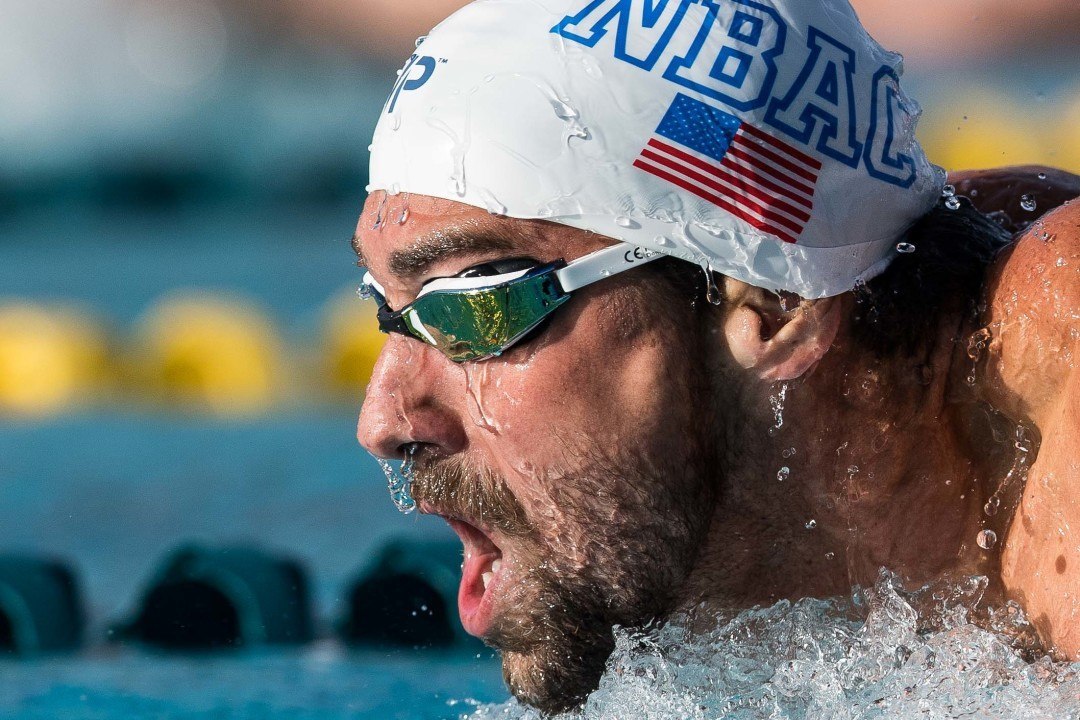 Swimming on the final day of the 2020 Bill Schmidt Invite, 12-year old Sidney Lauterbach swam a 2:05.48 in the 200 yard fly, which broke the NBAC team record in that event.

Fans of swimming will recognize the words “butterfly” and “NBAC” together as primarily the domain of the most decorated swimmer of all time, Michael Phelps, and that sense in this case would be right: Lauterbrach’s time broke the old record set by Phelps himself in 1997 at 2:05.63.

Phelps previously held 11 of the team’s boys’ records in the 11-12 age group in short course yards, including all 3 butterfly records.

Lauterbach undercut his old best time of 2:08.30, which was done in March, by almost 3 seconds with that swim.

Surprisingly, Phelps, while he held many National Age Group Records in the 11-12 age group, doesn’t even crack the top 100 in USA Swimming history in the age group in the 200 yard fly. Less than 4 years later, he would break the World Record in the 200 fly in long course to become the youngest-ever male swimmer to break a World Record in swimming.

That event, where Lauterbach finished 10th, was the only he swam in the ‘open’ age group over the weekend. He won his other 5 entries swimming as part of the 12 & under age group.

Lauterbach’s Other Results from the weekend:

Worth pointing out 11-12 year olds didn’t swim 200 stroke events until the mid 2000s. Occasionally a 12 year year old would enter in the open age group to swim an event, which I imagine is what MP did at some random meet.

I can’t imagine how exciting that must be for a kid that age from Phelps’ home club to break one of his records. He’ll carry that with him the rest of his life.

Did a double take on the picture. Thought the 12 year old kid had a beard.