University of Delaware Cut 3 Swimmers Who Attended Party in September 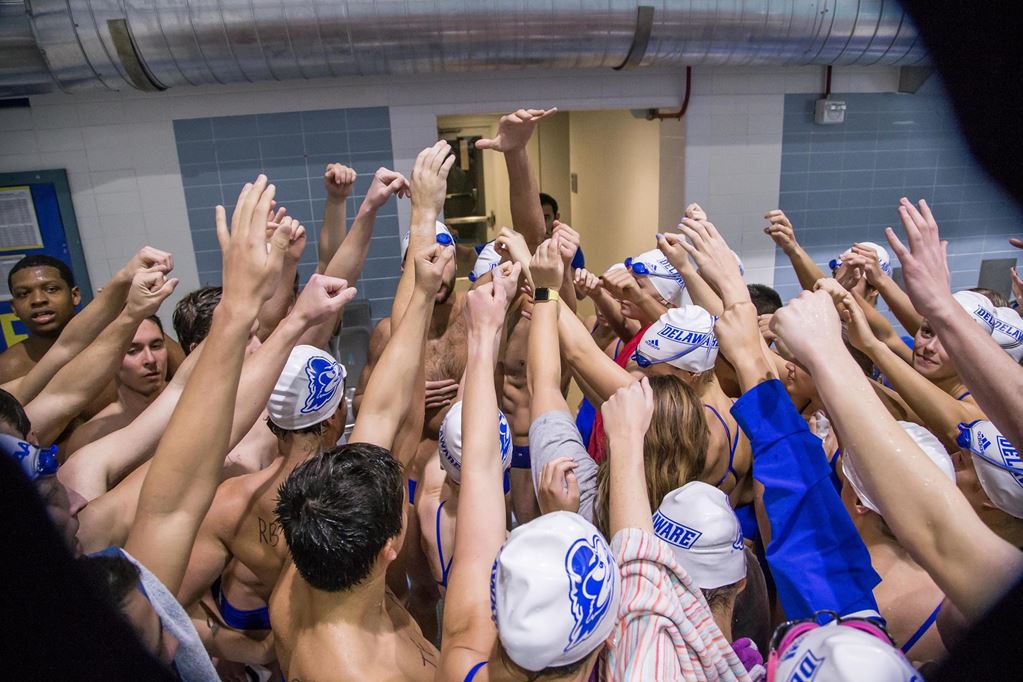 After last week suspending 19 members of the swimming & diving program, UDel confirmed on Monday that 3 others were cut, with 5 more in an appeals process. Archive photo via University of Delaware Athletics

In addition to the 19 suspensions announced last week, the University of Delaware says that several other members of the swimming & diving program have been removed from the program after a party in violation of social-distancing regulations.

First reported by the UD Review, a spokesperson for the school’s athletics department confirmed to SwimSwam on Monday that 3 additional student-athletes were removed from the program, and 5 others are currently in the University Student Conduct appeals process.

The university told students in September that those alleged to be hosting an “unlawful gathering” by the City of Newark ordinances would be placed on emergency suspension and being banned from campus until the issue is resolved.

Punishments for those attending unlawful gatherings were announced as deferred suspension, suspension, or expulsion, “as circumstances dictate.”

In total, that means that 27 members of the program have been impacted after attending what the school is calling “a large indoor social gathering hosted on September 26, 2020 at an off campus residence.”

Delaware suspended 19 swimmers & divers from all athletics related activities for varying lengths of time from 6 weeks up until the end of the fall semester.

According to the UD Review, one of the cut athletes was the hosted of the party, while others “had previous incidents with the Office of Student Conduct the year prior.” They cited an unnamed student-athlete that they spoke with.

The school says that none of the swimmers in question tested positive and that all were quarantined. The school, by policy, does not disclose identities of anybody who tests positive.

The week after that social gathering, however, Delaware did see its highest weekly count of positive cases among students and employees with 80. Those numbers fell sharply last week, however, to just 27 new cases.

Many universities across the country have suspended students and athletes for similar offenses during the fall semester. That same weekend, for example, another Division I program, the University of Denver, suspended 38 members of the swimming & diving program for a similar offense, though people around that program claim that the gathering in Denver was outdoors.

Delaware welcomed its swimmers & divers back to campus for voluntary conditioning workouts on June 10th. Last season, the Delaware women finished 5th out of 7 teams at the CAA Championships, while the Delaware men finished 5th out of 5 teams. The school has not released a swimming & diving schedule nor any specific plans for their path forward in winter season athletics like swimming & diving, though their football team is not playing this fall.

The CAA has adopted what it calls an “extreme flexibility model” for Olympic sports scheduling for 2020-2021, under which each CAA institution has committed to play at least the minimum number of contests per sport to meet NCAA sport sponsorship requirements. Each school also has the option of schedule additional games, up to the NCAA maximum, if they so choose.

These comments bouta be fire

You bring the popcorn, I’ll get the drinks!

Is someone bringing Corn Pop? He was a bad dude.

Very excited to see what Guerra and HISWIMCOACH have to say.

It’s Ol’ Longhorn. Ole is my Danish brother. Not to be confused with Ole(accent), my Mexican cousin.