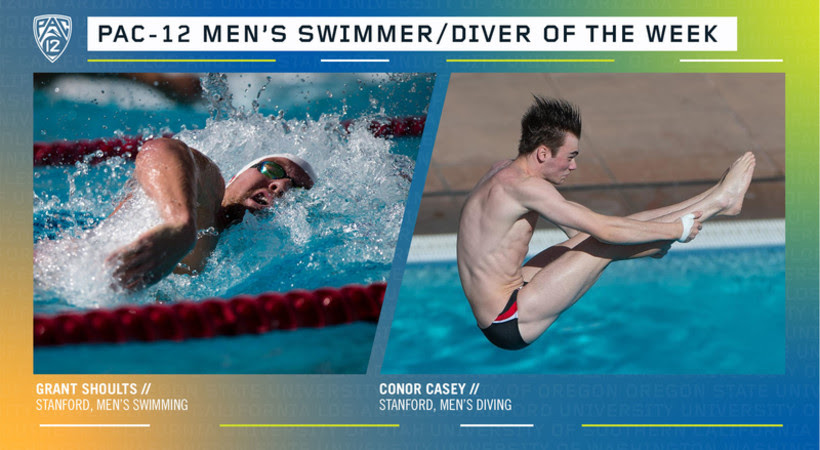 MEN’S SWIMMER OF THE WEEK: Grant Shoults, Sr., Stanford (Laguna Hills, Calif.)
Shoults earned two titles last week as Stanford dominated in its dual meet against Pacific, winning all 16 events (198-82). The senior won the 200-yard butterfly with a time of 1:48.50 and took first in the 400-yard individual medley, finishing with a time of 3:53.01.

MEN’S DIVER OF THE WEEK: Conor Casey, So., Stanford (Annandale, Va.)
Casey took first in both events he competed in against Pacific – the first dual meet of 2020 for the Cardinal. The sophomore diver’s winning scores of 356.48 on the 1-meter springboard and 311.18 on the 3M helped Stanford to a 198-82 victory over Pacific.

Nice job, Grant. Looking forward to a 3:43.5 400 in June at Trials, complete with one of your patented 12 meter underwaters coming out of the 7th turn!

So the shoulder repair was successful?!