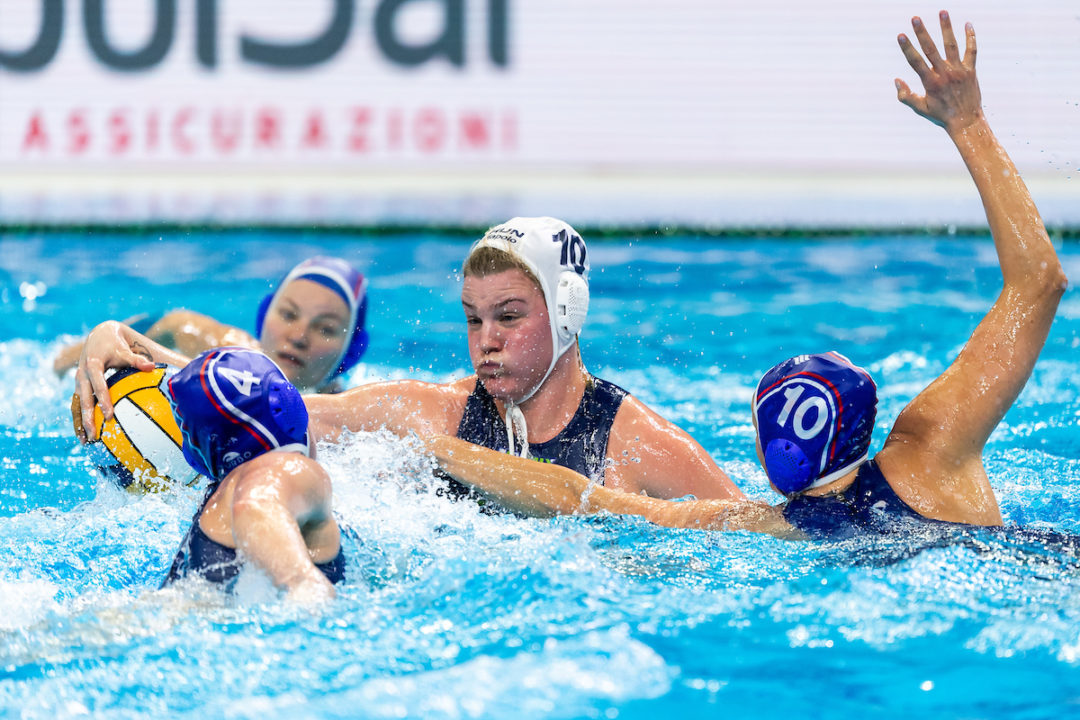 Host Hungary upended the Russians while Italy suffered another 6-goal defeat, this time from the Netherlands. Current photo via ©Giorgio Scala / Deepbluemedia / Insidefoto

Host Hungary upended the Russians in the first really thrilling match of the women’s tournament, while Italy suffered another 6-goal defeat, this time from the Netherlands. The Dutch won the second half 4-0.

Hungary and Russia usually entangle into tremendous fights, 5 out of their last 8 encounters at the Europeans – including the last two in 2016 and 2018 – saw a single goal deciding the outcome. And it ended the same way, though at halftime the hosts seemed to have firm control as they led 6-3 while the Russians were unable to score in the second period. Rita Keszthelyi already netted three goals, the second one was his 100th alone at the Europeans. However, their rivals came back strong for the second half, Maria Bersneva broke their scoreless period of 9:29 minutes and deep into the third they equalised for 6-6.

It was Hungary’s turn to bounce back and they just did that: Rita Keszthelyi’s brilliant lob halted their scoreless phase at 8:46 minutes and another action goal just 36 seconds later gave them an 8-6 lead before the last break. The last period saw an enormous fight, Russia pulled one back with 4:42 remaining then they missed a crucial man-up while Anna Illes put one away in the dying phase for 9-7. Olga Gorbunova’s ball just sneaked in from the post in a 6 on 5 so the Russians had 1:56 minutes to save a point but they couldn’t set up another fine shooting chance.

In the other big game of the day Italy once again failed to be on the same level with its rival and they suffered another 6-goal defeat like against Spain. At half-time the Netherlands led 6-4 so some more excitements were in sight – instead the Dutch netted three more goals in the third to decide the outcome. Italy remained scoreless in the entire second half, altogether for 17:42 minutes. Their man-up was 2 for 4 at the beginning, but collapsed then to go 0 for 7 afterwards and they had a 14.8% shooting efficiency (4/27). At the other end Debby Willemsz posted a 71.4% saving percentage and Maud Megens scored 5 goals, one more than the entire Italian side.

In this group Spain beat Israel with ease and France handed a 17-5 defeat to the Germans, the heaviest in the history of the two teams in 35 years.

In Group A Greece enjoyed another easy match before taking on Hungary and Russia. In the game probably deceding the 4th place Serbia and Croatia staged a brilliant battle, sometimes recalling the tensions of the males’ big clashes. The Croats had the better start and took a 2-4 lead but the Serbs hit back with three connecting goals for 5-4. But the Croats reacted well, came back to 7-7 till the end of the third and after killing a man-down they managed to score twice for 7-9. The Serbs were unable to score for long minutes, with 1:02 to go they missed a penalty, and even though pulled one back 42 seconds from time, they created a shooting chance too late in their last possession and scored only after the buzzer. This win sets up the Croats to reach the quarters for the first time in their history.